In Era of ‘Enlightened Consumerism’, Social Values are Big Business, According to CEOs of Chipotle and Pernod Ricard USA at Booth Event 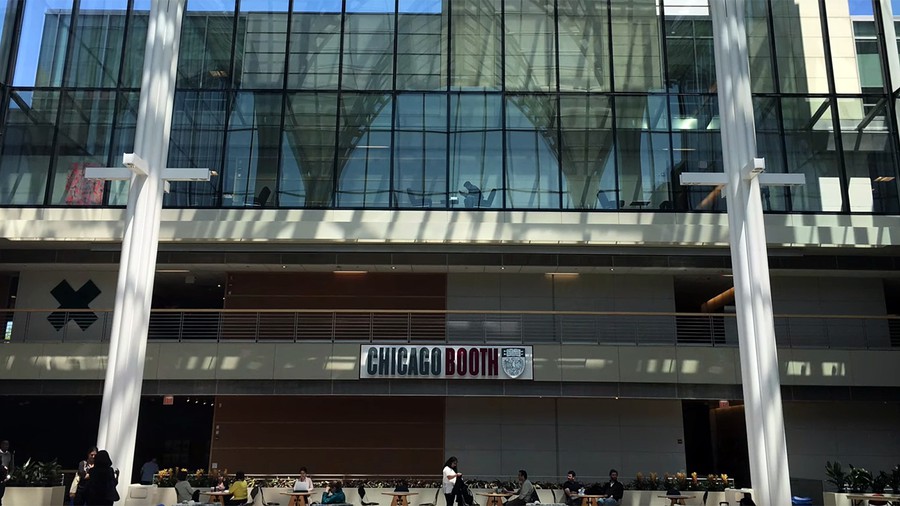 More than half a year of lockdown has produced a peculiar side effect among consumers: enlightenment, according to Brian Niccol (M.B.A. ’02), CEO of Chipotle, and Ann Mukherjee (A.B. ’87, M.B.A. ’94), Chairman and CEO of Pernod Ricard USA. This enlightenment is leading to an increase in digital spending, a heightened awareness of brand values, and a more general reevaluation of the necessity of certain in-person activities.

The panelists, both Chicago Booth alumni, sat down virtually on Tuesday to discuss the impact of COVID-19 and the cultural climate on consumer behaviors in the second installment of a recurring Booth event entitled “Road to Economic Recovery.” The event was moderated by Jean-Pierre Dubé, a professor at Booth.

The event began with a discussion about changes in the frequency and method of consumer shopping. Dubé reported that due to the pandemic, consumers are making shopping trips less frequently but spending more per trip. “The way that we’re shopping is fundamentally changed,” he said, adding that people have largely made the switch from cash transactions to ATMs and debit cards.

According to Mukherjee of Pernod Ricard, the pandemic has also caused drastic changes in the way people consume alcohol. “What’s interesting from a consumer behavior perspective is that before, when people would buy alcohol and bring it home, they didn’t consume it all, because they were going out. They were going to bars, they were going to restaurants, so it kind of sat around. The phenomenon we’re seeing now is after people stocked up, they drank it all.”

This, among other factors, explains the strong sales in alcohol off-premise and online. “This was an industry that was probably behind CPG when it came to e-commerce and digital,” Mukherjee said, using an acronym for Consumer Packaged Goods, or everyday items used by average consumers. “It is now leapfrogging in terms of that space, and we’re seeing triple-digit increases every single month.”

In addition to the large-scale switch to e-commerce, both CEOs also touched on the evolving definition of brand loyalty. Today’s consumers are more socially conscious and care more about a company’s values when determining where to shop.

“Because people don’t have a lot of time when they’re shopping—they’re scared to be out, they’re wearing masks—they’re going back to the brands they trust. That’s what we’re seeing in the numbers. And so, if you have a big brand with high loyalty, now more than ever you have to double down on reinforcing that loyalty with increased media spending, increased advertising. And it’s not just the quantity, but the quality,” Mukherjee said.

She gave examples of quality, value-driven campaigns run by Absolut Vodka, a Pernod Ricard holding, which has recently advocated for “Vote First, Drink Second” and encouraged their consumers to engage in sexual activities responsibly and with consent.

“People are not just looking to buy brands, they’re looking to buy into brands,” Mukherjee said. “This notion of what your brand stands for [and] what it stands against. People are being more critical about their brands and they are re-evaluating.”

Niccol concurred, stating that, at Chipotle, certain precautionary measures like air filtration systems and daily employee wellness checks, are being highlighted now to a far greater degree than before because they know they have an audience of mindful consumers.

He also mentioned a new development that illustrates to shoppers how ordering Chipotle benefits the environment. “We just launched this program called Foodprint, where when you order in our app, while you’re ordering, it shows you by choosing Chipotle’s food and the supply chain that we support all the way back to the farmer.” The program is designed so that consumers feel good about their “implications on water, soil, regenerative farming, [and] carbon relative to conventional approaches to the supply chain. And the response has been really, really powerful,” he said.

These changes represent a new era of ‘enlightened consumerism’, wherein people are asking more questions about the necessity of previously esteemed in-person activities, according to Mukherjee and Niccol.

“A lot of things that have been considered necessary we’ve discovered are not necessary. The thing that I value in this is hopefully that allows us more time to spend on things that actually are necessary,” Niccol said.