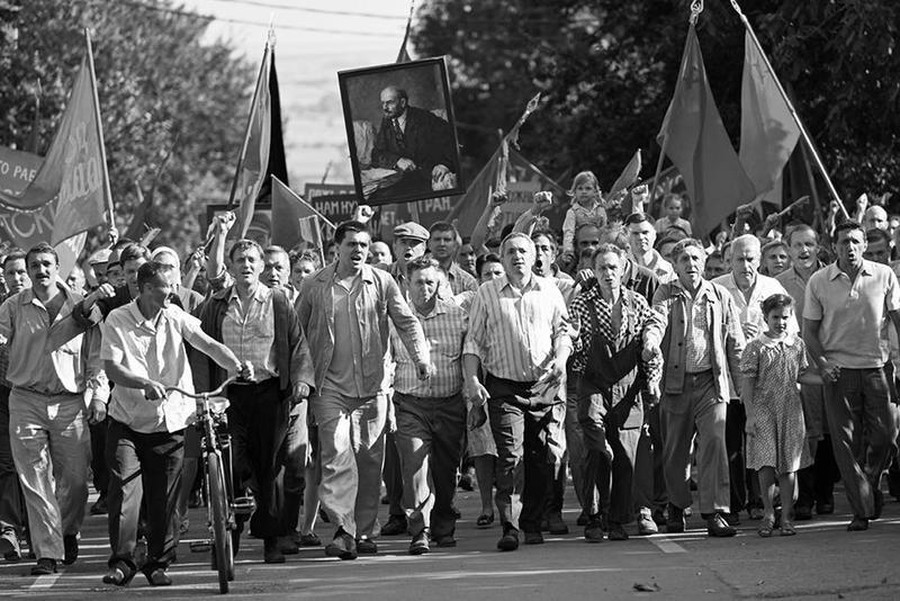 In "Dear Comrades!", characters are sensitively located within the Soviet ideological ecosystem and thus must negotiate their own terms with communism.

This article is part of an ongoing mini-series covering the 56th annual Chicago International Film Festival.

An intricate, moving depiction of the Cinema Rex Fire, a key trigger of the 1978 Iranian revolution, Careless Crime weaves together threads from the instability of the present day and the rising fervor 42 years ago to present a narrative both obscure and directly political. The film’s plot begins with a man, Takbali (Abolfazl Kahani), searching for psychiatric medication. When his attempts are stymied by United States sanctions, he is directed to a black-market dealer. In lieu of payment, the dealer (portrayed as a 20-foot-tall puppet in one of the film’s more obvious metaphors) sends him on a quest, pulling Takbali into a current flowing directly towards the fire.

Careless Crime treats time and memory as one. Characters are not confined to any of the film’s numerous time periods but move between them in the same way that the melody of a long-forgotten song can rush you into the past. Information gathered about when certain events happen must be inferred from a set of context clues that immerse you in Iran’s cultural memory. In 1978, people still smoked cigarettes in movie theaters. Western snacks were sold at the concession. Before and after the revolution, a deep anxiety gripped moviegoers, due to the pervasive censorship, and, in the present day, to the memory of the fire.

The Cinema Rex fire itself killed at least 420 people. It was a national tragedy which the Shah blamed on “Islamic Marxists” but which most Iranians blamed on the Shah. No motive for the crime was ever definitively established, and Careless Crime doesn’t attempt to offer one. Instead, it dramatizes how its characters have become trapped in its inferno.

Fireball: Visitors from Darker Worlds sees directors Werner Herzog and Clive Oppenheimer set off across the world, examining the vastly different yet somehow convergent ways in which people respond to the arrival of meteorites on Earth. By turns poetic, scientific, comedic, and historical, Fireball has a deep commitment to treating each facet of human interaction with meteorites on its own terms. In their interview with scientists working at the watchtower-like observatory on Haleakalā, Maui, the filmmakers seem almost obsessed with the possibility of a meteorite wiping out humanity. While interviewing a Jesuit priest who, purely by chance, was assigned to a town with one of the world’s best space object collections, Oppenheimer’s mind boggles at the man’s simultaneous appreciation of God and nature. At the movie’s close, a group of aboriginal people on Mer Island, Australia, revive an almost-forgotten dance wherein performers hold bunches of flaming brush in honor of the meteorites they see overhead, which, for them, represent death and the fortunate spiritual passage into the afterlife. 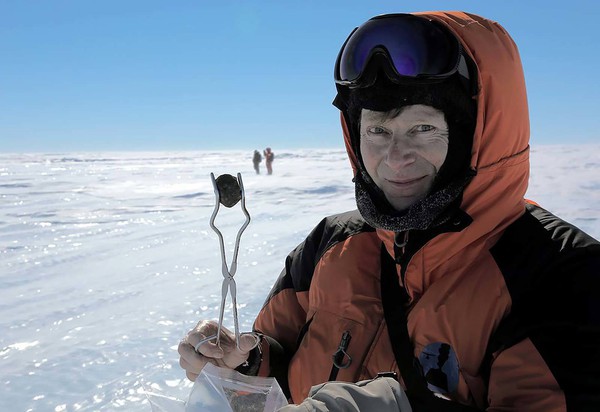 By turns poetic, scientific, comedic, and historical, "Fireball" has a deep commitment to treating each facet of human interaction with meteorites on its own terms.

Herzog’s narration is passionate and, at times, hysterically funny. He makes for a compelling guide to a world that is less isolated from the rest of the universe than you might have initially thought. Ultimately, it is his love for the subject matter which makes the movie. Although there is no explicit through line, the filmmakers’ reverent interest is more than enough to pull Fireball together.

Dear Comrades! tells the story of Lyuda (Yuliya Vysotskaya), a Soviet bureaucrat, as her family becomes entangled in the 1962 Novocherkassk Massacre, in which soldiers opened fire on striking factory workers. Lyuda initially takes a harsh line on the strike, going so far as to call in the army. However, her view begins to shatter once she learns that her daughter may have been one of the strikers who was shot.

Dear Comrades! makes a number of striking stylistic choices. The entire film is letterboxed and shot in black-and-white, giving the impression that it was made at the time of the massacre. Moreover, during its most violent scenes, it takes an almost cartoonishly comedic tone. Whirling carnival music plays in the background as terrified and dying workers run and crawl on screen, transformed into a distant, emotionless triviality in the same way that the state distanced itself from the ugliest parts of its history.

Konchalovsky has been directing films in Russia for nearly 60 years, and his ability to depict the country as it stands is uncanny. In a striking contrast to certain American portrayals of the post-Stalin Soviet Union (The Death of Stalin comes to mind), Konchalovsky does not attempt to reduce the tragedy to a conflict of morality between cynical communists and incipient liberal-democratic elements. Instead, he treats the drama and the players on their own terms. Even as they openly march against the Soviet state, the striking workers carry pictures of Lenin and red flags. Lyuda herself yearns for the order of the Stalin years, believing that the former leader would have willingly improved the condition of the workers. Characters are sensitively located within the Soviet ideological ecosystem and thus must negotiate their own terms with communism. It is with this sympathy and humanity that Dear Comrades! resoundingly succeeds.

Part revenge fantasy and part social issue film, The Columnist follows Femke (Katja Herbers), a writer beleaguered by the online harassment she’s received since writing an article denouncing the Netherlands’s Zwarte Piet blackface Christmas tradition. When her friends show little sympathy toward her and the police patronizingly tell her to ignore the hate, she decides to hunt down and kill the malicious commenters.

While The Columnist is generally entertaining, it fails to even mildly scrutinize its protagonist, undermining the (justifiably unsubtle) point that it tries to make. Not only does Femke never have to deal with the logistical problems of being a serial killer (every murder is executed so smoothly that she’s never forced her to contemplate her actions), but she never even considers whether murder is a correct, much less an effective, response. While perhaps excusable on the grounds that slasher flicks aren’t meant to be realistic, this lack of consideration deprives the film of any real substance. Sure, the film knows that killing is bad—Femke’s daughter is horrified to discover evidence of her crimes—but that seems to encompass all the harsh words on the subject, or overall lack thereof. We are presented with no information about why Femke chose to deal with her problem specifically by way of murder. I struggle to piece together any message of import on the actual issue of online harassment, aside from the idea that it makes people very upset. What’s left is a bewildering sequence of violence that may be fun but that lacks reason for taking up a full movie.