Chicago International Film Festival Part 3: The Long and the Short 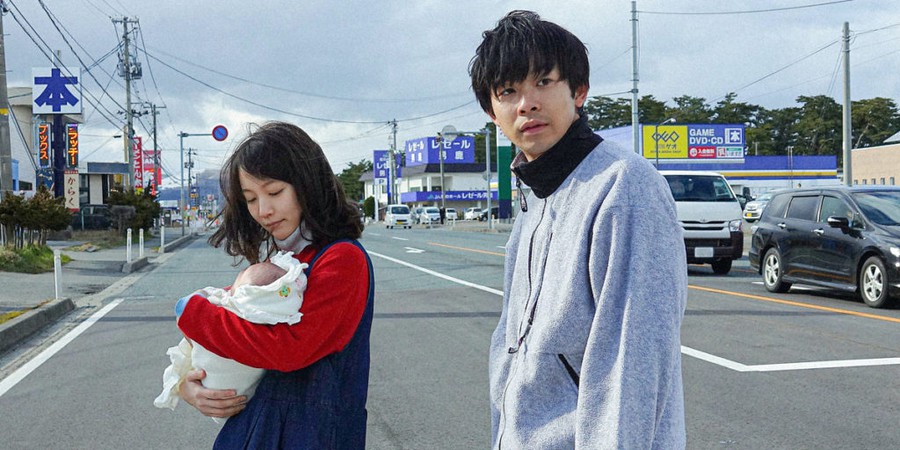 As echoes of the past constantly spill over into the present, the film resigns itself to an almost stifling stagnation.

This article is the final part of an ongoing mini-series covering the 56th annual Chicago International Film Festival.

Any Crybabies Around? opens and closes on Namahage, a Japanese New Year’s tradition practiced by residents of Akita’s remote Oga Peninsula; men dress up as masked oni (Japanese ogres) to scare young children into behaving. The film’s protagonist, Tasuku (Taiga Nakano), appears drunk and naked on national television during Namahage and embarrasses his local community. He runs away to Tokyo, away from his wife and new daughter, and the film skips ahead to two years later, as Tasuku attempts to return home. Functioning as both a character study and quiet meditation on small town life—its claustrophobia, quiet, and layers of ritual and traditions—Any Crybabies Around? follows Tasuku as he attempts to reconnect with the life he left behind.

Like his protagonist, director Sato Takuma left Akita for Tokyo in his twenties. He draws on personal experience to portray the quiet melancholy of shrinking rural towns and the desperation to uphold traditions like Namahage. Yet at times, as echoes of the past constantly spill over into the present, the film resigns itself to an almost stifling stagnation. Over and over, Tasuku returns to the beach where he passed out drunk on that fateful New Year’s. He watches silently as the shore curves into a line of blinking windmills, waves washing over the sand and back out to sea.

Intentionally un-subtitled, minimalist, and at times achingly passive, Days is the sort of film one might expect as a photo exhibit or art gallery: a series of seemingly disparate long-shots, lending audiences a glimpse into two characters’ lives as they come together, briefly intertwine, and part ways. It’s true-to-form for director Tsai Ming-Liang, a slow-cinema auteur whose films can be difficult to sit through for those unused to their pacing and style.

Each shot is carefully composed, vignette-style, with barriers: walls, railings and windows all act as boundaries, as if the camera and the audience by extension are allowed only the barest glimpse into the protagonists’ lives. Despite the intense—almost paralyzing—focus on each shot, watching the film feels isolating; white-and-blue lights flood almost every scene, as alienating as the film’s lack of music or dialogue. The film’s sole moment of warmth comes from a single scene where one character gifts a music box to the other, the room cast in shadow but for the yellow glow of a lamp. The music box returns again in one of the film’s final scenes: it belies a lingering, aching sadness, Tsai’s focus clear amidst the otherwise frustrating ambiguity and pacing.

The Woman Who Ran

The Woman Who Ran stars Kim Min-hee, director Hong Sang-soo’s frequent collaborator and romantic partner, as Gam-hee, who visits three other women in a slice-of-life character study. Throughout the film, Gam-hee catches up with different women in her life as they drink, eat, talk, and are reminded constantly about how terrible men are. As the women converse, they are frequently interrupted by unwanted men, whose faces are obscured from the camera. It’s a surprisingly revealing look at gender dynamics and femininity, even if at times clumsy and awkward in its handling.

The Woman Who Ran feels like what would happen if you made “lofi hip hop radio - beats to relax/study to” into a movie. Time is straightforwardly linear, conversations quietly fulfilling, the ending a return to an earlier scene in the film as Gam-hee watches an empty shoreline in an empty theatre. It’s the sort of film you long for when trapped in your house during a pandemic…but would forget the simple pleasure of otherwise.

In many ways, the 56th Chicago Film Festival gave audiences a look at the new, COVID-19 film industry—halting, virtual, but tentatively moving forward. As more and more blockbuster releases are delayed in anticipation of a vaccine that might be a while yet, the festival offered the chance to step back and enjoy perhaps the final few films from a pre-COVID world. We encourage everyone to watch any of the films reviewed above when available.