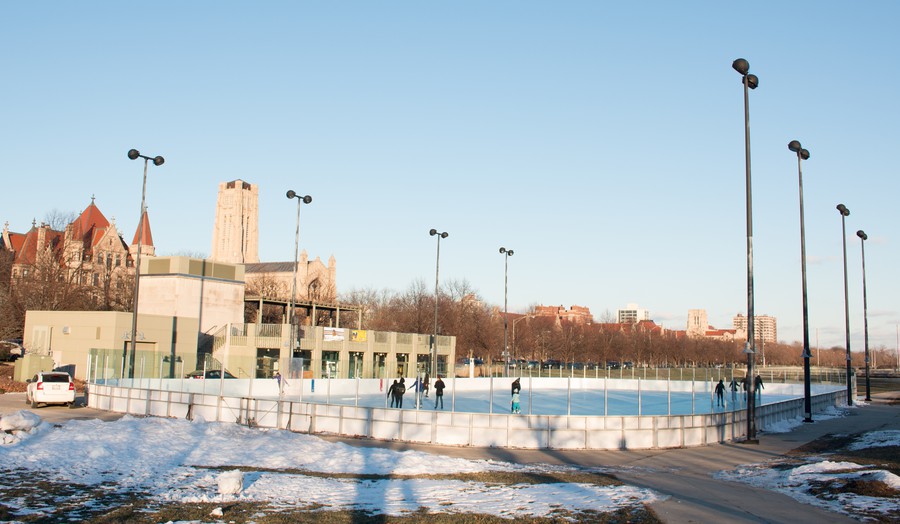 By Caroline Kubzansky   and Matthew Lee

A group of students in the geophysical sciences department are demanding that professor Dorian Abbot be removed from his position as Department Website and Social Media Committee Chair in response to a series of videos that criticized many diversity, equity and inclusion (DEI) efforts in his department and in academia as a whole.

In these videos, since taken down, Abbot alleged that his department discriminated against white and Asian candidates in their admissions and hiring processes, claimed that conservatives and Christians are mocked in the academic environment, and urged his colleagues to reject affirmative-action based hiring practices. These allegations, Abbot claimed on Twitter, are now the subject of an investigation by the University’s Title IX office.

“We are right to feel compelled to do something about [injustice],” Abbot says in one video, titled “My perspective on the current academic climate.” However, he goes on to describe how it seems to him that a white, conservative, Christian male from the Florida panhandle would not feel he had a place at UChicago.

Abbot also made specific allegations about hiring and admissions practices he viewed as problematic. In his video, Abbot says that in a recent selection process for a postdoctoral fellowship, two out of 47 male applicants were selected, versus six out of 31 female applicants. In the same video, Abbot also alleges that he “has seen us discriminating against Chinese applicants and I feel terrible about it. Chinese students are just as creative and independent thinking as American students.”

After discussing acts of service as a way of fighting injustice, Abbot urges his audience to “treat all applicants fairly by only judging them on the basis of their ability and promise as scientists.”

Abbot’s views have generated a controversy both within his department and in the general public.

Graduate students in the department of Geophysical Sciences delivered a letter to department faculty on November 20, writing that Abbot’s videos constitute an aggressive action toward underrepresented groups in the department and undercut the efforts of the Equity, Diversity, and Inclusion Coordination Team (EDICT). They also questioned the soundness of Abbot’s argument.

“In these videos, he uses anecdotal evidence and poor statistics not supported by peer-reviewed literature about diversity,” the letter says.

Among other demands, the letter’s signatories ask that Abbot’s Teaching and Research Assistants be allowed to opt out of their responsibilities, and that students in Abbot’s classes be given the option to complete the quarter with another instructor.

The petition also alleges that Abbot inappropriately used student photos obtained via his official role as Department Website and Social Media Committee Chair and demands that he lose his position and privileges for that role immediately. In “My perspective on the current academic climate,” a photo of several Department of Geophysical Sciences students gathering is displayed with the caption “let’s treat all applicants fairly by judging them only on the basis of their ability and their promise as scientists.” The same photo was featured on the Department of Geophysical Sciences’s official website under the “prospective students” page.

In response to a request for comment, Abbot directed The Maroon to a statement he posted on his Twitter.

In that statement, Abbot said that several of his colleagues had privately contacted him to express concern regarding “the way that anyone who tries to dissent on certain issues is immediately assumed to have racist or otherwise bigoted motives, which prevents the intellectual exploration of that issue,” and that he had intended the videos to follow up on those privately expressed concerns.

In a statement to The Maroon, organizers said they wrote the letter because they saw a lack of existing levers to enact social change in their department.

“There are currently no real or reliable means of addressing incidents of bias, nor of making structural or policy changes in the department,” organizers wrote. “The department culture is dominated by an inclination not to name names, and currently the department primarily relies on seminars and discussions rather than on changes that will materially help marginalized students in the department.”

The organizers added that they made the letter public in order to “put maximal pressure on department leadership.”

Geophysical Sciences Department Chair Fred Ciesla forwarded a request for comment to University spokesperson Gerald McSwiggan, who said that EDI efforts were a priority for the department as well as the University as a whole.

“Members of the Department of the Geophysical Sciences have been actively engaged in building a stronger, more diverse community of scientists through efforts such as the Equity, Diversity, and Inclusion (EDICT) team, membership in the American Geophysical Union’s Bridge Program, and education and discussion groups focused on diversity and inclusion,” he said.

McSwiggan added that the University does not speak for individual faculty members.