The initiative comes after multiple unsuccessful attempts to sustainably provide menstrual products around campus by both Student Government and the Wellczar program. 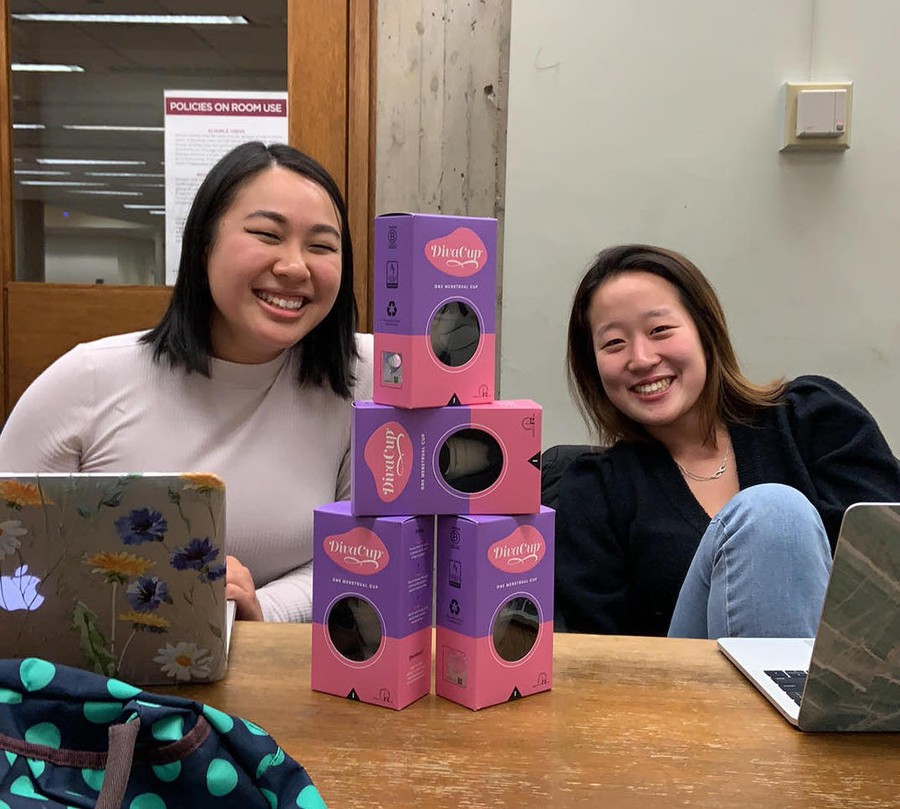 Courtesy of Health and Wellness Committee

The Health and Wellness Student Committee of Student Government (SG) has partnered with DivaCup, a manufacturer of feminine hygiene products, to provide free menstrual cups in the Reg. The Committee began sending out online forms in late January to gauge student interest in attending menstrual cup training sessions and receiving a free DivaCup. Training sessions will be held throughout winter quarter by committee members, who will have themselves undergone training. Distribution of menstrual cups will begin late winter quarter to early spring quarter.

According to Suah Oh, a member of the Committee, “there has always been a demand for free menstrual products in the bathrooms.” In 2016, a pilot program to provide disposable menstrual products in buildings around campus was launched by Health Promotion and Wellness (HPW) and Student Government. This program was eventually halted, however, because the responsibility of replenishing products lay solely on student leadership in many locations.

Early this year, a similar proposal to provide menstrual products through the Wellzar program was made during the second Wellczar meeting of the quarter. HPW’s Wellczar program provides health and wellness resources to houses through student liaisons from each house.

However, after talks between Wellczar Student Coordinator Sabrina Sternberg and Elizabeth Webb, assistant director of well-being initiatives in HPW, the proposal was shot down for similar reasons as the previous program.

According to Sternberg, although Wellczars are currently providing free condoms in house bathrooms, menstrual products would, “go much faster than condoms because they’re needed.” The constant restocking, “would mean coming to HPW, picking them up, distributing them throughout the house…. That would be a lot of work for [Wellczars].”

The challenge of choosing the best gender-neutral location for menstrual products in dorms was also raised in Sternberg and Webb’s discussions, given that dorms have different gendered bathroom practices. “As a former Wellczar, it can be difficult to figure out the best places to put these things,” Sternberg said.

Currently, Coulter House in Burton-Judson Courts and Wendt House in Renee Granville-Grossman Residential Commons, among others, are using their own house funds to provide students with free menstrual products.

Adiah Coffey, a second-year Wellczar in Wendt House, first approached her house council for funding, but was redirected to the Wellczar program. At the next meeting, she and other Wellczars who wanted to implement similar programs were told “to approach [their] individual houses about funding that program, because it was something the Wellczar program was not able to provide funding for,” Coffey said.

“It sort of felt like I was being sent in a circle,” Coffey said, “everyone was really excited about the program, but no one really wanted to be the one to pay for the program or take initiative.”

“The responsibility of providing [those resources] fell to each individual Wellczar, which means some houses do have this program, but others don’t,” Coffey said, citing the fact that not all houses have the same amounts of disposable house funds to put towards such a program.

An initiative by last year’s SG Slate provided pads and tampons through vending machines on the A-Level of the Reg. These machines are constantly restocked by SG, however, since this constant restocking is “not necessarily the most economically or logistically sustainable option,” Oh said, the Committee will be replacing pads and tampons with the more long-term DivaCup, which they also advocate as a more eco-friendly option.

DivaCups come in three different sizes (Model 0, Model 1, and Model 2) depending on the user’s age and flow intensity. Made of silicon, users can clean and reuse each DivaCup several times. The devices prevent residue buildup in the vagina and lower chances of toxic shock syndrome or infection. DivaCups also come with markings on the side with measurements in milliliters, allowing users to recognize inconsistencies in flow. More details on using DivaCups will be explained in training sessions by the Committee, which will provide informational brochures, coupons, presentation slides, and demo kits.

In a statement to The Maroon, the University said that Campus and Student Life is open to considering new ideas to provide menstrual products on campus. In addition, the Health and Wellness Student Committee is working towards, “destigmatizing the talk around menstrual health.”

“It is crucial for a menstruating person to be aware of all their options,” Oh said. “We hope that this project takes off and becomes a long-term, sustainable practice of providing menstrual cups for students.”