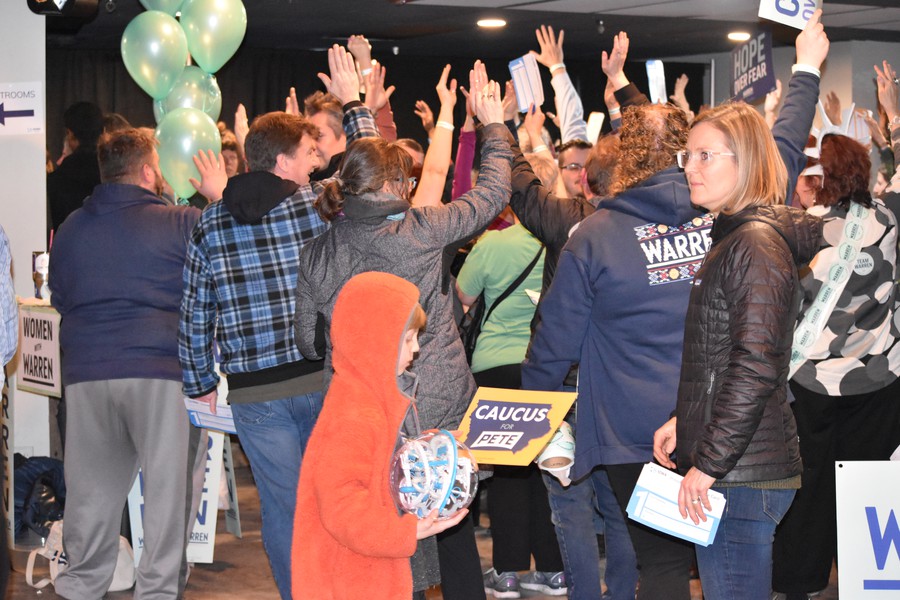 Four Maroon reporters covered both the caucuses and the final weekend preceding them as embedded reporters with UChicago’s three major student groups supporting candidates: UChicago for Bernie Sanders, UChicago for Pete Buttigieg, and UChicago for Elizabeth Warren. On caucus night itself, Vermont Senator Bernie Sanders (A.B. ’64) and former South Bend, Indiana Mayor Pete Buttigieg took 26.1 and 26.2 percent of state delegate equivalents or SDEs, respectively. Massachusetts Senator Elizabeth Warren took third place with 18 percent of SDEs. SDEs are the proportional number of delegates a candidate receives from each caucus location, and are often considered the best measure of a campaign's strength.

This year’s caucuses were fraught: A bungled last statewide poll before the caucuses left campaigns, supporters, and caucus-goers without a projection for who would win Iowa; and caucus officials faced difficulties using the app meant to collect and tabulate local caucus results, which delayed a full set of outcomes for days. At one point, the Iowa Democratic Party (IDP) had to retract a batch of results due to an error that showed Deval Patrick and Tom Steyer having more support than they actually had.

The IDP released 100 percent of the results on February 6, three days after Iowans caucused. As of February 10, the Associated Press says it is still unable to declare a winner, and the Buttigieg and Sanders campaigns requested partial re-canvasses on Monday. Tom Perez, the head of the Democratic National Party, also called for a re-canvass on February 5.

Electoral chaos notwithstanding, UChicago for Warren is planning to build its support on Warren’s third-place finish ahead of the March 17 Illinois primary, where 184 delegates to the Democratic National Convention are up for grabs.

“We plan on continuing to expand our grassroots support here at UChicago and collaborate with the Illinois for Warren team on the ground to ensure that we win the primary,” organizer and third-year Celia Hoffman said.

Buttigieg exceeded his poll projections in Iowa, garnering 26.2 percent of support when he had been predicted, in the most recently published Iowa poll from January, to only take 16 percent of likely caucus-goers.

“After a successful Iowa caucus, we plan on expanding our organizing on campus—putting on phone banks and canvasses, especially ahead of the Illinois primary later this spring,” second-year organizer Zander Arnao said.

UChicago for Bernie, which brought about 130 student volunteers to Iowa for the weekend before the caucuses, has already organized a meeting to discuss their next steps. Organizers of UChicago for Bernie have asked for every member of their mailing list to commit to canvassing one hour each week until the primary.

“With our experience from Iowa, UChicago for Bernie is excited to double down on our efforts to win the Illinois primary with near-daily canvassing, phone banking, and other events on and off campus. We’re also continuing to organize with students from around the region—on February 19, the first day of early voting in Chicago, we’re convening a large group of students to vote together for Bernie downtown,” Kirsten “Kit” Ginzky (A.B. ’15) said.

New Hampshire, the first primary state in the country, voted on Tuesday. As of 11:00pm, Vermont Senator Bernie Sanders (A.B. '64) was in the lead with 25.8% of support.