Weekend of Workshops: A Call for UT to Workshop Itself 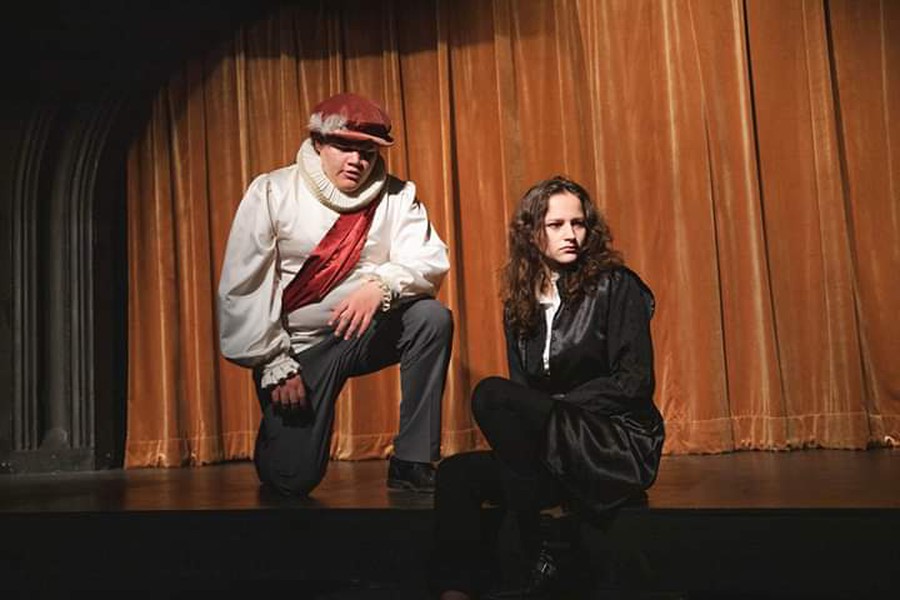 What exactly is the purpose of University Theater (UT)? On their website’s front page, the RSO’s stated commitment is the “nurturing of artistic practice and affecting catharsis across campus.” But with one look at the Winter Quarter Weekend of Workshops (WoW), it is disappointingly obvious that UT has lost sight of this goal somewhere along the way. WoW struggled to wow attendees, pointing to UT’s dire need to separate catharsis from self-indulgence and create art that is accessible for new audiences.

As someone who has worked on five UT productions and seen twice as many, I recognize that WoW is a decidedly more lowkey affair than the mainstage performances. With generally smaller casts, condensed rehearsal schedules, and shorter run times, this opportunity holds the potential for an excellent and comfortable introduction into UT for new actors and audiences alike. As it stands, however, the fatal flaw of WoW is undoubtedly a sense of self-indulgence. Each performance is drafted and produced by an established individual or duo of the UT community, and this auteur environment ultimately cultivates a jarring disconnect between the performers and the audience.

Across its 70-minute runtime, WoW included a double bill of one-act plays and three preshow performances. The first one-act of the night, titled ’Amlet and directed by Don Harmon, was a performance of the first act of Shakespeare’s opus with a twist; the actors were trained to deliver the dialogue with a 16th-century English accent, which, as the playbill itself stated, explains why their accents and speech were as unintelligible as those of the adults in Charlie Brown. Of course, using a cheekily atrocious accent does not mean an actor won’t still sound atrocious, no matter how deliberate. But when it is paired with poor enunciation and the emotional range of a Saturday morning cartoon cast, it turns a semi-interesting novelty into a frustrating gimmick. Perhaps if the actors had infused their treatment of the text with more ironic B-movie camp, ’Amlet would have worked as a lampoon of the melodrama often found in UChicago’s Shakespeare performances. But if the cast and crew insist on taking the show seriously, it would be wise to master the basics of Shakespeare before catering to personal fancies.

Rounding out the main event was The Asian Crime Show Play, written by Kenjiro Lee and directed by Al Nguyen. I will give this piece points for creativity, as it was a wholly original work by University students as opposed to an adaptation. Like ’Amlet, however, it unfortunately falters both in conception and execution. Presented as a deconstruction of the typical police procedural show, the play uses two self-aware background characters to drive a discussion on Asian representation in entertainment. But despite the play’s reasonable conclusion that tokenism in entertainment is a hollow victory as opposed to creating shows with equal representation, it fails to move beyond merely acknowledging institutional flaws. If the production were further fleshed out, either with more action between all of the characters or a second act which served as an example of a racially integrated police procedural, it might have been more effective. On its own, Asian Crime Show Play seemed to act solely as an extension of the writer’s personal philosophy stated at the start: “If you want to be a successful minority writer, all you need to do is write a show about race, throw in the phrase ‘white people are bad,’ and then you’re set.” The show is certainly about race, but its lack of a story beyond acknowledging race in entertainment, coupled with the actors’ somewhat lacking emotional power, made this one-act yet another missed opportunity.

As for the three preshow performances, they seemed more akin to time fillers than a proper introduction to the one-acts. Aside from the discussion of Asian Crime Show Play from the writer, there was a stand-up comedy routine by Mimansa Dogra and a magic routine by Spencer Ng. While both of these performers seemed rather nervous during their individual moments, their Hugh Grant–esque awkward charm and genuinely enjoyable acts ended up being the most memorable performances of the evening, particularly Ng’s impressive sleight-of-hand rope tricks and rapport with various audience members.

That said, the fact that these two preshow performances were the highlight of the evening is a perfect example of what is wrong with WoW and UT as a whole. These two individual entertainers are not established members of UT or actors in the eponymous workshops, and yet their work engaged the viewers much more effectively than that of established UT members. If the audience warm-up ultimately outshines the main performance, it is a sign that UT perhaps needs to take a more active approach to overcome its insular nature and allow WoW to be a true foundation for new players, as opposed to a space for the personal projects of the old guard.