The Campus Policy Research Institute (CPRI) report is based on a survey of 265 undergraduate students regarding the state of mental health resources on campus. 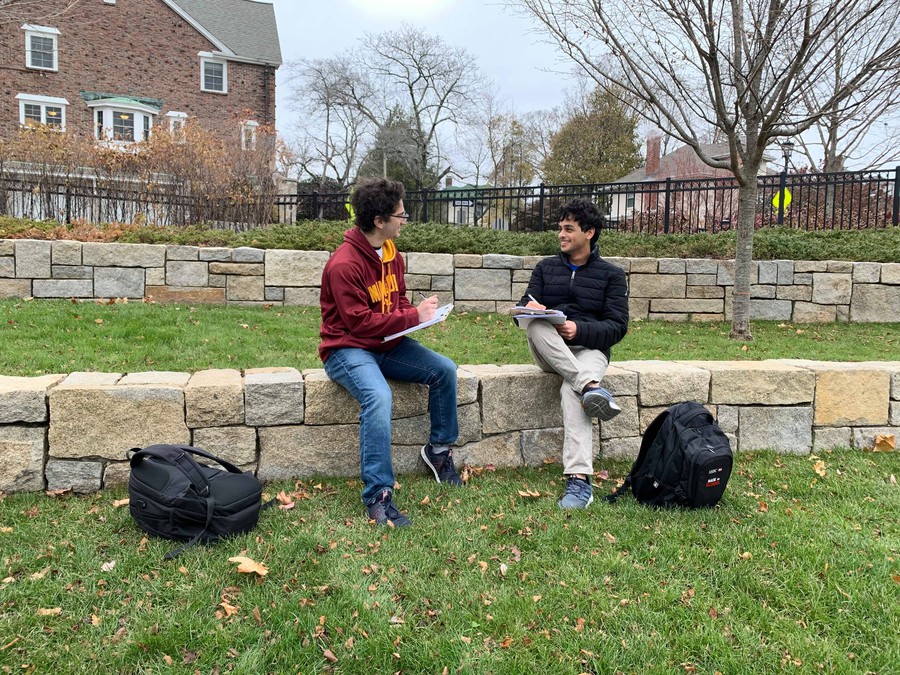 The CPRI, founded this year, is a campus think tank funded by the student-led UChicago Democracy Initiative that “aims to produce viable research, which can be used to inform SG [Student Government] and administrative decisions,” The Maroon reported.

Both reports focused on finding solutions to mental health problems on campus by making direct policy recommendations. “We can call out problems all we want but if we don’t find solutions it doesn’t help anything,” said first-year and external report contributor Ryan Jacobs.

The internal report, which surveyed 265 undergraduate students through a voluntary online form, found students surveyed expressed a strong interest in the Student Counseling Service (SCS), with 82.6 percent of students stating they have considered using SCS. However, only about half (49.8 percent) of students have used SCS, and of those students, 54.5 percent were not satisfied with their experiences. Wait times proved to be a focus for the researchers as two-thirds of the students (67.2 percent) who sought help from SCS reported having to wait at least two weeks before receiving any assistance.

The survey of students also found that sexual orientation was a factor in determining whether a student considered seeing SCS and their fears towards making an appointment.

The internal report also examined the role and negative perception of the University of Chicago Police Department (UCPD) in interactions concerning mental health, highlighting the case of Charles Thomas, a student shot by UCPD during a mental health crisis, as well as inadequacies in the University’s leave of absence policy.

The internal report further recommended, “creating a methodology consisting of (1) mobilization of resources to become more accessible for students to direct their own treatment, (2)  optimization of existing resources from SCS, and (3) improving communication between all UChicago responders of mental health problems to convey student concerns and improve handling of problems on a case-by-case basis.”

Regarding interactions with UCPD, researchers suggested a better channel of communication between students, UCPD, and the Dean-on-Call. “We recommend that for any student interaction with UCPD under the context of policing, the Dean On Call should follow up with the student to take note of not only the procedure of the police, but what students are feeling and, most importantly, if they are okay,” the internal report reads.

Parul Kumar, a second-year and principal investigator for the internal report, hopes students and administrators will use the report’s findings to help drive conversations as well as raise new questions around mental health on campus.

“I think that this report raises questions as well as it answers them. And I think it’s important to be cognizant of the questions it raises,” Kumar said in a statement to The Maroon.

Conversely, the external report, which investigated student mental health policies at peer institutions like Northwestern University, Boston College, and Massachusetts Institute of Technology (MIT), suggested a substantial increase in mental health counseling at UChicago and recommended the implementation of programs observed at these peer institutions.

“Wait times should be reduced through the addition of staff because no one can plan when they are going to need help three to four weeks in advance,” the report said.

The researchers recommended the creation of a centralized academic planning office similar to MIT’s S3 program, “where wellness specialists aid students in creating tailored plans to tackle their stress and other mental health matters, be it extensions or referral to specific treatment options,” to help students better balance their academics. In addition to more mental health resources, the report also urged increased public awareness efforts, suggesting mandatory O-Week programming so that new students know the mental health resources available to them on campus.

The external report suggested the formation of a university fund for student-led mental health projects. “The potential for UChicago students to use their intellect and creative genius to benefit each other is practically boundless and could have a plethora of exciting prospects in the short- and long-term.”

Ben Konstan, a second-year and researcher for the external report, said CPRI plans to reach out directly to the student population, student government, administration and University trustees to get the reports’ policy recommendations implemented at UChicago.

“Change, obviously, is slow here, but if as many forces as possible are trying to make it happen, we think that’s the best way,” Konstan said.

In a statement to The Maroon, SCS said “[we] welcome student engagement and we appreciate the Campus Policy Research Institute’s (CPRI) suggestions for supporting the health and well-being of our community. SCS regularly conducts patient satisfaction surveys, and the most recent results from surveys completed between July 2018 and June 2019 found that 96% of responding students either strongly agreed or agreed that ‘coming to SCS has made a positive difference on me as a student.’ We are constantly looking for ways to enhance our services and increase access to care, and are considering the recommendations put forward by CPRI.”