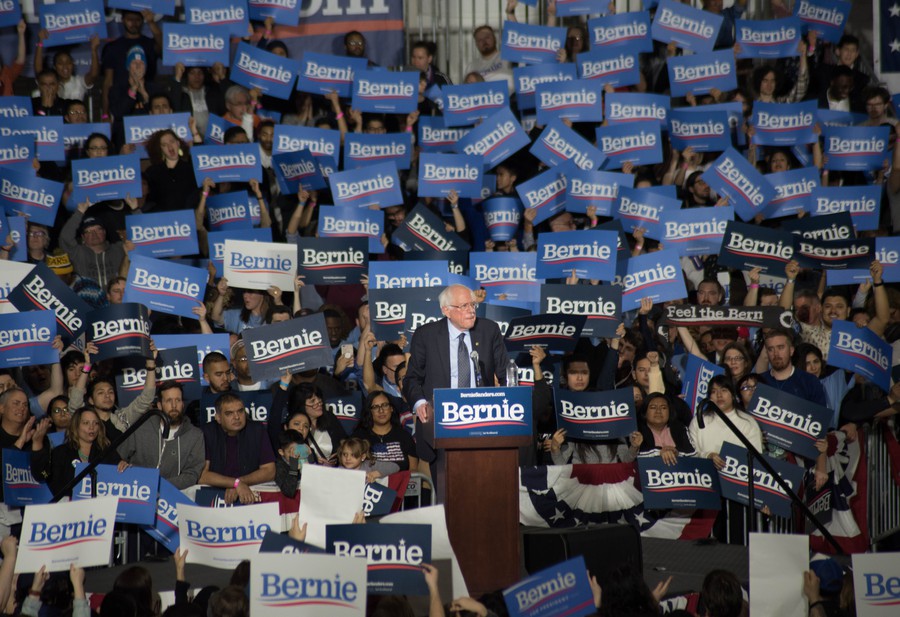 Last Thursday, UChicago for Bernie hosted a panel of academics and journalists to discuss what they hope to see from a possible Bernie Sanders (A.B. ’64) presidency. Discussed topics included solidarity within communities, movement building, and accountability.

The talk was organized by Kirsten “Kit” Ginzky (A.B. '15), a Ph.D. student at the School of Social Service Administration, James Skretta, a third-year Ph.D. student in the Music Department, Agnes Malinowska (Ph.D. '18), and Josh Stadtner (M.A. '19).

The panel discussed what a future Sanders presidency would look like, the potential victories and pitfalls of his presidency, and what it would take for him to win.

Cohen said that the need for a mass movement transcends Sanders’s candidacy. “I want to invest in institutions [and] organizations that are already present in Chicago doing the work of organizing communities,” she said. “I am all in, but for a broader understanding of what we mean by movement-building truly beyond Bernie.”

Dawson agreed about the need to organize communities, emphasizing that a movement would hold President Sanders accountable for his campaign pledges especially given the possibility that Sanders could enter the White House but alienate Congress. “It’s all too easy, once you get elected, to become partners with the powers that are already there,” Dawson said. “We have to ensure that people on the ground in communities are holding elected representatives accountable.”

“Solidarity is best built around identifying policies [and] programs that have the public good, that are expressed in the most universal terms, and [that are] holding your representatives accountable,” Warren said.

Vargas said he hoped Sanders would have “more of an inclination to break the rules” in order to accomplish his campaign pledges.

The panelists ended with their thoughts on the ways the Sanders campaign has changed American’s perceptions of institutions, and what they believe can be accomplished by political organizing.

Uetricht said that Americans’ “sense of what is politically possible has been so beaten down,” adding that he hopes the Sanders campaign can show people that “we can use politics to make our lives better.”

Cohen described Sanders’s candidacy as an opportunity to start changing the structures and forces that shape the world we live in. “It is the commitment from Sanders to say, ‘Not Me, Us,’ in the deconstruction of neoliberalism and capitalism to be invested in a democratic process that really does empower people at the local level,” she said.

“The Sanders candidacy has opened up the space for discussion of capitalism, and that might be the bigger victory, in fact: that it is taken seriously,” Cohen said.

This article and a subsequent correction misspelled the name of one of the event organizers. Her name is Kirsten Ginzky.