UChicago for Pete Members Look Back on their Canvassing 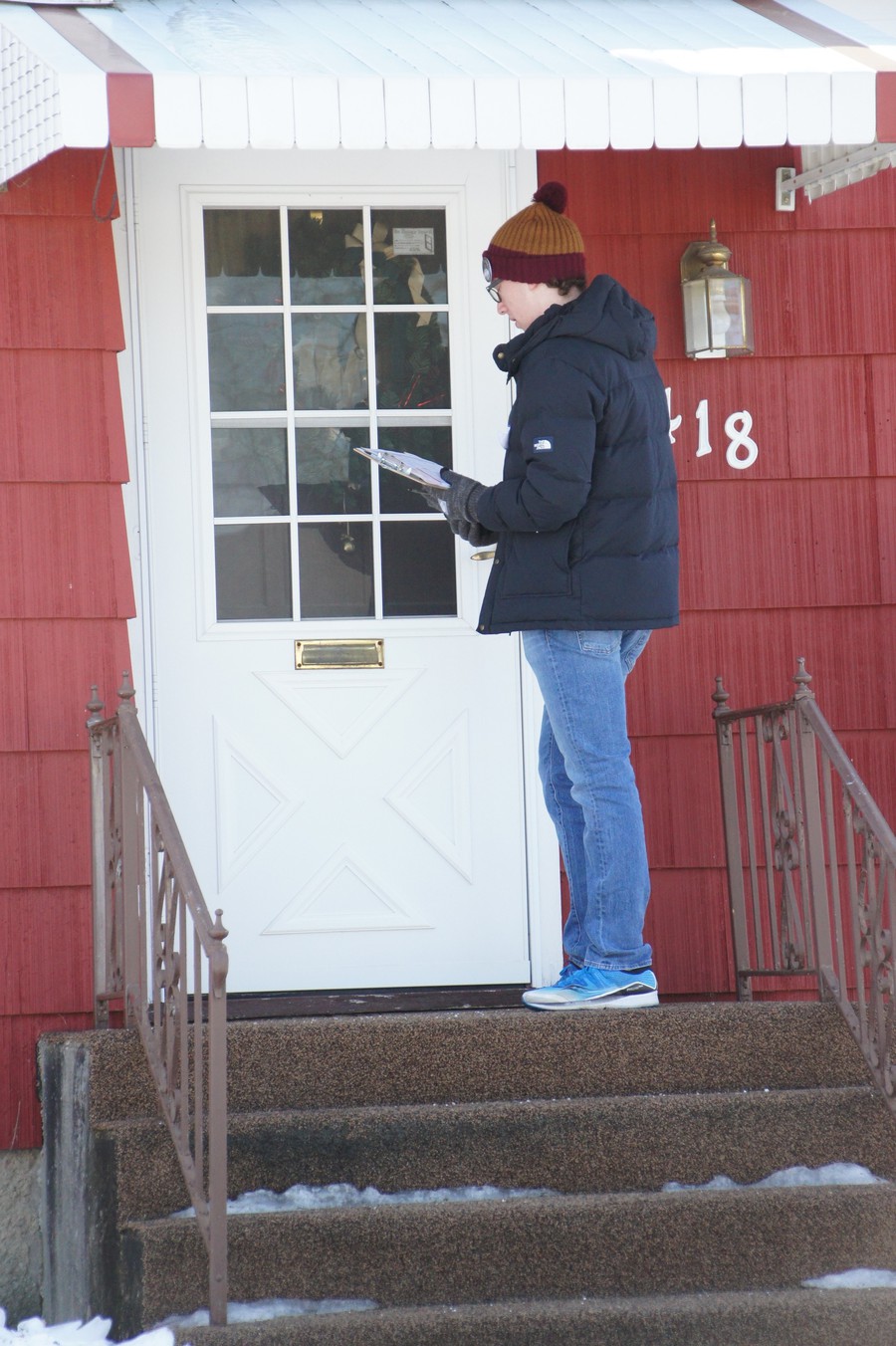 Having spent the last two days in the cities of Newton and Marion, the cohort felt optimistic about their candidate. For them, Buttigieg has both the best policies and the best chance of defeating President Donald Trump in the November presidential race.

In conversations with The Maroon, volunteers frequently mentioned the former mayor’s unique identity and pragmatism.

Social Sciences graduate student and UChicago for Pete communications coordinator Grace Wright is a Democrat from a very conservative area in Florida. She values what she sees as Buttigieg’s ability to synthesize disparate perspectives in order to bring the country together.

“I think he has the idealism of the left, but, I feel, the pragmatism and the practicality of the right,” Wright said. “I think he touches a lot of bases,” she added, citing his religious upbringing, his life as a gay man, his military service, and his Midwestern roots.

The mayor’s multifaceted identity, she believes, will make him a better decision-maker if he is elected.

Second-year Laura Duffy views the chance to participate in the Buttigieg campaign as a “once-in-a-lifetime opportunity for me.” Her conversion to the former mayor’s cause came amid tumultuous news from the White House.

“I was at the gym watching the impeachment news come out,” she said, “and, at the same time, listening to Michelle Obama’s book, when she was recounting the 2016 election. And [with] those two things combined, I’m like, ‘OK, if I didn’t get involved in this and make sure that Donald Trump is a one-term president, then it would be kind of unconscionable for myself.’ ”

Duffy values the former mayor’s “small-town skills” and his experience as an executive “getting stuff done,” as well the attention he pays to issues related to climate change.

Second-year Timmy Lee has been a Buttigieg supporter “ever since I first heard of him.”

“I remember reading his book,” Lee told The Maroon, “and that really just kind of sold me on, ‘OK, I really like this guy. I think this is who I would want as my next president.’ ”

In contrast to Senators Bernie Sanders and Elizabeth Warren, whom Lee considers “very much idealists” with  “ambitious ideas of wanting to change the system,” Buttigieg offers a pragmatic approach that he says will allow the easier implementation of reforms.

He added that while he wouldn’t say that the three candidates share the same ideals, noting that the two senators are “more progressive,” he does “think overall they’re fighting for more or less similar goals. You know, a change in the health care system, a change in taxation for the wealthy, a change in health care.”

Lee, who is also from Indiana, appreciates Buttigieg’s status as an outsider from the Washington establishment and a figure who embodies the “Midwestern liberal thinker.”

Second-year Zander Arnao, UChicago for Pete’s membership and recruitment coordinator, worked for the Buttigieg campaign over the summer through the Institute of Politics’s Iowa Project and continued volunteering through autumn quarter and into winter. He said he has enjoyed the opportunity to participate in the lively political discourse surrounding the Iowa caucuses, describing the experience as “really energizing.”

Arnao’s Iowa experience has been much different from his previous political organizing, in which he worked in his home state of Arkansas on a Democratic state-legislature campaign over the summer of 2018.

“It was really difficult,” he said, “because people [in Arkansas] were just much more skeptical [of a Democratic candidate].”

“There’s such a strong democratic tradition [in Iowa]. And people are so used to being engaged and being talked to about politics that I was kind of blown away by the conversations that I had,” he said.

However, that experience is not universal for all canvassers. First-year Olafur Oddsson Cricco didn’t experience the same depth of engagement, telling The Maroon that “the canvassing that I’ve been doing hasn’t been super substantive.”

Many voters have been frustratingly apathetic or ambivalent, Oddsson Cricco said, a fact he attributes to the chaos of the political process.

“They don’t like, I think, what Donald Trump’s been doing and they know we need change, but they just sort of get paralyzed, I think, by the number of Democratic candidates, especially if you live in Iowa. You get bombarded with all of them, no matter if you seek them out or not,” he said.

Still, even if most of his conversations haven’t resulted in much headway, he is still happy to have contributed to the campaign in some small capacity.

“To be able to make a little bit of a difference in the first battleground state, that’s been really special,” he said.

The UChicago for Pete organizers did agree on one thing, though: They would get behind a Democratic nominee, whoever it was.

“Regardless of if it’s one of the more progressive or one or more moderate candidates, I will probably spend at least a few weeks [volunteering],” Arnao said.

First-year Ethan Lichtenberg sees his contribution to the Buttigieg campaign as valuable whether the candidate succeeds or not.

“Obviously I’m here to support Buttigieg, but I also am here for the experience,” he told The Maroon, adding that it would be “very important for the future if I ever want to work on a campaign or do field work.”

Duffy was similarly upbeat about the scenario in which another Democrat takes the nomination.

“I think that everybody who’s going into it is motivated by a lot of the same concerns, like, number one, you know, getting a Democrat elected. But, number two, making substantial changes,” she said, “I will definitely come away with something great.”