Greta Gerwig’s adaptation of “Little Women” reminds the viewer that the victories and frustrations of sisterhood are immortal. 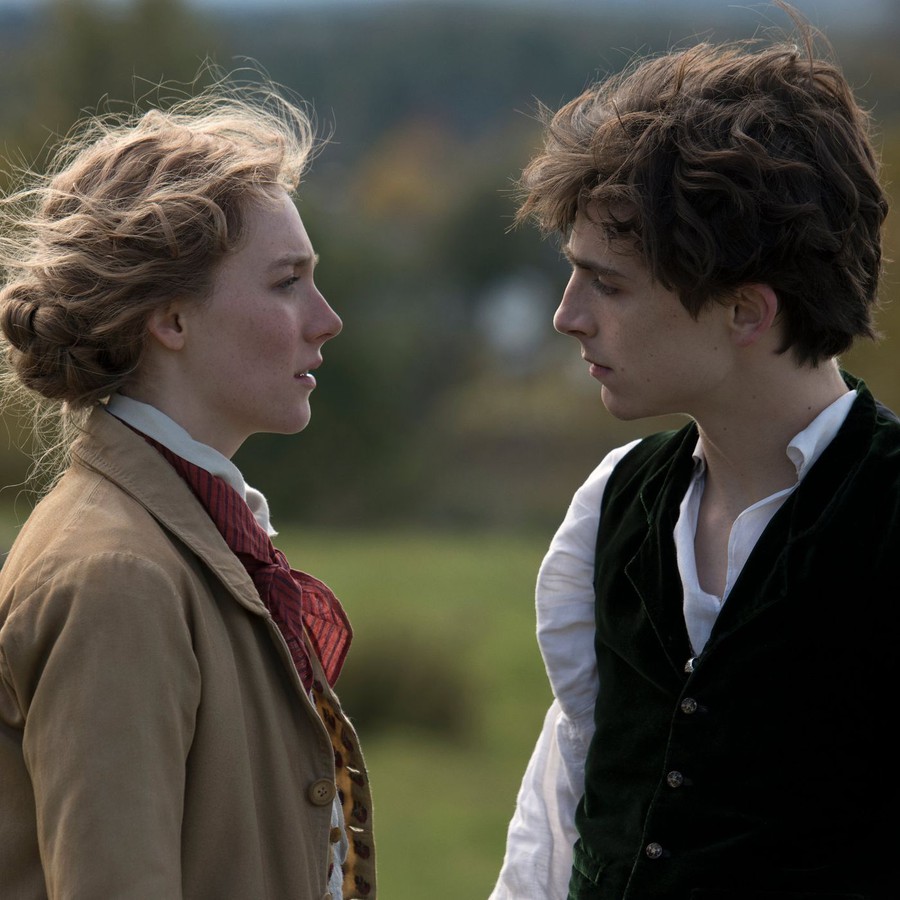 In her adaptation of Louisa May Alcott’s timeless Little Women, Greta Gerwig teases her audience with a full picture of sisterly love before the film’s nonlinear plot invites them to step back in time and disassemble this jigsaw puzzle of the March sisters’ lives. Gerwig adds a delightful air of modernity into the tale of Jo March (Saoirse Ronan) and her three sisters, taking on a world with many of the social issues that women face today, 150 years later. The story’s central theme of sisterly love fortifies the four wild spirits of the March household against the tensions brought on by marriage, sexist disapproval of the sisters’ artistic ambitions, economic difficulties, and a broader pursuit of happiness.

The platonic love in generic rom-coms we have been trained to dismiss demonstrates a strong and silent undercurrent of power in Little Women. Through painful family crises, stupid fights, and gloriously happy moments, the film’s direction provides its four heroines strength. Intertwined with this narrative is Gerwig’s distinctive wit, which relays social commentary on women’s struggles to balance work and family that maintains the relatability of this story to the modern day. The bleak reality of marriage as an economic proposition is repeated time and time again—sometimes, this is done humorously as with Meryl Streep’s wonderfully sarcastic and cynical Aunt March, who claims to be the exception to this standard because she’s rich. Other times, this conflict plays out seriously in tense, taut scenes, in which heartbroken Amy (Florence Pugh) rants her heart out to a roguish, uninterested Laurie (Timothée Chalamet). The original novel’s ability to open the eyes of its audience to this depressingly narrow range of options for women has not depreciated through time. The problem has persisted and at its core, Little Women still speaks to what women can do in the world beyond fulfilling limited domestic roles. When Beth (Eliza Scanlen) dies, the audience can realize that such limited spheres of influence could end up being the full extent of a woman’s impact in the world. Likewise, Jo realizes how she must live her life more passionately to do justice to Beth, who was denied access to many of Jo’s freedoms.

Yet, we see through the lives of Jo, Meg (Emma Watson), Amy, and Beth that there is ambition in all of us to change or impact the world we live in. Perhaps it is the isolation and pain of being an author like Jo, or the struggle to reach the highest levels of painting genius like Amy, or the pressures associated with marrying for money instead of love like Meg, or the calm domestic joys of gentle Beth.

The strength of sisterly love in Little Women leaves us with the idea that women are capable of so much more than romance, but Jo reminds us in an impassioned speech that loneliness can still be felt keenly within a strong family, as Jo does in the aftermath of Beth’s passing. It’s a testament to humanity’s inconstant nature—much of the novel presents fickle and imperfect characters—and to the complexity of humans to crave a different type of love while still possessing family love. This imperfection is reflected in the lives of these characters, apart from just their yearnings and personalities. The movie presents its audience with what some might call a blunder in a perfect story, as Jo’s perfect relationship with Laurie falls apart when she is deprived of a once-in-a-lifetime chance to go to Europe, and when Beth, who arguably deserves the most happiness from all the sisters, dies at the end. As we see these imperfect endings unravel, the movie leaves us with the same sense of incompleteness as the book does. Nonetheless, these bittersweet endings are valuable in their authentic reflection of real life.

Personally, Little Women left me with the ambition to fill the rest of the pages of my life with my own mistakes. I only hope I can do it with the same love and support Jo did.