Shorter Quarters and No Time for Reading

Proposed changes to the academic calendar may hinder, rather than help, student mental health. 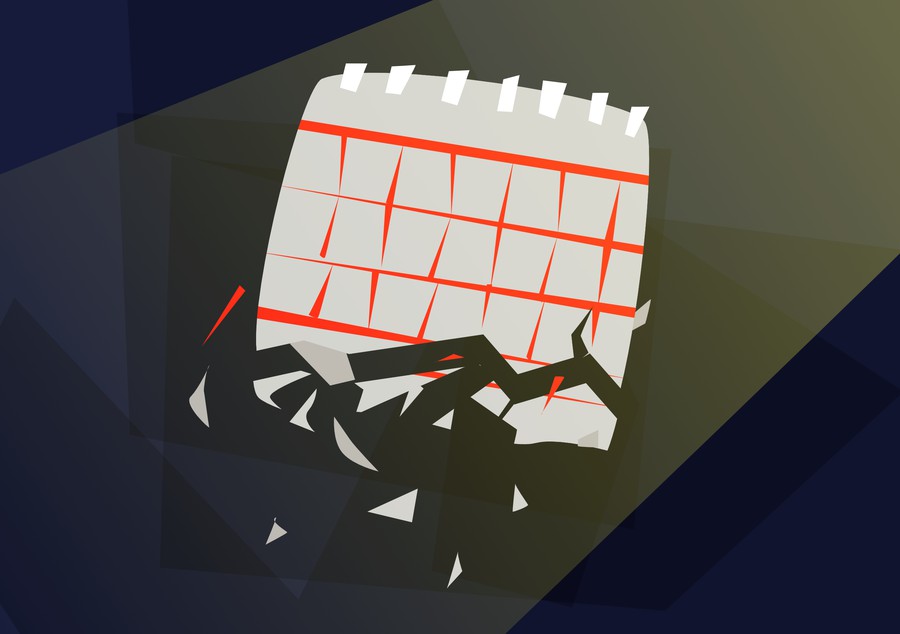 In an email on Wednesday morning, Ka Yee Lee, the newly named provost of the University of Chicago, informed members of the UChicago community of recommended changes to the academic calendar that will be implemented in the 2021–22 academic year. These include shorter quarters, longer breaks, and shortened reading periods as the four-day weekend prior to final exams is replaced with a three-day one. The email announcement included a link to the 2019 Academic Calendar Report, a committee-produced review of the current academic calendar requested by Dean of the College John Boyer, with the purpose of gaining insight into “the calendar’s impact on and relationship to emotional stresses and academic outcomes.” Proposed changes are informed by the report’s findings, and it is clear that the authors had positive intent: It explicitly discusses the adjustments as a means of addressing student mental health issues. Unfortunately, while this effort to address widespread concern over mental health is a step in the right direction, the modifications to the academic calendar fail to accomplish this effectively.

“The cycle of quarters, each following rapidly one after the other, sets a ‘relentless’ pace,” the report finds, and this is true. In an attempt to combat this, the report’s authors suggest longer breaks within and between quarters in the hope that these will allow students to recover in between bursts of academic rigor. A week-long Thanksgiving break and a two-week long spring break would definitely be welcome. But while the report acknowledges the flip side of this decision as “more intense academic terms,” it categorizes this as a benefit to faculty, saying that this change encourages “the delivery of varied and diverse course content.”

For professors to prefer the delivery of diverse course content is understandable, but there is no value in this if students are not mentally prepared to receive course content. The relentlessness of the quarter system is a significant factor impairing mental health on campus, and while longer breaks may indeed allow for better recovery, this effect is negated by increasing the intensity of the academic period. The report does not detail how course curricula will be modified to reflect the shorter instructional time, but it does affirm that there will be “less ‘down time’ at the beginning of the quarter.” Concern is already being expressed among the student body that existing 10-week curriculums will simply be overloaded in nine weeks.

As a potential solution to the planning challenge faced by faculty, the economics program suggests scheduling midterms for evenings or weekends. Since economics is one of the most popular majors at UChicago, implementing this in its department alone would impact a significant undergraduate demographic. Speaking from personal experience, balancing work and play at this university can be uniquely challenging. Having exams, one of the most demanding aspects of coursework, spill over into non-instructional time may not be the most logical method when it comes to the goal of improving students’ mental health with regard to work-life balance. In particular, this change would disproportionately affect student-athletes, artists, and any student with significant time commitments to pursuits that are not single-mindedly academic, lending new significance to the epithet “where fun comes to die.”

One of the most popular critiques raised in student Facebook groups such as UChicago Secrets and UChicago Memes for Theoretical Midwest Teens focuses on the shorter reading period. As a consequence of longer breaks within and between instructional periods, the new academic calendar will reduce the length of both College reading period and finals week by a full 25 percent of their original duration. Less time to prepare for exams and less time in between them is likely to increase rather than decrease stress—another negative effect on student mental health.

A final disadvantage of nine-week quarters is that there will be “almost no ‘shopping period’… allowing course content to begin immediately.” The precise scheduling repercussions of this are unknown, but there is seemingly an implication that add/drop will be reduced to far less than the standard three-week period. This does have a valid benefit in that it “eliminates empty time.” But it is a change that is likely to pressurize and disadvantage students who are undecided or seeking to change their placements—perpetuating the stress culture surrounding academic and pre-professional decision-making at UChicago, similar to having to choose a career path even as early as first-year summer. It would also penalize students who might need to safely drop classes because of mental health reasons.

An important factor affecting student mental health that the report does not address is the midterm schedule. Many UChicago students, myself included, have had as many as five consecutive weeks with at least one midterm or paper due. Nearly every student has at some point had a week with three midterms and a paper. This rigor permeates the calendar to such an extent that some weeks, such as fourth week and seventh week, have become infamous for their exacting nature. A more effective solution to students’ mental health troubles would have addressed this problem by reducing the average number and weightage of midterms and papers, or by staggering them to avoid overworked weeks.

To say that the sole effect of the academic calendar change will be to increase stress and impair mental health would be untrue. There are undoubtedly some positive effects: Longer breaks, as mentioned earlier, are indeed likely to aid in the recovery process between quarters. In addition, ending the three-quarter academic year by June 1 will be a welcome change with regard to opening up more possibilities for internships. However, the negative repercussions of the new calendar for mental health cannot be ignored, particularly because these changes were created with the purpose of improving it. The new calendar will not be implemented until late 2021, and the Office of the Provost should use the time between now and then to incorporate and address student feedback and concerns.

Manya Bharadwaj is a first-year in The College.