The Self-Defeating Irony of Progressive Animation 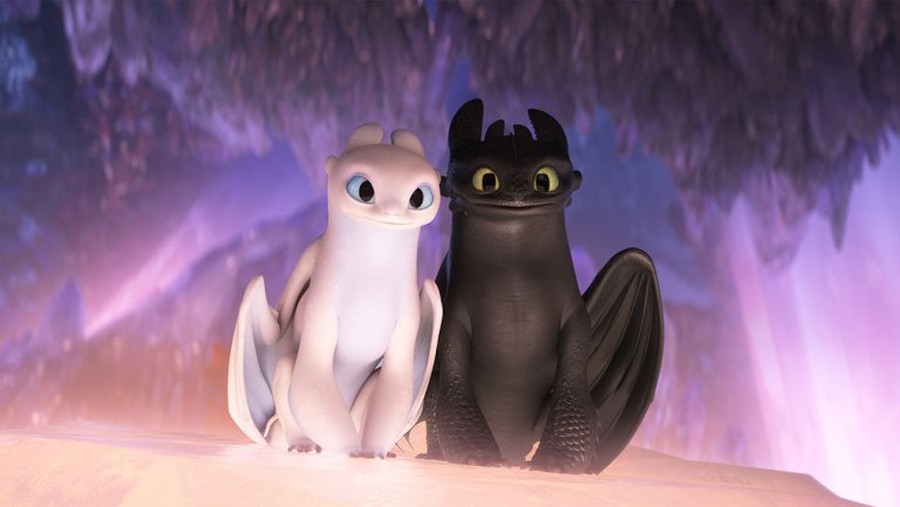 My first vivid memory of a jarring cinematic animation shot was of Carl Fredricksen, sitting alone at a chapel after Ellie’s funeral, grasping a blue balloon. Up (2009) was many people’s first experience of stunned silence in the theater, but also an important lesson in letting go, embracing the unknown, and accepting that life goes on. Animation, although likely designed to attract younger audiences, brings nuanced messages that embrace human faults, some so subtle that only mature audience members can detect them.

Animated films have become a masterful medium in disguise: a portrayal of ugly reality embedded in optimism, a hopeful message in a moment of subtle bleakness, or a downright celebration of an oppressed history. Disney and DreamWorks churn out movie after movie, attracting children and adults alike not only through their spectacular 3-D animation advancements, but also their uncanny ability to appeal to a progressive—and often self-congratulatory—audience.

The latter is what Mihaela Mihailova, University of Michigan film professor, criticized last Friday in her talk, titled “Computer-Generated Ideology: The Neoliberal Multi-Verse of Contemporary US Studio Animation,” which is part of the annual Hannah Frank Memorial Lecture series. She argued that animation has succumbed so much to a liberal progressivism that, along the way, it has become the very thing it swore to overcome: an advocate for the conservative status quo. In the spirit of Hannah Frank, Mihailova’s talk was compelling and her criticisms intriguing. That said, I cannot help but be skeptical about the limits of her analysis of modern animation and its ironic tension between progressivism and conservatism.

After briefly reflecting on Frank’s impact in the world of cinema studies, including her signature frame-by-frame cartoon analysis, Mihailova then analyzed the underlying hypocrisy in the political commentaries of modern day 3-D animated movies. She began with Zootopia (2016), which Mihailova jokingly remarks is “blatantly engineered for maximum wokeness.” At face value, it is the story of a stereotypically weak female character (Judy Hopps) who shatters the glass ceiling, condemns racist generalizations, and celebrates diversity despite prejudices. It is seemingly the perfect concoction in accordance with the movement of #BlackLivesMatter. However, even at the movie’s triumphant, hopeful resolution, Mihailova suggests that nobody in the city of Zootopia has quite learned anything from the plot’s conflict (i.e. the predator animals suddenly going “savage” due to a chemical weapon), and this disturbing ending only furthers the prejudiced agenda of our own world.

Judy, for instance, obstructs justice as a means to an end, such as blackmailing Nick Wilde via tax evasion without his consent, or collaborating with a mafia boss to solve her case. Rather than being condemned for breaching the limits of her jurisdiction, she is instead praised for her daring actions. Consequently, there is no recognition of the injustice within the system itself. Mihailova disapproves of this systematic bias, for while xenophobia could have been properly addressed by examining faults in the police force, it instead glorifies a counterproductive rallying cry to support an institutional violence that runs on discrimination… as long as it serves “just” ends. Zootopia is an accumulation of the many ironies in the American government, and it fails to call for a political transformation that genuine progressivism would demand. Essentially, Mihailova argues, Zootopia is a Blue Lives Matter movie, a claim bolstered by the fact that white men dominated the production.

Mihailova then discussed the How to Train Your Dragon (HTTYD) trilogy (2010–19), which she believes has an admittedly heartwarming conclusion, but is nonetheless as disturbing as that of Zootopia. Although HTTYD could certainly be read as a message for wildlife conservation efforts or disability advocacy, Mihailova sees an underlying imperialist sentiment: The protagonist Hiccup is a Viking and conqueror, who has discovered the exploitable weaponry behind dragons’ fire and flight, and hence enslaves this other species to boost his power and the glory of his Nordic heritage. HTTYD was a startling parallel to a militaristic fantasy of American political hegemony, coming out in theaters when U.S. military spending increased exponentially.

Even when Hiccup finally lets his dragon Toothless go in the third installment of the trilogy, it comes across as a testament to the false hopes of nuclear disarmament, couched in faintly xenophobic terms. Is it not concerning, Mihailova questions, that the villain who seeks to siege Toothless is Drago Bludvist from the South, a man with dreadlocks, dark skin, and an intentionally “exotic” barbarity? And the group that seeks to defend Toothless is the representation of the white man, who feels a responsibility to not hand a powerful weapon over to a group they believe should not handle its power? That they would rather let Toothless hide forever in a Hidden World, where he would remain (and proliferate) until humans are ready to see him and the other dragons again? To Mihailova, HTTYD is a continuation of America’s imperial desires to conquer, which birthed our God complex in the creation and limitation of our nuclear technology.

Although I agree that there are racist and xenophobic undertones in the characterization of the villains in the franchise, I am skeptical of Mihailova’s reading of Toothless as metaphor for nuclear proliferation and U.S.–dominated global order. The difference between the pacifist fantasy of Berk’s politics and U.S. global hegemony lies in how Hiccup embraces—and bids farewell to—his dragon-friend. Toothless is not a mindless weapon, but a living being who has his own autonomy. Designed intentionally to resemble a dog in friendliness and a cat in other behavioral aspects (in contrast to the typical serpentine lizard), Toothless and Hiccup’s friendship strictly symbolizes a promise of an achievable amiability, despite a looming danger that underlies every interaction. Toothless appears more as a faint hope for peace that we can temporarily grasp, but a reliability we nevertheless cannot always hold onto by ourselves. Hiccup and his mother typify the successful example of achieving peace, as opposed to continuing an imperialist complex. Our own world cannot give up a connection that grows too dangerous to sustain, but Hiccup is willing to make that sacrifice, not only for his village, but for Toothless’s safety as well. An ironic peace is achieved when we do not contain and weaponize it for ourselves, but when we humanize an ally or even an enemy by acknowledging that we alone are not the determinants of peaceful ends. Thus, by letting Toothless go, it is not a selfish means to a selfish resolution, but a liberation that recognizes our hypocritical pitfalls and our allies’ freedom to think for themselves.

The final segment of Mihailova’s lecture focused on Frozen II (2019), in which she argued that indigenous cultures were glamorized for the white audience in a way that erases white guilt. Kristoff’s reindeer dress, the Norwegian chant, the Water Spirit—all of them carry some legacy from the Sami tribe in Norway, yet these cultural ties were ignored in the first movie, only to be hinted at in the second because of a signed contract. And if they were clearly featured in the film, Mihailova suggests, it was an exploitation of the exotic. The retcon of Elsa and Anna’s heritage is irrelevant until it conveniently helps Elsa in her journey: It is an instrument politically abused to save Elsa’s life, to have the royal sisters unanimously accepted into the Northuldra tribe, and to promote Elsa to a position not dissimilar to a shaman. If Disney truly wished to describe the mass genocide of native peoples, wouldn’t the dam, destroyed as the symbol of prejudice, have swept away Arendelle altogether? Or, at least, wouldn’t a more perfect “bridge” between two peoples be the inclusion of the Northuldra people in a newly-constructed Arendelle’s politics? Instead, we have Elsa as a white savior, and Arendelle basically unaffected.

And what of the violent, racist past of Arendelle? Its legacy exists through Lieutenant Mattias, the (only) Black person in the movie. He is thrown into the movie for the sake of diversity—a half-assed tokenism by Disney producers. Crucially, considering that a Black man must bear the white man’s guilt, American genocide is displaced from the perpetrators, instead pinning the burden of its history on an equally oppressed people. Mihailova is cynical, asking how this is even politically correct. She then concluded her talk, insisting that indigenous culture is only mentioned when it benefits one’s personal gains—a far cry from what progressivism should be—and white Hollywood is still afraid of fully exposing the worst of humanity’s past.The lecture then moved to a Q&A section. The question that struck me personally was of the pedagogical nature of animated movies, in which the asker inquired about whether these conservative ideologies are merely an unpredictable byproduct of an educative experience. It brings into light a classical Barthesian aspect that Mihailova did not touch in her lecture (understandably due to time constraints): the reaction from the general audience, and not film critics or scholars of cinematic analysis. Mihailova left it, naturally, up to the audience to decide, hinting that the convolutedness of modern animation pushes animation away from reliance on fairy-tale fantasies and grounds it in a reality mimicking ours. All in all, it goes back to how appealing a certain story will be to a general audience, in comparison to similarly designed films.

This lecture on ideology in cinema was the spiciest, yet most fascinating talk I listened to regarding the future of the film industry. Perhaps I disagree in some aspects of her analysis, but it truly captured the spirit of why we movie fanatics drag ourselves to the theater religiously, project these movies at Doc Films, or even rip a movie apart in our reviews: They tell us something about our own world, intentionally or not, and demand for our awareness of their nuances underneath their progressive campaigns.