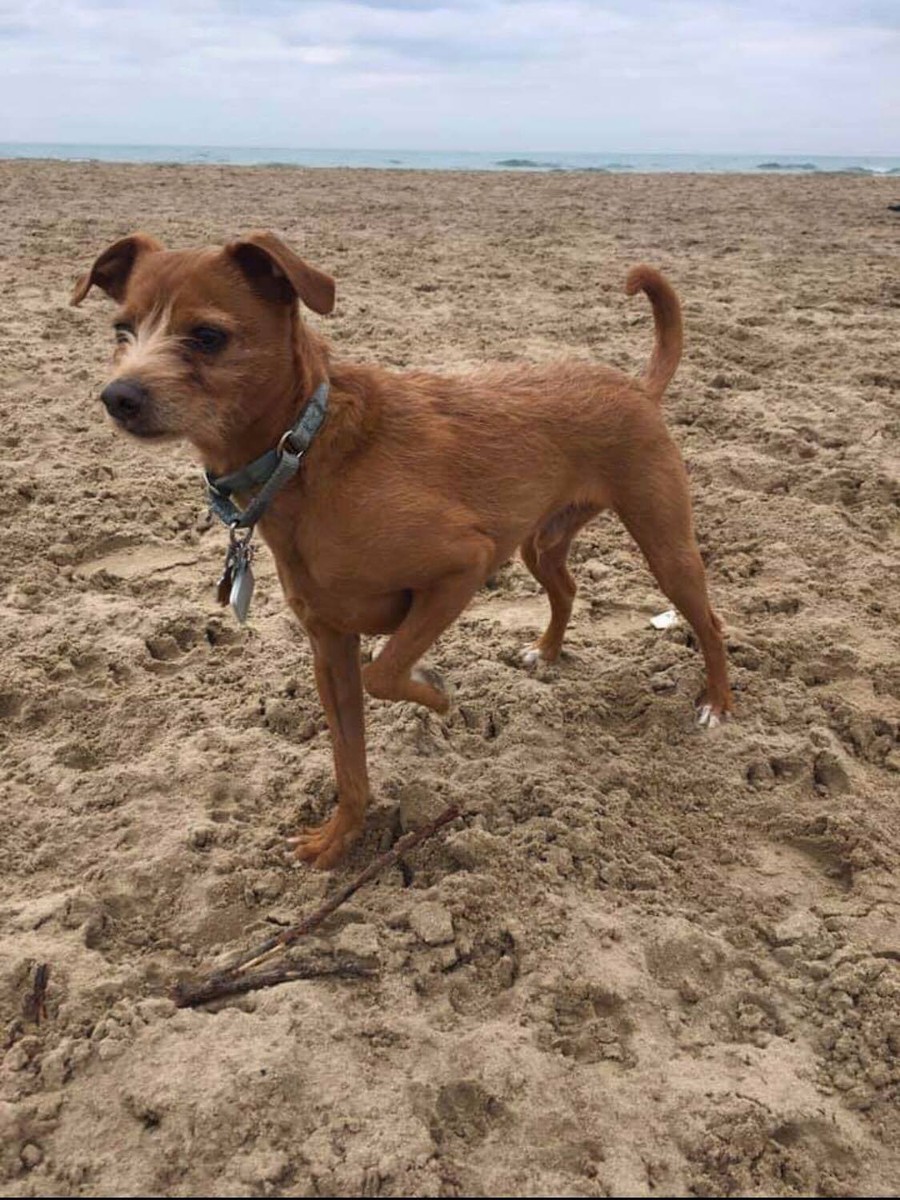 Ziegler’s dog, Harvey, who will be at Sunday’s event.

This Sunday from 2–4 p.m., multiple Hyde Park community members will allow students to play with their dogs on the main quad as a part of an informal event nicknamed “It’s Probably Similar to Pet Love.” The event is intended to help students destress prior to finals, replacing the University’s Pet Love event, which was cancelled for the second consecutive quarter.

Alumna Liz Ziegler (S.M. ’18) announced the event on UChicago Memes for Theoretical Midwest Teens, a meme group of over 26,000 students, alumni, and other University-affiliated individuals. When not working in research technology, Ziegler is a veterinary assistant, and will be going to veterinary school in the fall. Ziegler will be bringing her dog Harvey to the event.

“I saw on the meme page that the Official Pet love event was canceled - and how disappointing that was to students. I believe that animals can have a positive impact on people's mental health. As a dog owner and member of the wider Hyde Park dog owning community, I had the ability to pull together an event, so why not?” Ziegler said in a statement to The Maroon.

The event will include at least six dogs and owners from the local Hyde Park dog community, a group of dog owners who often can be found walking their dogs in Stout Florence Park. According to Ziegler, the group has held events in the past organized primarily by Stephanie Larson, who will be bringing her dog to the event Sunday. The Hyde Park dogs confirmed to be in attendance are Harvey, a reddish Chi Chi mix; Professor Proton, a schnauzer mix; Mary Shelly, a German Shepherd mix; Jane Goodall, a Borzoi; Dash, a dachshund mix; and Jakes, a Basset mix. Ziegler is working to coordinate with other dog owners who have expressed interest in bringing their dogs to the event.

In prior quarters, the University has hosted an official event called Pet Love, where students could play with dogs in Reynolds Club. The event, which would have been held this Saturday, was cancelled for the second quarter in a row, leading Hyde Park members to step up to the occasion.

The purpose of Pet Love, according to the Facebook event page, was to bring certified therapy dogs to UChicago for students to engage with. “As non-judgmental, fountains of love and loyalty, animals are natural vehicles for providing support and companionship to you.”

This fall quarter, Pet Love was cancelled due to the unfortunate death of three of the dogs meant to attend. The University did not give any rationale for the cancellation of winter quarter’s Pet Love event, but mentioned that they are working with the pet therapy organization providing the therapy dogs to reschedule the event.

There have been multiple efforts in the UChicago meme group to make up for the University’s cancellations, including an effort by third-year Oren Oppenheim to host a virtual Pet Love, resulting in hundreds of students and alumni sharing photos of their pets. Like Ziegler, Oppenheim’s event was intended to help fill Pet Love’s gap on campus. “I love posting things in the meme group that might cheer people up or make their day a bit brighter, and after hearing that the in-person Pet Love was cancelled, I thought that creating a ‘virtual’ Pet Love through a meme format might help everyone out, myself included,” Oppenheim said.

Editor's note: Oren Oppenheim is a News Editor for The Maroon. He was not involved with the writing or editing of this article.