Keep the Ship Moving: Putting on a Show During a Pandemic

Fourth-year Kenjiro Lee, director of The Old Man and the Old Moon, reflects on persevering with production amid the panic of the coronavirus. 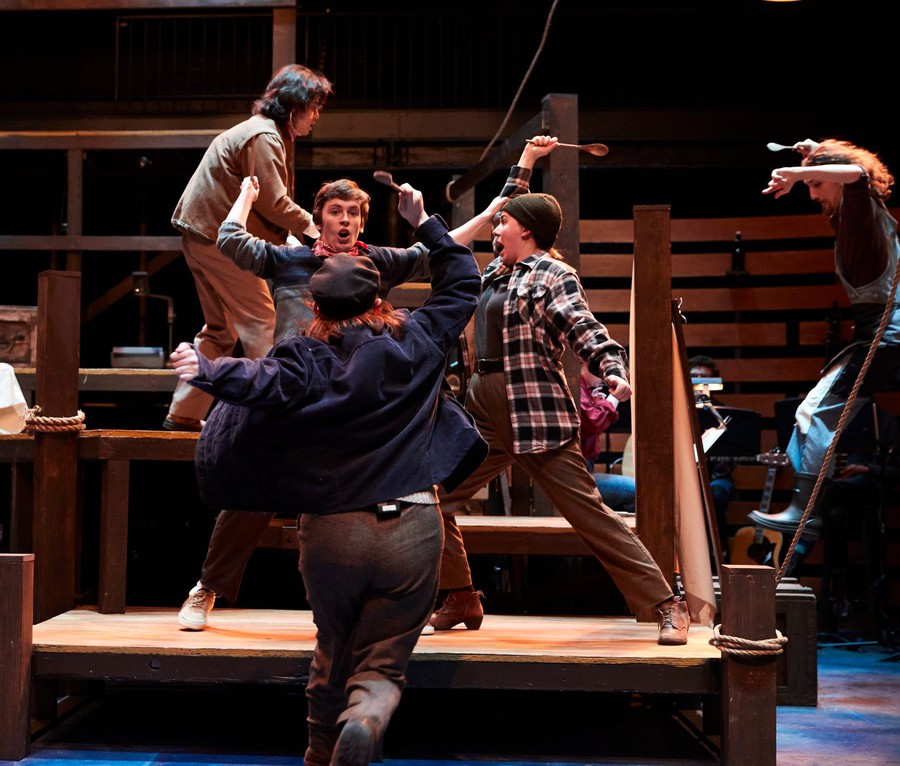 It’s around 11:30 a.m. on Tuesday of 10th week. We had finished tech rehearsal for The Old Man and the Old Moon (or as we usually call it, OMOM) pretty late last night, so I let myself sleep in. I rub my eyes, drink some water, and unplug my phone from its charger to look through any notifications I have.

Something’s up: Usually I wake up to just a few new texts in the production team or cast group chats for OMOM. But today it looks like nearly every group chat I’m in has been active. I open the top notification: a message my friend sent me two hours ago.

Tech week in the theater world is a forced escape from the real world. The show goes up only few days later, and we need to make sure everything is ready for performances. Got homework to do? Pull it out during breaks. Need to get food? Grab a to-go box. Need to sleep? Too bad. Nothing else exists, there is no outside world, nothing matters except the show you’re doing. Unless there’s a global pandemic.

After being vaguely aware of coronavirus’s spread but focusing all of our attention on the upcoming show, our blissful ignorance came to a grinding halt on Tuesday when the University released its new guidelines for public events, including the requirement that all public gatherings be capped at 100 people.

We made adjustments as needed: hand sanitizer and antibacterial wipes backstage, a modification of interactive moments to ensure the safety of extra actors and audience members, a changed seating plan that accounted for the policies by limiting audience seating to 79 to include cast, crew, and band in the 100-person cap, and an open dress rehearsal to allow for more people to see the show.

In the midst of this, something else was on our minds. Broadway was closing its theaters, and some Chicago productions were also reporting postponed or cancelled shows. Most alarmingly, a number of other colleges were cancelling classes after spring break. What did that mean for UChicago spring quarter?

We—the production team, the cast, and our audience—found out immediately after the Wednesday dress rehearsal. As soon as bows were finished, phones were out, followed by stunned shouts and people running out of the theater to call their parents. One audience member stood on our set to read The Maroon’s report out loud: RHs had been informed that in-person classes for spring quarter were cancelled.

None of us dared say it aloud until the show was finished, but all of us were thinking it: Would our show be cancelled? Thankfully, that never came to be—we managed to put on all four performances of The Old Man and the Old Moon as scheduled to nearly-packed houses. I feel tempted to use the common phrase “The show must go on” to describe what happened, but it wouldn’t be a fair assessment because the truth is the show didn’t go on for so many other people. Theaters across the country have been shut down. Shows that, like us, had months of rehearsal were either postponed or cancelled completely, putting the members of the productions out of jobs for the foreseeable future. At UChicago, all of the spring quarter productions were postponed to fall. This had unexpectedly become the final show of the school year. And for fourth-years such as myself, it was our final show at UChicago. 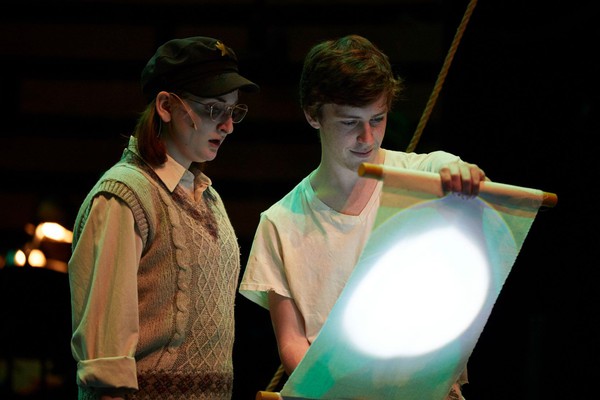 To quote some dialogue from the show, there are two sides to this coin. Speaking as the director of OMOM, on the one hand I was relieved: The hard work the entire cast and crew had devoted to this show would be presented as intended. On the other hand, I found myself wondering if it were even responsible of us to put on this show, gathering people at a theater during what was rapidly becoming a global pandemic and putting on entertainment when people should probably be self-quarantining.

But as the Old Man realizes in the show, “there’s a third side.”

When we proposed this show for University Theater last fall, our stated goal was to create a communal setting within the theater space that could heal its audience: a feel-good kind of show that offered a chance for reprieve from the stress of the real world. For the record, we were referring to the winter quarter at UChicago.

We quickly discovered that this show would take on an entirely new meaning amid everything that was happening. Besides giving our audience a feel-good experience, we had built exactly the kind of communal atmosphere needed in these times. After every performance, people approached me to stress how important seeing the show during these times was to them. At our final performance I saw a number of repeat attendees both thrilled and eager to disappear into the world of the show one last time.

I still question whether it was truly responsible for us to put on this show. But what I do know is that our team put on a spectacular performance that touched a lot of people’s hearts, and that this show and its message were exactly what our audience wanted and needed to cap off some stressful final weeks here.

Not a bad way to end the theater season.