You Should Give the University’s Online Game a Chance

A lot is lost in the transition to distance learning, but the Fourcast Lab's new game is finding new ways to engage the UChicago community from afar. 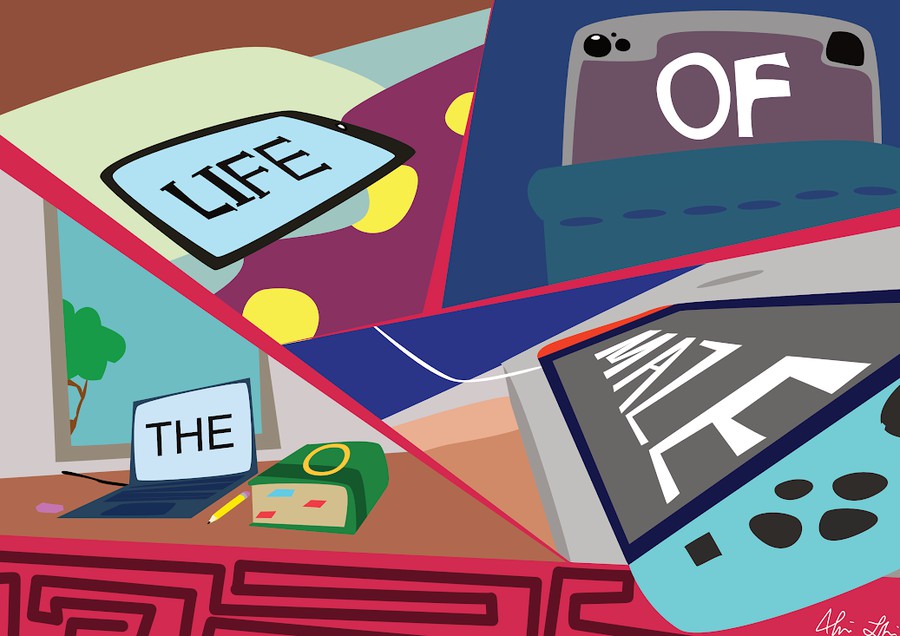 As social distancing measures become increasingly stringent around the globe, the University has been scrambling to port in-person activities to digital interfaces. Academic advisors are plugging in webcams, and Career Advancement is loading in more remote work positions every day. Some activities previously unimaginable online are being digitized at alarming speeds, such as intramural sports turning to e-sports or UChicago Arts hosting online performances and lectures. Meanwhile, some activities remain difficult to upload, including the basic social functions of being at a university. RSOs don’t always have the infrastructure, ability, or resources to move into the digital space, producing a gap where routine socialization and community affiliation used to be.

In the past 24 hours, I have had 14 discrete Zoom calls—four for classes, one for a seminar, three for academic meetings, two for work meetings, and four with family and friends. While it brings me great joy to see the faces of my friends and colleagues, after so many hours staring at a screen, that interactive social gap remains. But, in keeping with the University’s new tradition of online games, students and faculty have teamed up to fill that gap with a massive multiplayer social and artistic experiment.

Enter A Labyrinth. On April 6, all students and alumni at the University received an email from Dean Ellison alerting them of an invitation to play a game. This invitation, similar to ones received by incoming Classes of 2021 and 2023, was initially a code, skillfully broken by teams of hundreds of students working together in various groupchats. Their work has revealed the next step in the game: a Slack workspace and a team sign-up. The initial email, it seems, was just a teaser for more puzzle-oriented students. The real game hasn’t even begun, and this next step in the experience claims to have something for everybody, going beyond codes and ciphers. While communication from Fourcast Lab, the alleged designers of this game, has been somewhat indecipherable up until this point, it has now become clear what this project is: the University’s attempt to reduce the social distance through games, puzzles, quests, art, and performances. Now that commonplace digital platforms for socializing are hitting limits on what they can provide for friends spread across the world, Fourcast Lab is trying something new, looking for different ways to keep students, staff, and alums connected to the school. As for me, another equally obscure email invited me to work on the game, a process I’m still figuring out.

As a student who has worked with the designers of A Labyrinth on prior projects and spent the bulk of my college career studying online sociation, I could provide a few reasoned, academic motivations for you to join the game. There’s the argument that you can participate in a mass social experiment, a test of our community’s ability to connect, create, and explore despite the distances between us. I could argue from the point of view of a disgruntled social sciences researcher, who has been met with the general attitude from certain superiors that “the digital social world isn’t worth studying,” pleading with you to help me prove to them that it certainly is. I could suggest that UChicago’s budding tradition of massive online games separates us from our peer institutions, and that it will be games like these that let us become frontrunners in academia’s attempts to interrogate digital tools. Further, mass participation from students can encourage the University to take more chances on experimental experiences such as these. Of course, I could (and have) made these arguments, but I can take a different stance.

I can claim that there is something fundamentally missing from my life this past week. I haven’t seen another physical living human being since I said goodbye to my paramedic buddy before he decided to volunteer at the new McCormick field hospital downtown. Visiting him in the Chicago suburbs, I stood on the street while he stood on his front porch, both of us shouting out our concerns for each other, not knowing when we’d be able to see one another again. He and I, despite embarking on wildly different trajectories since high school, have kept in contact by playing games, recording short films for each other, and writing scripts for movies we’ll never make. A Labyrinth wants to be a lot of things: it wants to stand in for Scav, it wants to stand in for RSOs, it wants to stand in for seeing people on the quad. It will surely fail in every single one of these goals. But the creators of the game are trying to make something different, to allow us to connect in a new, strange way. More than that, it’ll motivate us to connect in a new, strange way, rather than just isolate ourselves to our Zoom classes and bedrooms. A Labyrinth, and experiences like it, cannot replace our campus life, but it can allow us to create a different type of community together—or at least try—in light of the unfamiliar world we have found ourselves in.

These digital connections won’t improve without feedback and risks. Unlike other digital games, A Labyrinth is made with the players, allowing designers to constantly respond to the community’s feedback. So, I hope you’re willing to take a chance on A Labyrinth, to improve it, to appreciate it, to push it to its limits, and to help our school find a community online while we wait for this time in our lives to end. Find a distraction, try something new, discover something unexpected.

Join here as soon as possible to get a leg up on the competition. The game will officially start April 13; however, registration will not close anytime soon.

Peter Forberg is a third-year in the College and an intern for Fourcast Lab.