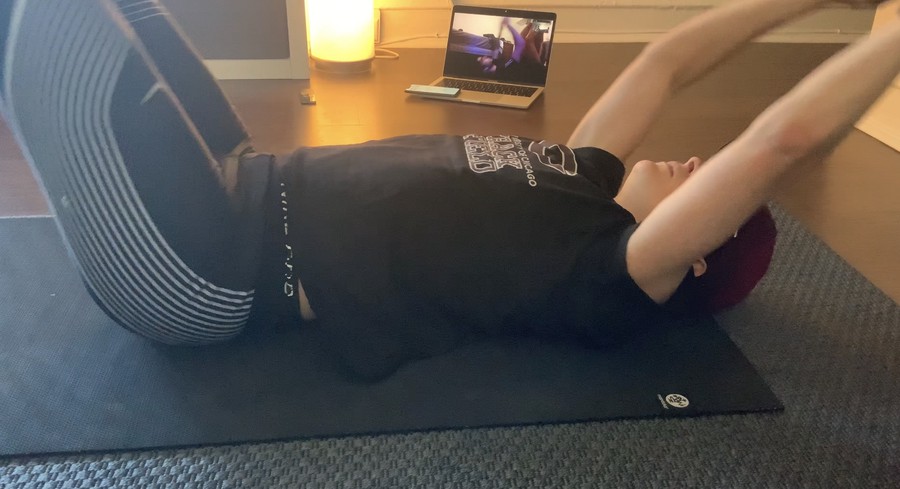 The cross country team has taken to Zoom to conduct virtual workouts.

As with the rest of campus, the University of Chicago’s athletic fields will look a little different this spring. COVID-19 led to the abrupt cancellation of UChicago’s softball, baseball, tennis, track and field, and lacrosse seasons this spring. While other sports (swim and dive, indoor track and field, and wrestling) competed in the vast majority of their seasons, top athletes had their chance at national titles taken away. Furthermore, other sports on campus lose out on off-season practices, team lifts, and bonding time. I reached out to the baseball, softball, men’s soccer and women’s basketball teams to see how they all are staying connected, training, and making the best out of the current situation.

Jake Fauske, a third-year catcher, spoke of the baseball team’s season ending after a red hot 5–1 start. “We definitely had our share of tears and hugs before everyone had to leave campus, and the seniors have done a great job of making sure they passed on any last-minute wisdom in any way they could…. Most importantly though, it’s just been about checking on guys and making sure no one feels alone and that they have something other than baseball to look forward to.” The softball team felt similarly after their season was cut short. Many players are using phone calls and FaceTime to keep in touch. Additionally, they are getting creative with their content on their social media platforms. Second-year outfielder Sam Lauro said the team has posted videos “passing toilet paper around the country in creative ways” and is “working on making a full house video.” Additionally, the team “had a ‘picture’ day where everyone submitted photos and some people edited their photos to appear as if they were in Henry Crown.” As for the women’s basketball team, they are staying in touch through Zoom, and are currently conducting their individual post-season meetings remotely.

Just because team workouts have ceased, these athletes have not stopped finding ways to stay fit. Fauske spoke of baseball’s approach, saying that “several of [the team leaders] have come up with workouts to do consistently to make sure we’re holding each other accountable in this extended off season.” The softball team is working out at home, using whatever odds and ends they have to make sure that they stay in shape. Women’s basketball coach Carissa Sain has ensured that the team continues to stay in shape while forging team comradery. First-year Ashley Gao spoke of the new workout format, saying, “Our coach has also given us a ‘workout challenge,’ which entails doing a quick circuit a couple times a week, partnering with at least one other teammate over FaceTime. Even though our team is unable to be together at this time and workouts have been different than usual, we are using our creativity and drive to improve this off season to make the best out of this spring quarter!”

Without a traditional off-season, many fall teams have moved their team practices and meetings online. “We are communicating on workour plans for runs, lifting, and Peloton classes. We also have individual training—about twenty minutes a day of juggling, dribbling and basic skills to help improve as much as we can given the circumstances. Ultimately, if you aren’t trying to improve in some aspect, you are getting worse. We can’t control what’s happening right now, but we can control how we respond during it,” says men’s soccer third-year Ben Brandt.

The fields may be empty, but UChicago athletes are still looking to make the best of this spring quarter. They are all still who they are on campus: hardworking individuals who care about their teammates, working to be the best they can be. We look forward to seeing all of them back on campus in Maroon jerseys whenever possible.