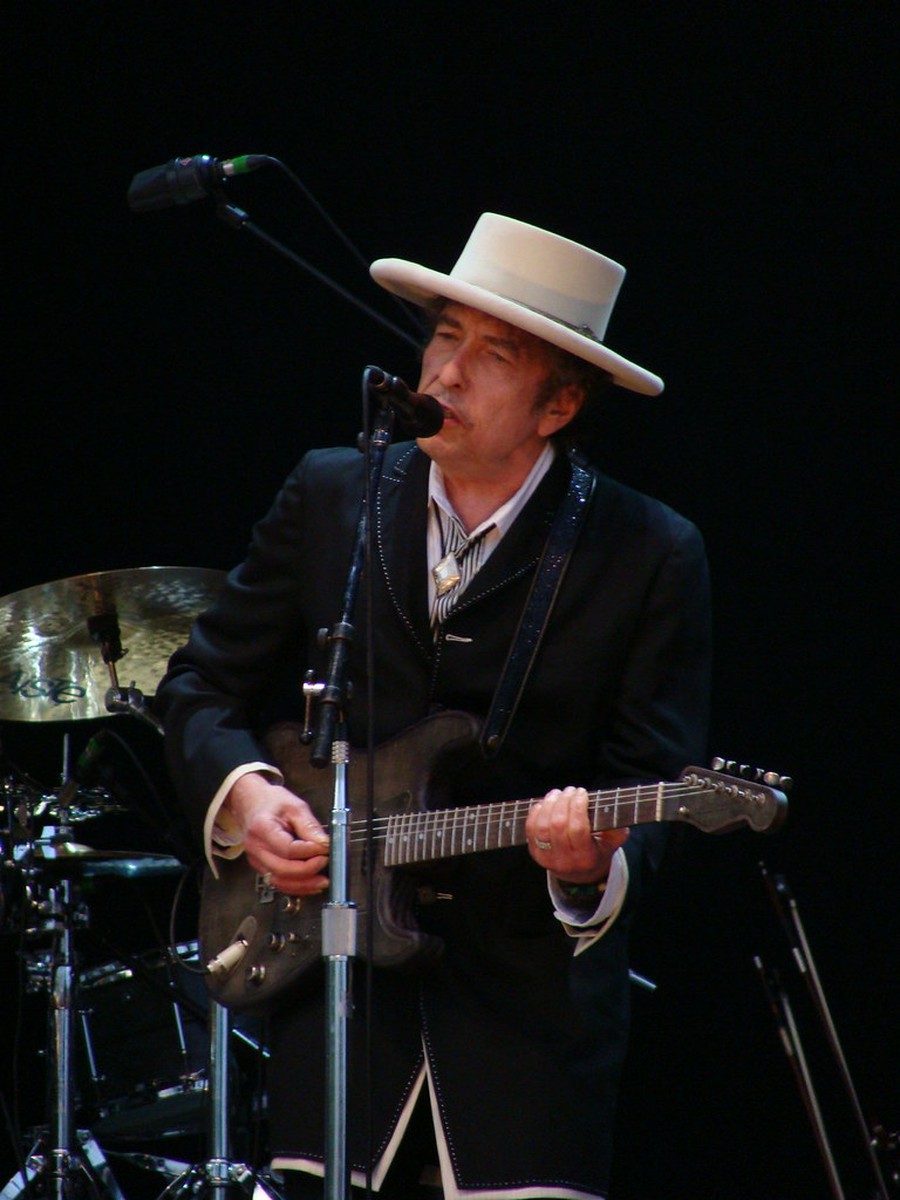 Legendary singer-songwriter Bob Dylan can be described as many things: a pop culture icon, a Nobel Prize winner for literature, the man who invented folk rock, or even the villain who betrayed his entire fan base by “going electric.” However, for both die-hard fans like myself and casual listeners, he remains uniquely Bob Dylan. Throughout his nearly 60-year career, music has always been an avenue for Dylan to talk about subjects that matter to him. Whether it be poetry, politics, history, or global protests and movements, Dylan has always used his songs to communicate something on his mind, never afraid of upsetting anyone about what he says or how he says it. From traditional, folk anthems like “Blowin’ in the Wind” and “The Times They Are a-Changin’” to hard-hitting electric rock pieces like “Like a Rolling Stone” and “All Along the Watchtower,” Dylan has adopted various styles and instrumentations to ensure that his music ends up being sung and presented in a way that best suits him. Dylan’s newest song, “Murder Most Foul,” is certainly no different.

“Murder Most Foul” was released unexpectedly March 27 on Dylan’s YouTube channel. The song is a big deal not just for fans of Dylan, but for Dylan himself—not only is it his newest song since 2012’s Tempest, but it also scored Dylan his first No. 1 song on a Billboard chart under his name after topping the Rock Digital Song Sales category. “Murder Most Foul” also marks the longest song Dylan has ever released, clocking in at 16 minutes and 56 seconds, surpassing “Highlands,” which is 16 minutes and 31 seconds long.

While the song primarily revolves around the November 1963 assassination of U.S president John F. Kennedy, Dylan uses the event to explore the impact the assassination had on the United States’ cultural history, referencing various musicians and pop music icons such as Charlie Parker, Stevie Nicks, and the Beatles. Many die-hard fans have already begun speculating about the message Dylan is trying to communicate. One of the more popular theories has focused on the instrumental backing of violin, piano, and hushed percussion, and lines such as, “They blew off his head while he was still in the car./ Shot down like a dog in broad daylight,” which create a dark, moody tone. These attributes indicate that Dylan may be trying to portray Kennedy’s assassination as “being led to slaughter like a sacrificial lamb,” with Kennedy representing an epic portrait of an America in decline ever since.

My own theory? It seems to be no coincidence that Dylan’s sophomore album, The Freewheelin’ Bob Dylan—arguably his most famous album besides Highway 61 Revisited and John Wesley Harding—was released the same year as the Kennedy assassination. The album was particularly important to Dylan because it not only found him great success, but it also introduced him to a wider mainstream audience beyond his small folk following, cementing his path toward becoming a pop culture icon.

Dylan dedicates his 17-minute long song to Kennedy not because he credits his own success to the president’s death, but because he wants to run a retrospective on the many cultural events that ran parallel to his long career as a singer and songwriter. It may be that Dylan has hit a moment in his life where he needs to look back on his career and see not only how much the world has changed, but also how much he himself has grown and developed as an artist. While it may be a bit strange that someone needs a 17-minute long song to have this kind of self-reflection, as mentioned before, Bob Dylan is Bob Dylan, so who am I to judge?

I can’t help but wonder how people from my generation, with our stereotypically short attention spans, would react to something like this. With the exception of young Dylan fans, college hipsters, and pretentious art majors, the song may not appeal to Generation Z not just because of its genre, but also due to its daunting length. With a generation obsessed with fast, seconds-long videos on platforms like TikTok, how could someone in my generation possibly sit down and listen to a 17-minute-long reflection piece?

It’s plausible that Dylan was aware of this issue, which is why I believe he unintentionally found the solution to this problem in the coronavirus. With the recent COVID-19 pandemic forcing everyone to self-quarantine and practice social distancing, people are bored because there really isn’t much to do inside the house. Dylan must have realized that there could not have been a more perfect time to release his song than now. With everyone cooped up inside their homes and worrying about what will happen next, people from my generation need something to keep us motivated and confident about the future. “Murder Most Foul” gives us a chance to explore these issues and have our own moments of self-reflection and meditation. While the song may be Dylan’s avenue of self-reflection, it is also his way of encouraging others to do the same. With the pandemic getting worse, we may need this now more than ever.

Dylan has had a long, interesting, and even controversial 60-year career. This 17-minute long song about JFK’s assassination may be the only way for Dylan to reflect on how much he has grown since 1963. Not only does “Murder Most Foul” allow Dylan to come to terms with himself today, but it is also an act of encouragement for others to do the same. Dylan knows his fans, casual listeners, and loved ones are the reason why he is where he is now—unsurprisingly, therefore, the top YouTube comment on his song is a message from Dylan that says: “Greetings to my fans and followers with gratitude for all your support and loyalty across the years. This is an unreleased song we recorded a while back that you might find interesting. Stay safe, stay observant and may God be with you.”