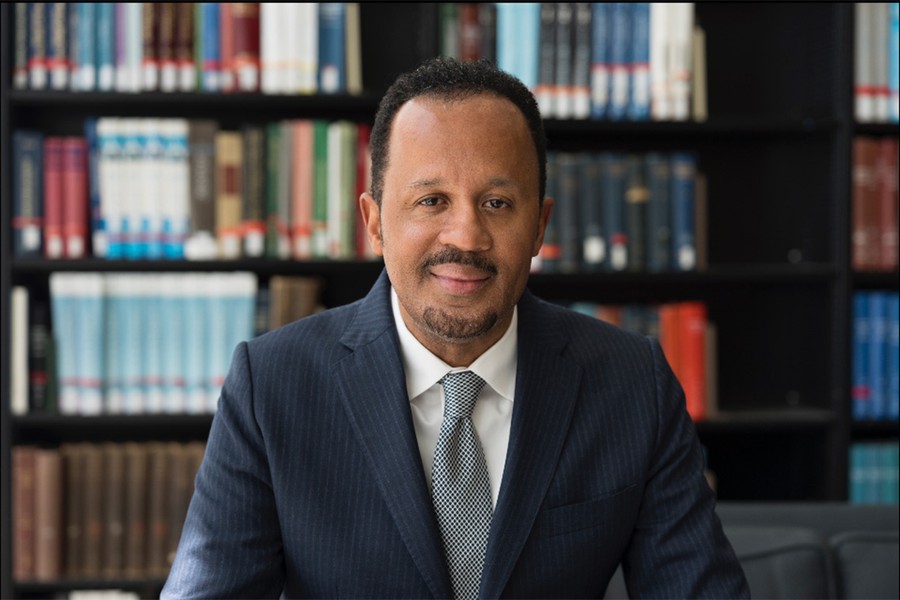 Courtesy of University of Toronto

National headlines about gun violence in Chicago paint a bleak picture of life in the city.

Explanations for Chicago’s high rates of violence are wide-ranging. President Donald Trump has repeatedly chalked it up the city’s strict gun-control laws or its status as a sanctuary city; the notion of “Black-on-Black crime” has played a prominent role in national discourse in recent years; and, in 2018, former Mayor of Chicago Rahm Emmanuel attributed the 75 shootings in one weekend to a “shortage of values.”

Former professor at UChicago’s School of Social Service Administration (SSA) Dexter Voisin problematizes these explanations in his new book America the Beautiful and Violent, approaching the issue through a lens of structural violence in underserved neighborhoods.

The production of research and knowledge on the issue, Voisin writes, has been restricted to a select few voices, a fact that his body of research seeks to counteract.

The book’s epigraph summarizes this motivation, quoting an African proverb: “Until lions write their own history, the tale of the hunt will always glorify the hunter.”

“In Chicago and many other large American cities, the narratives around violence are primarily crafted and owned by law enforcement officers,” he writes. “Those suffering from oppression and neighborhood violence are often barred from participating in the production of knowledge about it.”

Throughout the book, Voisin combines big-picture data about gun violence with ground-level views from his experience as a social worker and researcher in urban settings.

He begins by reviewing the nature of gun violence in the U.S., highlighting its racial disproportionality. He cites, for example, the fact that 27.6 victimizations take place of every 100,000 Black men, as opposed to 2.8 among white men and 0.9 among white women. He later explains the historical conditions that gave rise to Chicago’s stark racial segregation, such as the Great Migrations in the Reconstruction and post–World War I periods and patterns of white flight.

Voisin recounts overlooked chapters in the history of gun control, such as the origin of gun-control laws in California: When a group of activists from the militant Black Panther Party organized an armed open-carry demonstration, California’s lawmakers passed one of the first gun-control laws in the United States with support from the National Rifle Association. Then–Governor of California Ronald Reagan said at the time that there is “no reason” why a citizen should need to carry a gun on the street.

Voisin also emphasizes media coverage and public conversations about gun violence throughout the book. Despite the fact that mass shootings only account for 2 percent of national gun deaths, Voisin writes, coverage of mass shootings dominates the media conversation; the “steady drumbeat of Black deaths,” however, is relegated to the footnotes of news articles.

America the Beautiful and Violent, then, is a work of reframing: Voisin seeks to centralize these neighborhood realities, to amplify voices that he believes have been left out of the conversation, and to view neighborhood violence not through a lens of anger, but through one of trauma caused by structural inequality.

In an interview with The Maroon, Voisin recounted his experience first joining the faculty of the SSA in 1999. Despite the prevalence of HIV just beyond the campus borders, Voisin said, he was struck by the lack of research into the issue.

“When you look at the epicenters of HIV in Chicago, several of them are in the South Side,” Voisin said. “Of 2,000-plus tenure-track faculty, I was the only faculty member at that time doing work in the area of HIV prevention and intervention.”

Voisin also cited the recent controversy over the University’s trauma center as reflective of their sense of social responsibility. The University agreed to build the center after over five years of community activism, and it remains the lone adult trauma center on Chicago’s South Side.

To Voisin, the University’s reluctance to establish the center is just another example of a common pattern in communities with universities: while schools claim a social responsibility to the community, he said, whether they follow through on this claim is far less consistent.

“All universities, both private and public, say that they have a mission statement: They improve the lives of college residents and the people within the city,” Voisin said. “But the extent to which they move beyond the mission statement to actual operationalization [has] a lot of variability.”

In his book, Voisin describes “two Americas” experienced by the privileged and underserved populations of the country. As a person of color in academia and an alumnus of Columbia University and the University of Michigan—both wealthy schools and neighbors to the majority Black communities of Harlem and Detroit—the stark difference between these two settings has always been clear to Voisin.

“Throughout my educational experience, I’ve been fortunate enough to attend well-resourced schools,” he said, but “I come from those [underserved] communities.”

Voisin found that UChicago’s wealthy environment initially felt alien to him due to his experience working and identifying with underserved communities.

The feeling of otherness that he experienced as one of few Black academics in the University community, Voisin said, is another example of the structural violence which he details in America the Beautiful and Violent. Ironically, he was the first ever person of color to become a full professor in the 120-year history of UChicago’s SSA—a department whose values suggest to him that it should be among the most diverse.

“Coming into a privileged space with whiteness where I see very few people that look like me…is one way in which structural violence is embedded and plays out,” Voisin said.

“In a field that is based on social equality and inclusion...I’m the first non-white person who broke through that glass ceiling,” he said. “That, in itself, mirrors through an academic lens what many of these individuals [in underserved neighborhoods] deal with in the community setting.”

Voisin witnessed the racial homogeneity of social service take shape during his time as a professor at SSA. While some of his students were drawn into the field out of personal experience, he said, many entered the field for another reason: guilt.

“On the first day of class, when I ask students, ‘What brought you into the profession?’ you have students crying, saying, ‘I realized that my experience of America is very different from the experience of a young Black male.’”

Voisin believes that this guilt contributes in part to the racial makeup of the profession.

“That inequality drives a lot of white women to social work, because they want to make a difference,” he said.

Over the course of Voisin’s career, these observations and more led him to a conclusion about the nature of inequality: that structural violence takes a toll on everyone, regardless of their identity.

“Whether we belong to the privileged or the subjugated groups, we are all traumatized in different ways by structural inequality.”

Voisin believes that, as with “white guilt,” this trauma underlies the impulse of many white individuals to deny the significance of race as a social issue. This, he said, is an example of “psychological numbing” that many white people employ to cope with their realization that their skin color has afforded them advantages in life not given to people of color.

The rationale of a white person, Voisin said, is often, “I have to block that out and become race-blind, because it takes a lot of psychological and psychic energy to keep pushing [the acceptance of white privilege] down.”

The constant urge to suppress this realization takes a psychological toll, Voisin said, and is another example of trauma due to racial inequality.

Voisin believes that this speaks to a broader pattern in the issue of race relations: the misdiagnosis of trauma as anger. He describes in the book how teachers often dismiss students facing trauma as “problematic” or “misbehaving,” or how community violence is dismissed as expressions of anger or hatred within a community.

“It’s not just anger; people are traumatized. As a society, we’ve now become traumatized by this whole racial divide and by the consequences of social inequality,” Voisin said.

“Again, we all pay that price, whether you’re white or you’re Black, whether you live in a high-income community or not,” he said. “We are all drinking the same air; and the air is toxic. We all inhale it, and we’re all impacted by it.”

One of Voisin’s stated goals of the book is to “decolonize thought”: to be mindful of terms which carry “settler colonialist” undertones in discourse about neighborhood violence and poverty.

One example of this can be found in the use of the term “at risk” to describe communities suffering from the structural violence which Voisin describes. While he used the word as a budding academic, Voisin said, he no longer uses it because it creates a racialized narrative which he described as “colonial,” “negative,” and “Black.”

“I refuse to use that word, because that word has a very colonial interpretation.… Kids who are ‘at risk’ need to be corrected and need to be taught the right way,” he said. “Very often you think about remediation in terms of juvenile justice, in terms of special ed, which is another type of colonizing narrative.”

Voisin seeks to reframe the plight of children in these communities.

“I say: These are not at-risk youth; these are youth who are living in low-resourced communities,” he said.

Rather than use the term “at risk,” Voisin now opts for the phrase “opportunity youth,” which he thinks promotes positive investment in under-resourced communities rather than advancing a “colonizing” narrative.

“If you think of these kids as opportunity youth, then you invest in them,” he said.

Voisin perceives a double standard across racial lines in the language used to discuss social issues. The terminology used to refer to single-parent homes, he said, became much more sympathetic when its rates began to rise in white communities.

At the end of the day, Voisin said, the experience of Chicago as a city differs based on aspects of one’s identity, such as race, socioeconomic status, gender, and more.

“You can live in Chicago as a privileged person and live in a totally different Chicago than someone who’s coming from another environment,” Voisin said. “You could arrange your life in such a way that your world doesn’t intersect outside of the bubble with people that are different than you.”

Voisin encouraged UChicago students to confront the biases they may hold towards underserved communities by exposing themselves to places outside the “bubble” of campus.

“Chicago is a rich, diverse community of 77 neighborhoods. Spend some time immersing yourself in the beauty of difference,” he said. “That, very often, helps to debunk the stereotypes.”

The city’s diversity, he said, presents students with a fact that they should embrace and seek to more intimately understand: that Chicago is not one, but many.

“We don’t have one Chicago; we have multiple Chicagos,” he said. “Give yourself the beauty and the gift of exposure and exploring difference.”