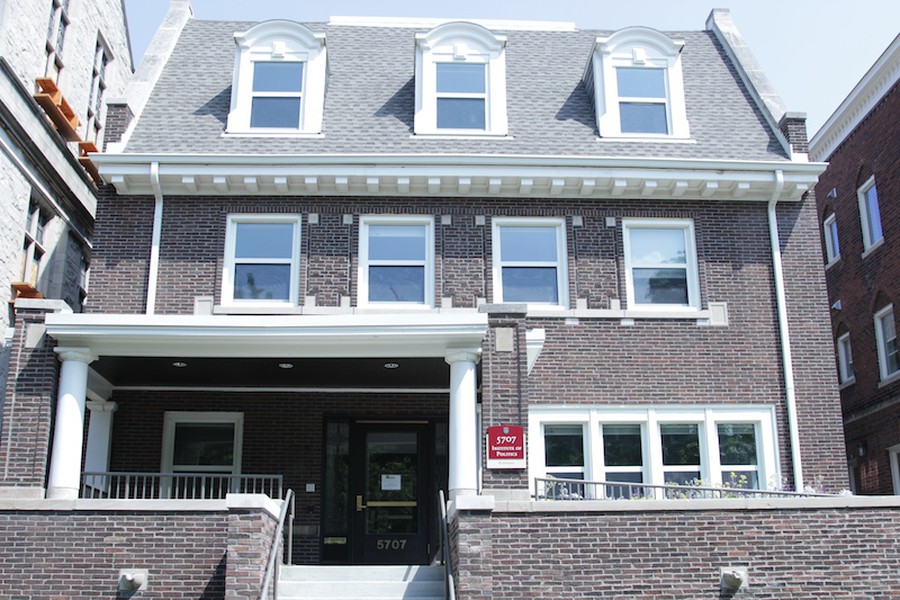 On Wednesday, former presidential candidate Pete Buttigieg spoke about the future of the Democratic Party, the Trump administration’s response to the global pandemic, and his own former campaign at a Zoom meeting with Institute of Politics (IOP) director David Axelrod. The conversation was live-streamed on social media.

Buttigieg finished his eight-year term as the mayor of South Bend, Indiana, in January 2020. On March 1, 2020, he dropped out of the 2020 presidential race and endorsed candidate Joe Biden. Since the end of his campaign, Buttigieg has been working on Win the Era, “a political action committee which is dedicated to electing young progressive candidates,” as introduced by the announcer. He was slated to be a Pritzker Fellow at the IOP this spring quarter.

Buttigieg opened by reflecting on his transition from his role as a mayor. He admitted that it was a relief to see his successors responding to the COVID-19 crisis effectively. But he said that he is still dedicated to solving the issue from a mayor’s perspective, through methods such as pulling together mayors and researchers to discuss contact-tracing strategies.

“When we have a poor presidential leadership,” he said, “local leaders have been left to make decisions on everything from opening and closing communities to try to route the resources that are needed, and it’s also showing how important informal power is.”

As the pandemic leads people to reconsider the roles of federal and state governments, Buttigieg said that lifting up local leadership is the key. He envisioned a new kind of federalism based on regional, intercity, and interstate collaboration.

“[A pandemic testing board] can’t happen with our presidential leadership,” he said. “The next best thing will be an interstate compact…whether we’re talking about getting the testing, about what they’ve already done to get personal protective equipment, or what we were going to need Sunday with the vaccine.”

Buttigieg addressed how many local governments are facing economic hardship because they are funded mostly by income and property taxes, which is not enough to support current expenditures. “I was disappointed to hear that this current package working its way through the House, [and] the Senate doesn’t look like it’s going to do much for cities, but I’ve got to think that the next term will include things that just can’t wait, which will include cities and postal services,” Buttigieg said of the latest relief bill being considered by Congress.

Buttigieg also proposed that considerations of equity and justice be at the heart of every federal decision, as the current crisis disproportionately affects marginalized groups. He pointed out that it is possible to have the current bill include Community Development Financial Institutions, which work through loans that support smaller businesses that tend to be in disadvantaged communities.

“There are also structural problems that stay, [and] things are going to change really deep in our economy,” he said. “And that means we have a chance and an obligation to reconstruct the terms of the 21st century economic arrangement in America…. Not only did the virus expose structural inequality, it also exploited structural inequality to spread more quickly.”

Buttigieg also discussed the impact of the pandemic on the 2020 presidential election. He noted that local governments should push for expanding access to vote by mail, but whether that option constitutes an enfranchisement or a disenfranchisement depends on other available resources the state governments provide, including safe in-person voting for those who are not able to mail their votes.

Buttigieg also expressed his support for Biden’s campaign, saying that he was impressed by the campaign’s evolution and adaptation in its style of campaigning.

“For example, [Biden] does a podcast right now—not something you probably would advise a candidate in a traditional campaign to do, for it blurs the lines a little bit in terms of your role and your format,” Buttigieg said. “But it’s a way to have a conversation, to get a deeper sense of how he is thinking through his interactions with guests.”

Despite the increasing effort in his campaign, Biden has not gained much enthusiasm from younger generations. Axelrod pointed out that simply counting on antipathy to Trump might not effectively bring the votes of young voters and progressive voters who supported Bernie Sanders before.

Buttigieg responded that Biden’s campaign needs a proactive vision of where the country is headed. “Think about what we have a chance to do proactively, on the positive side, not just what we’re up against,” he said. “The chance that we can have a president who will do something about climate change, who will work to restore the role of the United States, and who cares about gun violence.”

“And that was before we got to the pandemic, where I think we also understand how important it is just to have a decent human being, and someone who listens to science in the White House,” he concluded. “The 2020s will be the decisive decade for how, I think, really, the rest of this century goes for the American project.”