"Chopped": Beat the Judge or Glorify the Judge? 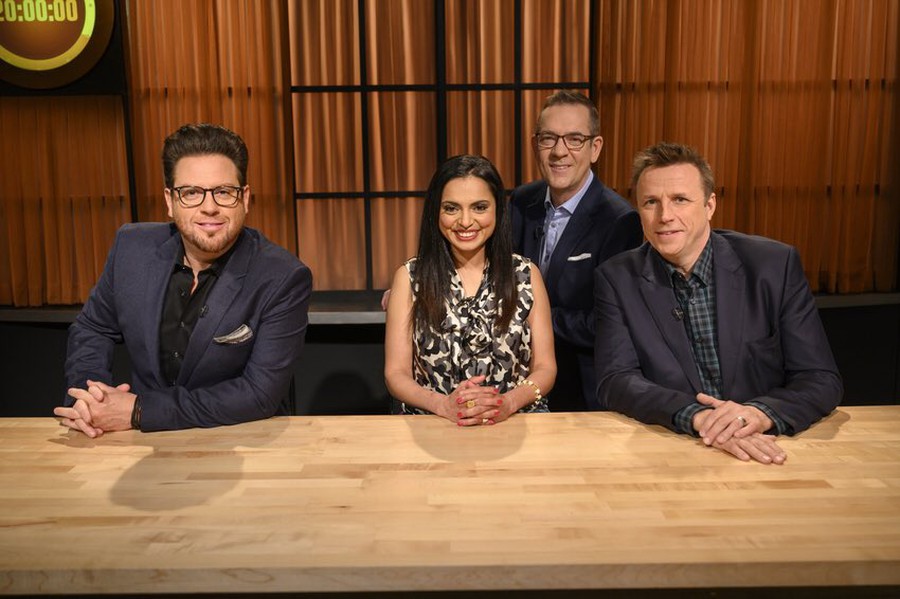 "Chopped" disappoints seasoned audiences with obvious bias toward the judges, leaving little room for talent, creativity, or even passion to shine through.

Beat the judge? Not likely in Chopped’s new “Beat the Judge” series, and not for the reasons you’d think.

In this new edition of Chopped, three past champions battle each other for the opportunity to compete against a Chopped judge and, hopefully, win. While an original concept that could have reminded us of the merit of the judges in the show, the show fails to do so, merely serving as a way of conflating the judges’ opinions of each other and themselves—even in the face of grievous culinary errors.

The first episode of this new series pits esteemed chef Alex Guarnaschelli, an Iron Chef and owner of New York’s Butter restaurant, against chef Jen, a chef from California, in the final dessert round. While the beginning of the round indicated a strong performance by Guarnaschelli, with a sorbet mix in the ice cream machine within the first two minutes, errors soon began to trickle into the chef’s cooking. The cookies for her ice cream sandwiches burned, changing the structure of her planned dessert: from ice cream sandwich to a “tart,” as she put it. Shortly after salvaging the remains of her cookies, Guarnaschelli rapidly removed her key ingredient—the sorbet—from the blast chiller in a fashion probably meant to intimidate her competitor, but which only resulted in the complete loss of the sorbet as it spilled out of the bowl. As such, she resorted to quickly slicing a pomelo and adding it unmodified to her dish at the last moment.

During judging, the only true complaint against chef Jen’s dish was the texture of the panna cotta, which had turned into a “soup” because it hadn’t completely set. However, chef Alex’s dish was criticized for its lack of pomelo sorbet, which would have offset the excessive butteriness of the “tart” in the dish. Oddly enough, chef Alex was even commended for the last-minute addition of the pomelo, even though an unchanged mystery ingredient is typically not grounds for compliment when it comes to judging. Somehow, despite all these errors, Guarnaschelli was chosen as the winner.

The second episode of the series, featuring judge Scott Conant, yielded the same disappointing results as the first. First of all, the last round—traditionally the dessert round—was switched to a savory round, probably for Conant’s benefit. Judging resulted in the same inconsistencies as the previous episode. While the two chefs presented similar dishes, the judges noted that Conant’s dish lacked any sign of the ranch packet flavoring, a key ingredient during the round. Indistinction of a key ingredient is a textbook reason for being chopped, yet Conant also claimed the winner’s title at the end of the episode.

The judging of this series reveals a deeper truth about the judges: They believe themselves to be above the same errors that they would have gladly and willingly eliminated other chefs for in the blink of an eye. Any seasoned Chopped viewer knows that something as small as leaving an ingredient unmodified, to something as significant as not being able to taste a key ingredient, is grounds for being chopped. Yet, when the judges commit the same errors, even in the absence of these errors from their competitors, they are ironically declared winners.

This series is, quite frankly, an insult to the chefs who arrive expecting a fair challenge and an opportunity to test their skills against seasoned professionals. It seems the Chopped judges have forgotten the days before their success, preferring to gloat and have their supposed skills praised by their peers—and perhaps losing as a result of it. This series exemplifies how commercial success has diverted the respect of the judges away from their craft. The egotistical pursuit of praise has blinded them from acknowledging the limits of their own merits, preferring instead to slight other chefs at their expense. A chef should always be willing to acknowledge when another chef has put together a well-crafted and thoughtful product. If this series is to create a truly equal field for its competitors and its judges, then blind judging is an absolute necessity. Considering that blind judging is used in another Food Network hallmark, Beat Bobby Flay, there is no reason it couldn’t be easily incorporated into Chopped. Until that is done, however, the present judging will continue to be worthless, and the outcome of every episode will be just as predictable as the one that came before it.