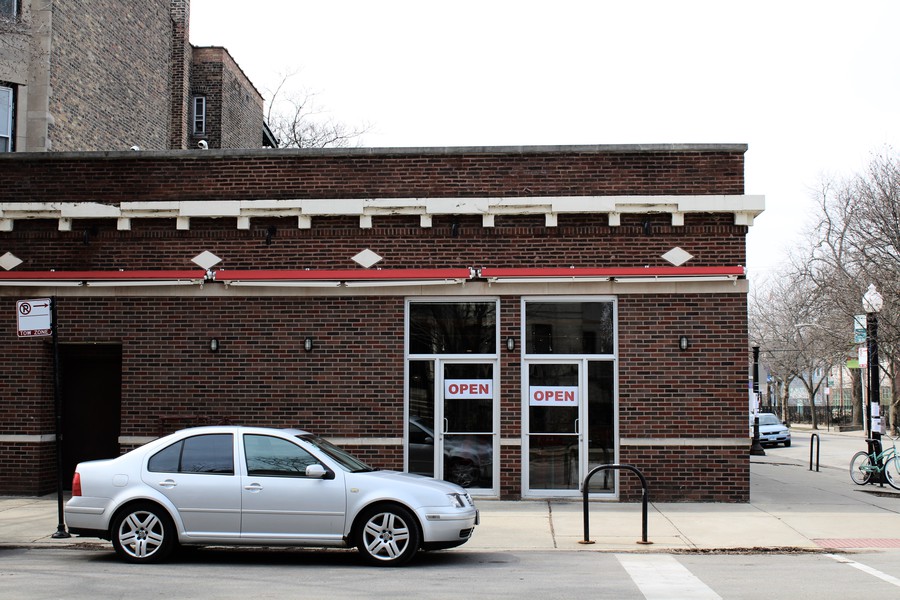 The ongoing COVID-19 pandemic poses a unique financial threat to local businesses in Hyde Park, because the university population, a majority of its clientele, has disappeared in a matter of days.

At least ten restaurants in Hyde Park have temporarily closed due to the ongoing COVID-19 pandemic, in addition to several other local businesses. Although several others are open for carry-out or delivery, their future is also mired with uncertainty, including the prospect of thousands of lost jobs.

On March 15th, Governor J.B. Pritzker ordered that all bars and restaurants close for dining-in starting the night of March 16th to curb St. Patrick’s Day crowds around the state. However, the stay-at-home order issued on March 20th, and the subsequent extension this Tuesday, means that restaurants will now have to wait till at least April 30th to reopen dining spaces.

Many Hyde Park restaurants rely on the spring season to make a profit. Following the transition to “distance learning,” the University’s undergraduate population has dwindled, effectively diminishing a majority of restaurants’ customer-base.

Several restaurants, such as Nella, the Promontory, and Piccolo Mondo, have resorted to fundraising techniques such as GoFundMe pages to ensure that their employees can be provided for during these weeks, when sales are close to nothing.

At least 1,291 Hyde Park residents work in the “Food and Accommodation” industry, 9% of the total workforce of 14,730, according to the Chicago Metropolitan Agency for Planning.

Although the third phase of the government stimulus worth over $2 trillion was signed into effect on March 27, local restaurants are concerned with both the sufficiency of federal loans and the timeliness of their disbursement.

“I’m not waiting for the government. I don’t think I’m going to get very much help, just historically, I’ve never seen it,” chef and owner Rashad Moughrabi of The Nile, a restaurant located on 55th street, told The Maroon.

The Nile, a Middle Eastern restaurant, was founded in 1991 by Rashad’s father, beginning a family-owned operation embedded in the neighbourhood.

Moughrabi said that the restaurant depends on the university population for around 60 percent of its business. The restaurant earns enough to sustain itself through the summer during April, May, and June, the busiest season of the year, until students return in the fall.

“If students aren’t coming back for spring quarter, then we basically have to figure out a way to squeeze by all the way until October,” he said.

Even if the government lifts its order and allows restaurants to re-open their dining spaces, business would be crippled because of the absence of students.

“We would still be making pennies on the dollar, still not bringing in enough business to operate, and I still wouldn’t be able to bring my staff back. So it’s [lifting shelter-in-place] not going to change a whole lot.”

During the past week, the restaurant made only $500 per day, insufficient to cover even the electricity bills. “Hopefully we can bring in enough businesses in the hours when we are open, to keep the lights on,” he added.

The restaurant has seen its employees reduce to four from a total of 15. It has called on chefs and some other workers on a weekly rotation to help support as many employees as possible, Moughrabi said. The Nile has also cut its open hours significantly: 4 pm to 9 pm from Sunday-Thursday, and 12 pm - 9pm on Friday and Saturday.

Moughrabi also said that he has been too busy to set up a GoFundMe for his employees, because in the absence of most of his staff, he has had to prepare for and cook all the food, in addition to washing the dishes and cleaning the floors himself.

Piccolo Mondo, a 35-year old Italian restaurant located on 56th street, has had to temporarily close following the statewide stay-at-home orders, and furloughed most of their employees.

Piccolo Mondo relies on graduation crowds and other large university events for at least 50 percent of their springtime business, according to General Manager Oriel Zas.

Zas said he was expecting a difficult spring, but thinks that longtime relationships with community members will help the restaurant pull through.

“This year’s going to be very tough, and we’re going to have to depend upon the community that is still here. Fortunately, because we’ve been here for 35 years, we have great relations with the community, and we need them to step up and go out to eat to support the restaurants in Hyde Park until things get back to normal,” he said.

Although Piccolo Mondo’s GoFundMe campaign has exceeded its goal of $15,000, Zas is concerned with the lasting effects the economic downturn may have.

“Now our worry is how people will react when we open: will people still be going to eat, or ordering delivery, or will they watch their budget more?” Zas asked.

The unexpectedness of this pandemic has made it harder to process emotionally for Zas. “Most of the times when a business has to close, it’s because you did something bad. But in this case, it wasn’t any of our fault,” he added.

Unable to remain open during these weeks, the Promontory’s GoFundMe campaign has raised less than $5,000 of its $25,000 goal as of March 30.

“It’s very difficult to retain everyone just now. Even at our most robust, we’re operating on an extremely thin margin, so there’s no way we have coffers as back-up,” Jake Austen, Venue Manager at The Promontory, said, explaining the decision to furlough workers.

“The people working here are also my family, and I’ll miss seeing them, and am very worried about how they’re going to make it out. There’s not much I can do for them, and that’s difficult,” he added.

Medici on 57th is one of the oldest restaurants in Hyde Park, first founded in 1962. It has seen its sales drop by 80 to 85 percent in the weeks following the University’s decision to move to distance learning, and Pritzker’s orders on March 20, according to general manager Esterly.

“We have close to 100 people, so we’re concerned about supporting 100 families. But we’ve had to furlough all our wait and busing staff, and are just trying to pay all the paid off-time they’ve accrued, and trying to honour our commitments to them while keeping things going,” she added. “Honestly, I’m not sure for how long we can keep it up.”

Some employees are now working reduced hours in Medici to cope with the drop in revenues. As one of the oldest restaurants in the neighbourhood, she feels that there’s more at stake than financial survival.

“There are employees at the Medici who have been here for 35 years, so we’re really invested in this business, and we have to think about all the people who have put their lives into making it successful, and how to do right by them,” Kirsten Esterly, General Manager of Medici on 57th, said.

“Honestly, it’s hard to look towards the future when we’re struggling every day. So right now we’re just going day by day, and trying to figure out if it makes sense to remain open after the coming weeks,” Esterly said.

Nella, an Italian restaurant in North Campus Residential Commons, also faces a grim spring and summer season. Even in the best case scenario, according to marketing consultant Jim Bloom, sales would only be around half of what they usually are for this period.

Nella had to furlough at least 20 of its employees last week, Bloom added, and is presently trying to remain open for take-out and delivery.

Hourly workers, and employees dependent on tips, are uniquely vulnerable within the struggling industry, and hence need the most support at this time, Bloom added.

“If you wait on tables, you rely on tips. When you don’t tip someone well, you’re depriving that person of income. So it’s a pretty dire situation if you’ve no way to make that up, and that’s the situation most of our employees are in,” Bloom said, explaining the necessity of Nella’s fundraiser.

Although the federal government has enacted three phases of a stimulus package, including the Coronavirus Aid, Relief, and Economic Security (CARES) Act worth over a historic $2 trillion, concerns persist over the sufficiency and timely implementation of the measures undertaken.

The CARES Act provides $349 billion worth of loans guaranteed by the federal government to small businesses like restaurants. These loans may also be later easily forgiven, hence effectively acting as a grant.

However, under its stipulations, each business may avail of a maximum loan amount worth 2.5 times their average monthly payroll, worrying local restaurateurs that the loaned amount may be insufficient, especially given the enormous loss of sales following the exodus of students from the neighbourhood.

“That wouldn’t even cover my rent, so I really don’t know what’s going to happen,” Moughrabi  said, responding to loans being capped at 2.5 times the average monthly payroll.

To incentivize employers to avoid laying off workers, the amount of loans forgiven would be proportional to the number of employees retained, according to the National Restaurant Association. Employees furloughed before the bill passed must be re-hired by June 30 to qualify for loan forgiveness.

This means that if the reduced business due to the absence of students doesn’t permit local restaurants to re-hire all their employees, the double blow of closed dining spaces and the disappearance of most of the student population could be followed by yet another double whammy: an insufficient loan to begin with, and the impossibility of having it later forgiven.

“I don’t expect anything from the government, I’m a realist. It’s still unclear how the support from the government will be administered, or if it will even make sense for us [to avail of a loan] if we’ll have to pay the full amount back” Esterly said.

Local restaurants also have doubts regarding the timeliness of loans and the means by which they will be disbursed. The Small Business Administration (SBA) administered loans worth $25 billion in 2019, hence requiring more than a tenfold expansion in operations, raising questions regarding its ability to do so quickly enough.

“That’s the other thing: for how long will we have to wait? Because that determines if it’s a good time to open or not, or whether you can survive. If help doesn’t arrive until May, and you know that you can’t survive more than two weeks in April, you might have to close. So that’s a big question,” Zas said.

Despite being established for nearly 30 years, Moughrabi said he has to apply for at least ten loans to receive even one from the Small Business Administration (SBA).

If the shelter-in-place lasts longer, The Nile might not be able to continue, Moughrabi said, adding that more was on the line for him. “This restaurant is the source of all our livelihood, but is also my father’s legacy.”

“No one knows how things are going to be, we’re all flying blind,” he said. “I’m just putting my head down and working as hard as possible, praying that I come out the other end.”

Editor's note: The Nile has set up a GoFundMe since the time of publication. Those interested can donate here.