"Never Have I Ever" Gets Representation Right 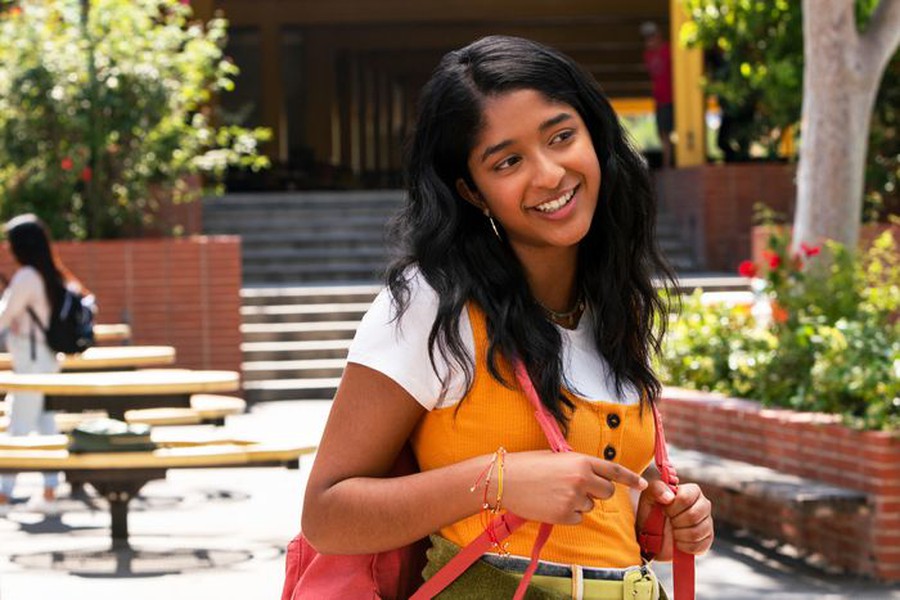 The narrative of the second-generation South Asian American is a compelling one; we’ve somehow all shared the unique benefits and challenges of growing up bicultural. Now, Netflix and Mindy Kaling’s new sitcom Never Have I Ever brings some much needed representation of that multicultural phenomenon into the world of American television, right to your screen.

Where this show deviates from South Asian–American literature, such as Jhumpa Lahiri’s The Namesake, is that, while South Asian–led, the ethnicity of Never Have I Ever’s characters is not the epicenter of their journey on the show. Rather, the show’s premise is the coming-of-age journey of Devi Vishwakumar (Maitreyi Ramakrishnan), a high school sophomore, as she struggles to accept her father’s death while navigating school. It’s a heartwarming story, filled with emotional, warm, and funny moments. And while it develops its characters, ethnicity is only a part of their storylines; it does not define their personalities. And I think that’s something minority representation in Western media could take notes on.

Still, Never Have I Ever nails the Indian-American experience.

Representation of Indian culture extends beyond food, clothes, and religion; it’s about reflecting cultural norms and development as well. That’s something I saw particularly through Devi’s mother Nalini (Poorna Jagannathan), and how her behavior reminded me of my own mother, reflecting how the first generation of Indians moving to America raised their children. Culture resonates through the Tamil phrases blended with English when Nalini speaks at home, her emphasis on bringing hosts a gift when visiting them in the evening, her insistence on “no sexual contact” and absolute fury at finding out her daughter kissed a boy, and her warning that “smacking is still a perfectly acceptable punishment in many minority cultures.” It’s also there, more subtly, in the contrast between the salwar kameez–wearing, long-haired Nalini who first moved to America, and the short-haired, pant-suited professional she had developed into by the present day.

But what spoke to me the most in terms of identity was a particular episode, “… felt super Indian.” The episode explores Devi’s reluctance to show the Indian aspect of her identity. “Am I gonna be this insecure Indian guy who hates doing Indian things? Cause that’s its own identity. It’s just a shitty one,” her friend tells her. And I think a lot of Indian Americans can relate, even if subconsciously. Personally, while I’ve never hated “doing Indian things,” and while I’m definitely proud of my culture, I’ve noticed little moments of hesitation too. Like Devi, I’ll admit I found it “dorky” to see people my age unironically watch Hindi movies and join traditional Indian dance groups. Sometimes I’ve had a bit of my own hesitation. I remember being so upset with my mom when she forced me to play Indian classical violin in front of my entire high school at an event a couple of years ago—and that was in India. It’s taken me a while to get over these feelings, but it’s refreshing to see that struggle displayed so candidly on screen.

Ironically, the show grapples with its relatability in the portrayal of its main character. While Devi has her fair share of nuanced emotional scenes and funny moments, she came across to me as a fundamentally unlikable character. I don’t think this was unintentional; some moments were intended to build toward the climax of character development—like when she drops her friend, whose mother has just abandoned her, to go take part in a fashion shoot at the house of a boy she finds cute. But the show never gives Devi a redemption arc. Instead, it forgives her for every screw-up (and there are many), and banks on our sympathy for her father’s passing. While this is understandable, it eventually dries up as an excuse.

Still, as a show, Never Have I Ever does a good job of blending in culture, storyline, and character development. At the end of the day, it stands alone as the coming-of-age show of a teenager. The selling point is not diversity, but the portrayal of one girl who just happens to be from an ethnic minority. And it doesn’t try too hard to represent every aspect of Indian culture—the rich, the poor, the light-skinned, the dark-skinned, the North, the South. That’s not to say it doesn’t have its clunky qualities, but they’re redeemable enough that the show has enormous potential to do even better in future seasons.