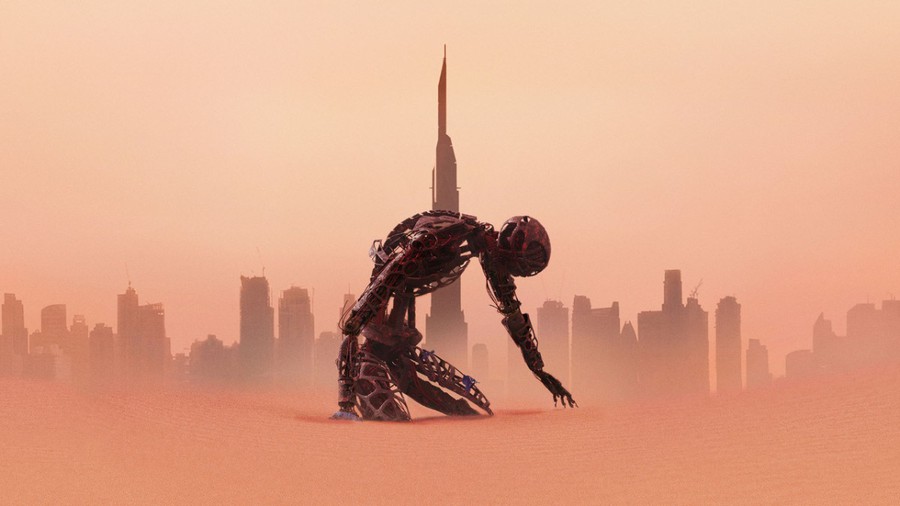 Ramin Djawadi switches it up yet again in the soundtrack for the new season of Westworld.

Westworld: Season 3 is defined by its unfamiliarities. Following the burning of sets, a plotline that called for new settings, and the departure of familiar characters, the show opened its third season in the unknown. However, the one familiar aspect that accompanies these transformations is Westworld’s heralded soundtrack. Written by German-Iranian composer Ramin Djawadi, the third season’s music is defined by a daring abandonment of tradition in favor of innovative scores. From its use of synthetic, modern instruments to its homage to rock and roll, Westworld: Season 3 subverts all expectations for another classically-tinged Djawadi album.

Through synthetic instruments, Djawadi creates a sonic storyline of liberty. Westworld’s third season consists of an unfamiliar landscape for a show governed by the physical constraints of its spatial-narrative parks. Djawadi’s soundtrack follows these first steps into a new, unknown world with an alien orchestra. Gone are the western piano saloon and grappling buccaneer beats. In place of these traditional composition forms and tropes are electric signals blaring between orchestral melodies. “Dissolved Girl” begins with familiar orchestral sounds before rapidly evolving into a hail to modernity with classic rock rhythms and harmonies. Immediately following “Dissolved Girl,” “MOTO” takes listeners into a purely synthetic world with exclusively electric instrumentation. While Westworld’s characters embark into the unknown technological world beyond the parks, audiences are given a similar experience through Djawadi’s soundscape.

Durational epic compositions are staples to many of Djawadi’s television soundtracks. The Game of Thrones season 7 soundtrack’s “The Night King” and season 6’s “Light of the Seven” both exemplify the sonic cliff Djawadi favors in orienting his complete album. Teasing out crescendos from synergetic refrains, “Wicked Games” drives home the soundtrack’s melding of techno and orchestral sounds. Serving as the epic composition of Westworld: Season 3, “Wicked Games” hones in on the growing tension between classical musical devices and the modern industrial world. Ultimately this piece catalyzes productive conflict, with its soaring string quartet clashing against decisive percussional interjections.

Another of Djawadi’s tropes in composition makes an appearance in the album’s cover of Guns N’ Roses’ “Sweet Child O’ Mine.” In Westworld: Season 1, a pioneering cover of The Rolling Stones’ “Paint It, Black” found its way into the saloon piano of Westworld’s sonic landscape. In Djawadi’s “Sweet Child O’ Mine,” a piano prelude launches an atmosphere of inspiring hope before diving into the roaring introduction of audacious brass harmonizing. The adapted composition amplifies the emotional intensity of its scene, as Maeve (Thandie Newton) embarks into one of the microcosms of the show’s world parks. Djawadi’s piano cover of “Sweet Child O’ Mine” exemplifies his clockwork homage to subverting classic rock music.

Djawadi’s frequent use of music motifs has served as mechanisms to give audiences’ the emotional experience of Westworld. Just like how visitors to the show’s parks engage in otherworldly exchanges and worlds, audiences are given a vehicle to be transported into the emotional exchanges of characters. Through doldrum piano motifs, we experience the repetitive, cyclical nature of the hosts’ lives in the earlier seasons. Through rigid string scales, we are inhibited in the same systemized manner as these characters. And through the eruption of industrialized, synthetic sounds in songs such as “Start a Revolution,” we are filled with the same agency as the liberated hosts of Westworld: Season 3.

Acclaimed for his traditional compositions on the Game of Thrones soundtracks, Djawadi demonstrates his versatile skills in this subversive album. While the show moves out of its familiar plots, characters, and settings, its music score sets a daring precedent for Djawadi. Similarly, novel musical devices and forms create an unfamiliar sonic landscape. Ultimately, Djawadi’s ability to innovate his compositions in Westworld: Season 3 creates his mastery of momentum.