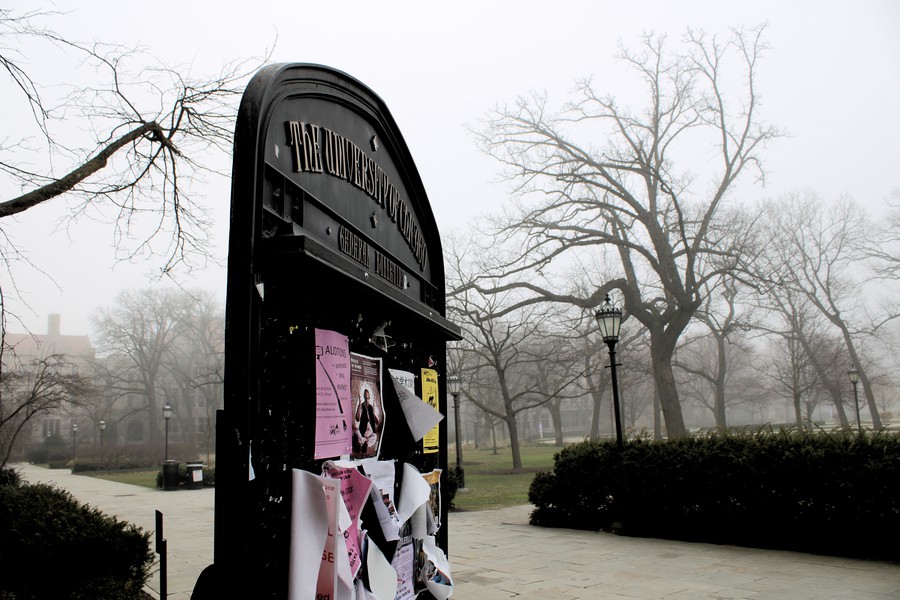 By Carl Sacklen   and Matthew Lee

In a statement posted on Elevate UChicago’s Facebook page, former SG Vice President for Student Affairs candidate Terri Smith and former Vice President for Administration candidate Sofia Barnett said, “Earlier this morning we (Terri Smith & Sofia Barnett) received information which has confirmed the existence of allegations of sexual misconduct on behalf of our previous running mate, Malay Trivedi. Upon learning this information, we immediately made the decision to end our bid for executive slate and to formally and personally dissociate ourselves from Malay.”

In an interview with The Maroon on Friday, Smith said, “This morning, I had someone reach out and call me personally to disclose an incident of sexual misconduct that they had dealt with, with Malay. So, once I was given that information, it wasn’t really hard for us to make the decision to drop out. It was actually quite easy to make the decision.”

“Given that information,” Barnett said, “neither of us felt comfortable continuing to run with him, because that’s not the kind of people we support being in power, and if that means that personally we had to drop out, then that was the decision we made. Both of us are proud of how we’ve handled it and decided that was the best way for the University as a whole. The goal of running for executive slate is wanting to support the student body. Us dropping out, given everything that happened, was the best way to do that.”

Former Elevate UChicago presidential candidate Malay Trivedi has not responded on social media, but in a statement to The Maroon, he said, “In my time at UChicago I’ve worked hard to develop the first ever Illinois student sexual misconduct conference, authored an open letter to the governor and attorney general lobbying for stronger support for survivors, served on the campus partner task force for sexual misconduct prevention, and serve on the sexual misconduct student advisory board that is selected by the Title IX office.

“I include this information to say that I’ve fervently used my position and voice to advocate for survivors. While I am disturbed by the circumstances under which this has occurred, this situation must be treated with the gravity and seriousness it deserves. It is so important to me that anyone with concerns are able to receive the right support they may need from the appropriate offices/authorities.”

In a statement issued Friday night, the SG Elections and Rules (E&R) Committee said that students who already voted for a withdrawn slate would not be able to recast their ballot. The E&R Committee also said that it would not re-administer the election, citing the lack of precedent and mechanism for doing so.

Barnett and Smith declined to endorse another slate, telling The Maroon that their experience highlights the need for UChicago to increase the availability of resources for survivors on campus.

“If nothing else, this highlights the need for increased Title IX resources on our campus and, like we said in our official statement, regardless of titles and positions, that’s something Terri and I both care about especially given how immediate and broad in the light of campus this has become,” Barnett said.

Voting for the SG executive slate began on Thursday, April 30, and will continue through Tuesday, May 5.