Amid Quarantine, the Arts Core Gets Creative 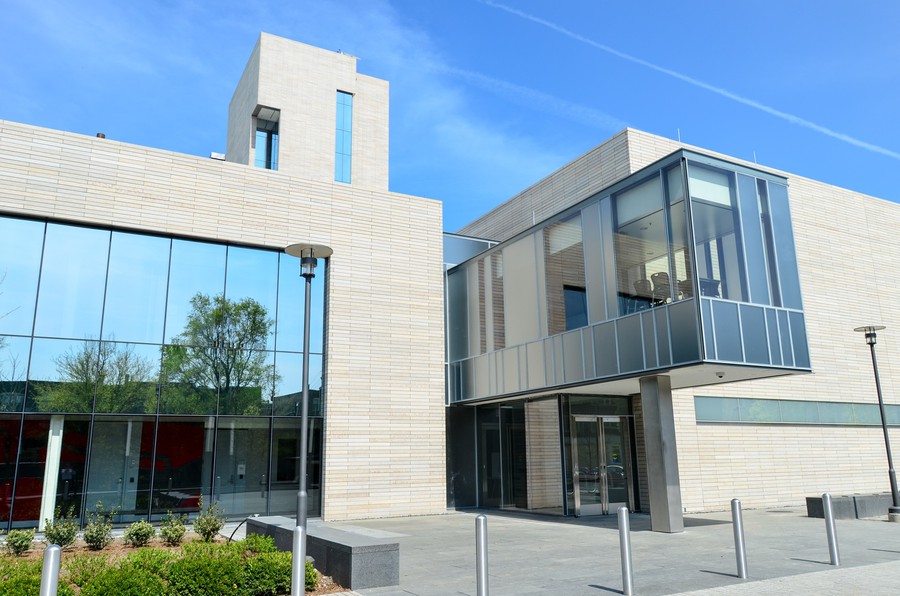 Even though Logan Center hosts no Arts Core students this quarter, students and professors improvise to retain the UChicago arts culture from their own homes.

Although silence has filled the UChicago campus, classes are still very much in session. Students and professors continue to adjust to online learning, but certain courses have had more difficulty in ensuring students receive the same quality of education as before. The various arts Core classes are some of the most popular subjects for students, challenging their minds in a different way, but this experience is not the same for them in this new atmosphere.

In Visual Language: On Images, students participate in studio exercises, visit museums, and develop a unique approach to art and its various forms. This 2-D art class involves studio work and critical discussions, teaching students basic principles of art and concepts to expand their understanding of others’ artwork. However, this, of course, isn’t the same this quarter. Visual Language: On Images hasn’t had traditional Zoom meetings as other classes, but they communicate regularly through Canvas discussions, as teachers try to ensure students get as thorough an experience of the course as possible.

With everything run on Canvas, students aren’t able to get the same experience. While they still create their artwork at home, they aren’t able to showcase it in the same manner to their peers. “One of the biggest cons of online classes [is] the lack of critiques,” second-year Jude Brewer noted. “The way we are currently doing critiques is uploading our works on a discussion page and having others comment.” While this still allows students to interact with each other and observe others’ works, Brewer feels that “there are some elements to traditional work that you have to see in person to give a well-rounded critique.” This course also normally offers students a chance to escape to the Logan Center from their normal study spots, and although they can’t physically be there, the art and curriculum are helping them “de-stress during this weird time,” as Brewer said.

Theater and Performance Studies (TAPS) classes are designed to introduce students to new skills and concepts across different genres, styles, and settings. Many of the classes normally consists of readings and discussions, but students also attend performances and screenings across campus and Chicago itself. Now online, this course still emphasizes collaboration and communication through discussion boards on Canvas and Zoom breakout sessions. Professor David New, instructor for Drama: Embodiment and Transformation, has approached this by having students watch Broadway films at home and discussing them later as a group. Alexa Silfen, a first-year, shared with The MAROON how this “is very productive and still allows us to share our thoughts as a group.” On a regular basis, they also do communication exercises to promote a more open environment. This large focus on collaboration allows students to still grasp an understanding of an introduction to TAPS, even if it’s not in the optimal way.

Across the same field, Acting Fundamentals, another popular TAPS course, is known for its quirky curriculum, as students get to read, improvise, and perform. Performing scenes over Zoom isn’t easy, but professor Thomas Pasculli adds fun dancing sessions into his classes to keep his students on their toes, both literally and figuratively. First-year Adil Dahlvani shared, “The in class dance parties are fun, but the collaborative projects outside of class are hard because my peers are too far away.”

Introduction to Film Analysis covers famous works, film techniques, and general concepts of film analysis. Watching films is normally a major part of the curriculum, and students have been able to implement that into their own homes. However, collaboration has been harder for this course online. Emily Nagler, a first-year student in professor Ian Jones’s class, noted, “The class has a lot of group work which is really difficult to do with a different group every week especially online.” In professor Jenisha Borah’s class, first-year FJ Marsh also emphasized the strong presence of collaboration and group work: “We’ve been using breakout rooms, which are sort of awkward, but I think as we’ve gotten to know each other (even if it’s just during class time) and gotten used to virtual learning, we’ve been able to start opening up more.” Despite this challenge, students have gotten the chance to understand filming from a point of view they otherwise wouldn’t have seen. Borah’s class is even doing a video essay for a project, which is not typically what students would expect in the curriculum, but they are open to the new approach.

Although this isn’t the ideal scenario, the students and their professors are making the best of the current situation. With everyone adjusting to this new way of learning and living, many students find comfort in their arts classes, which in turn provide them an odd escape from the normal UChicago workload.