Despite Its Stars, "The Lovebirds" Fails to Take Flight 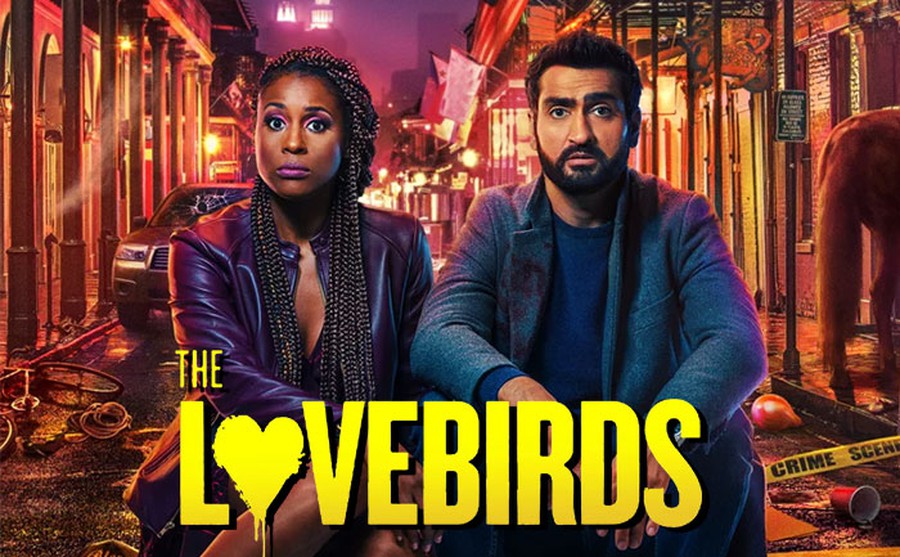 In so many ways, "The Lovebirds" strikes as the uninspired byproduct of some algorithm-generated streaming behemoth.

Issa Rae and Kumail Nanjiani belong in the upper echelon of modern entertainers. Charismatic, witty, and neurotic in a charming and relatable way, the duo boasts the sort of dynamism and universal appeal rarely found in performers. And it is precisely the talents of its stars that makes The Lovebirds so disappointing.

The new rom-com released on Netflix is, well, a quintessential streaming rom-com. Perfectly inoffensive and unmemorable, it elicits a few chuckles and offers some mindless background entertainment while the viewer folds laundry or puts away dishes. In so many ways, The Lovebirds strikes as the uninspired byproduct of some algorithm-generated streaming behemoth; in fact, the movie was originally planned to be released in theaters before the coronavirus pandemic pushed it to Netflix. Regardless, neither the theater nor Netflix alleviates the immense and glaring potential of the movie that is most evident in the performances and chemistry of its stars, who distract the viewer from an otherwise half-baked script.

From the outset, the on-screen pairing of Rae and Nanjiani as Leilani and Jibran generates immediate sparks. The movie juxtaposes a montage of the couple falling in love with their reality, four years into the relationship, of endless bickering and thinning patience. It’s a promising beginning, inducing enough whiplash and landing enough whippy one-liners to compel the audience to continue watching.

We quickly discover that the entirety of the movie is composed like this; the occasionally well-placed commentary about crudités and nerdy squabbles about The Amazing Race do little to hide the essential hollowness at its core. The movie attempts to juggle overcrowded storylines that position Leilani and Jibran in a tangle of murder, corruption, and blackmail schemes that culminate in their involvement in an underground sex cult. While on the run from the criminals and the police, Leilani and Jibran attempt to navigate a relationship that has all but run its course.

At a crisp 86 minutes, the audience believes that, through the sheer talent and will of the costars, the movie will make a crucial turn into a vehicle worthy of its cast. The script from Aaron Abrams and Brendan Gall underserves the actors, believing erroneously that quirky details act as an adequate substitute for true character development and that ill-timed bickering provides the necessary background of a relationship. Director Michael Showalter provides lackluster directing with a bland focus on the type of slapstick comedy that has been outdated since the turn of the century.

Rae and Nanjiani do their best to carry the movie, but without dialogue or direction befitting them, they lack the tools to construct a formidable romantic comedy. The final scene of The Lovebirds alone nearly convinced me that the movie was worth consideration. I do hope that Rae and Nanjiani—the actor-writers behind the consistently excellent Insecure and delightful The Big Sick, respectively—return to the screen together, helming a project that utilizes their charms and talent to great effect. They possess an enviable chemistry that promises better returns and large box-office sums in the future.