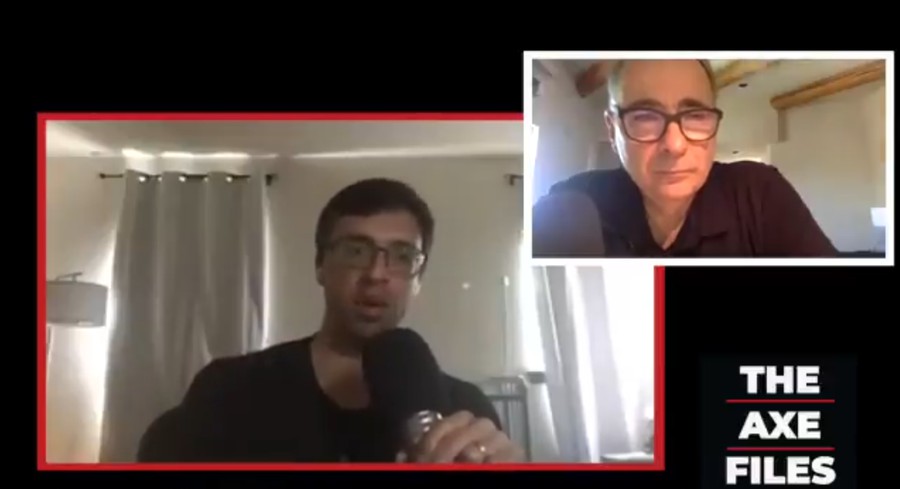 Ezra Klein, co-founder and editor of Vox spoke with David Axelrod for a live taping of the Axe Files.

Ezra Klein, co-founder and editor of Vox, spoke with Institute of Politics (IOP) director David Axelrod on May 27 over Zoom about their experiences in journalism, U.S. political polarization, and their thoughts and predictions on Trump's COVID-19 response and the 2020 presidential election. The talk was recorded for Axelrod’s The Axe Files podcast.

Klein said that his post-graduation work on former Vermont governor Howard Dean's presidential bid back in 2004 led to his decision to switch careers, from campaigning to journalism.

“I realized I didn’t like working on campaigns. And the reason I didn’t like working on campaigns was I didn’t like having to support a candidate no matter what it was they said, thought, or did,” Klein said. Instead, his politics and policy blog that he’d been writing and producing at night became his primary focus. “It became clear to me that this side gig that I thought I was doing on my way to working in politics was actually the thing itself,” he said. Klein would go on to write for The Washington Post before founding Vox, a news site focused on explanatory journalism, in 2014.

During Dean’s campaign, Klein also observed the early adoption and success of digital technologies in politics. “Dean ran this outside, confrontational campaign. What he showed using these new tools like MeetUp.com was that these were big organizing tools. He was able to raise a tremendous amount of money and create this template for a campaign that is small donor-driven. That uses the internet not to just get money but to get attention…Dean opens up a pathway that is available to an Obama, a Bernie Sanders, and a Donald Trump.”

Klein said that his new book Why We’re Polarized is a direct response to the Trump presidency and the disjointing of American society.

According to Klein, the news in an ideal world would be a mirror held up to the world, but the world is far too large, so the media instead pushes political stories and figures that cause a strong emotional response. Klein also said Donald Trump is not the first nor the last to use this playbook, because the media is biased towards the loud and confrontational.

While polarization is an effective campaigning tool, Klein added, it doesn’t lead to good governance, as per the current COVID-19 pandemic.

Klein also weighed in on Democratic presidential candidate Joe Biden’s possible vice presidential nominees. “What the economy and the public health system situation in January of 2021 is going to be rough,” Klein said. “He needs to pick the person who could be president, and help him be president, and if, God forbid, if he can’t keep serving as president. I’ve been very impressed by Elizabeth Warren and I think she’d be a good call on it. My argument for Warren is not that she will help [Biden] win over someone or another or unite the Left, my argument for Elizabeth Warren is she is an excellent person if you need to simultaneously rebuild the federal government and do a massive economic mobilization.”