Noah Cyrus Breaks Free in "The End of Everything" 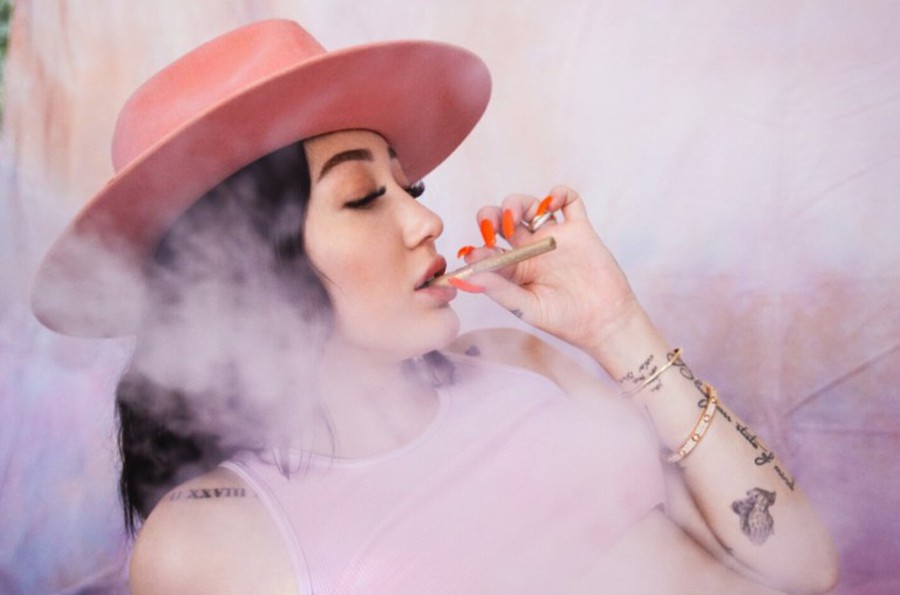 Noah Cyrus's latest EP "The End of Everything" is a self-conscious, introspective, and mature venture that sets out to publicly cement the identity of its creator.

Nothing screams apocalypse like the title of Noah Cyrus’s latest EP, The End of Everything, except for, perhaps, the fact that it was released in the middle of a global pandemic. But make no mistake—this is no quarantine record, no plague-fueled melodic fever dream. The End of Everything is a self-conscious, introspective, and mature venture that sets out to publicly cement the identity of its creator: Noah. Not Billy Ray’s daughter, not Miley’s sister, not just another Cyrus, but Noah.

The song that best encapsulates the mood and message of the album is “Young & Sad.” Here, Noah embarks on the time-old tradition of artists referencing their youth. But whereas Lana was “Young and Beautiful” and Khalid was “Young Dumb & Broke,” Noah casts aside the superficial and focuses on the personal: What defines her youth is the existentialist depression of coming into being and the pains and depressive states that emerge from this journey to self-acceptance. She highlights the contradictory wants of someone growing up who denies the help offered by others—“Let me go…./ Don’t you know I’m only trying to disappear.”—in order to craft a self-motivated reprieve: “Don’t wanna be young and sad another day longer./ Don’t wanna feel numb or mad until I go under.”

It must be said that Noah’s lyrics leave much to be desired. They often come across as routine, if not a bit hackneyed. The opening lines of “Ghost,” “Why don’t we kill the lights?/ I’m no good at hiding underneath a sea of tears,” read like forced poetry. From “Liar,” “You always break a heart when you break a promise” sounds like what one would write in a diary entry never to be shown to the world. From “Lonely,” “’Cause I go to parties sometimes/ and I'll kiss a boy and pretend for the night” is what many a slighted person has said post-breakup.

This is all to add a massive, red disclaimer that I definitely do not think that it was the lyrics that brought The End of Everything, and this unintentional review, to life. Nor was it Noah’s voice, which I’m sure many singers and vocal coaches would find issue with. It’s breathy at times and strained at others; her range leaves much to be desired. It’s hard not to compare her to her powerhouse sister or her achy breaky father.

Instead, what Noah has an excess of, and infuses into her EP with great care, is emotion and authenticity. Both are evident in her delivery and in the feel of her songs. The music itself is deeply embedded in a steady tone of melancholia that carries the whole album, which draws its inspiration from a sense of identity.

The best works in this EP are those that speak wholeheartedly to this sense of identity, both musically and emotionally. “July” is my personal favourite from this album for this reason. Though “July” appears at the latter end of the album, the folk, pop, and country ballad roots Noah’s musical identity with that of both past and present inspirations alike: the folksy, country music of her father, and the indie and pop influences that drive her today. It’s a little ironic how one of the refrains in this piece is “You know I, I’m afraid of change./ Guess that’s why we stay the same.” Though there is a sense of things staying the same, with her returning to her roots genre-wise, there is also a continuous sense of motion in the infusions of pop and narrative of traveling in the song. This push and pull, coming and going, staying the same yet changing, is what’s at the core of growing up, as told by Noah.

Some of the other interesting pieces in the album experiment with different approaches to varying degrees of success. “Young & Sad” opens with a voice message from Noah’s father, telling her, “Hey bud, this is ol’ dad./ Just wanted you to know, you ain’t alone./ Keep a smile on your face./ Everything’s gonna be fine./ I love you.” The intention behind this message is sweet, but when put into a song for the world to hear, it gets uncomfortably intimate. “Wonder Years,” which features Ant Clemons, samples the Beatles’ famed track “With a Little Help From My Friends.” If I strain my ears a lot, I can maybe make out the iconic song that inspired “Wonder Years.” But for the most part, “Wonder Years” takes a new direction, which I suppose is a sampling success—to take what has been done and reinvent it.

Despite how most of these songs appear as responses to personal struggles with mental health, Noah’s vision for this album was far more universal and cosmological. In an interview with NPR, Noah cited the inspiration behind this album as John Boswell’s YouTube video, “Timelapse of the Future,” which chronicles the eventual unfolding and end of the universe. In a more existentialist sense, Noah’s EP is then meant to guide us through different frames of understanding that our time in the world is limited, and everything will end one day. However, excepting the title track, I fail to really experience any of the songs in her album as playing into an extended commentary on temporality and existence. They mostly seem to target particular feelings in a particular moment of her life. But it’s worth mentioning the source of her inspiration because most of the videos of her songs on her YouTube page are filled with galactic images, butterflies (presumably referencing the butterfly effect), and many other lofty existentialist sequences.

Ultimately, The End of Everything has high ambitions that it doesn’t meet. It aims to proffer a commentary on the state of the universe and the transience of life, but ends up at something quite unique to a moment in time and in one’s life. Her lyrics need work, and her voice is not quite where it needs to be yet. But the almost irrationally intimate and personal experience of hearing her emotions bleed through is something I last experienced in Lady Gaga’s Joanne. The End of Everything is self-conscious, and consciously so. Noah lets us into her shadowed world and guides us through her painted cosmologies. Perhaps this album is a cry for help, perhaps it’s an expression of that help; either way, it’s nothing if not a contemplation on starts and finishes, on beginning and ends, on what it means to live as told through the soul of someone growing up and struggling in that process of growth.