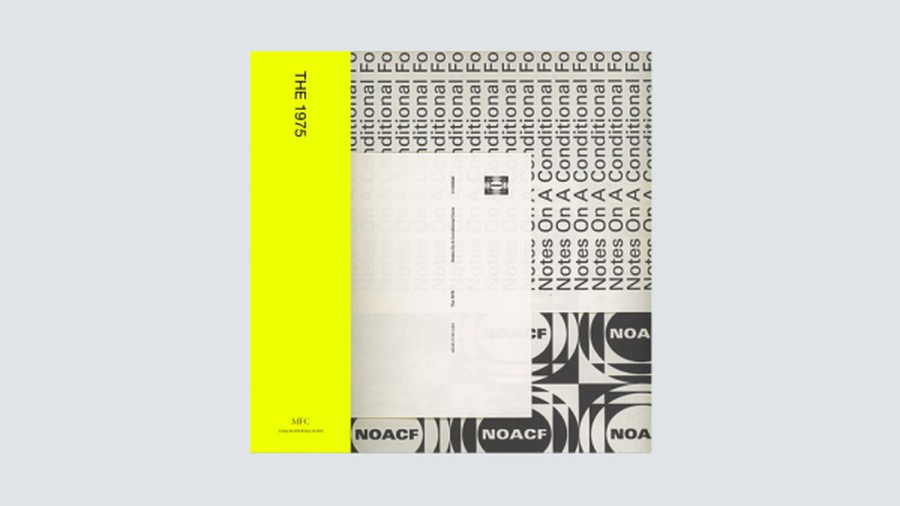 The 1975 comes out with a record at once ambitious and timely.

After multiple delays, album artwork changes, and of all things a pandemic, The 1975 has finally released their fourth album: Notes on a Conditional Form. Written and recorded prior to, throughout, and after the band’s all-encompassing 2019 tour, the 22-track record is the group’s most ambitious project by far. A project of this magnitude is difficult to boil down into a brief description without incurring the danger of over-simplification. At its heart, however, Notes is a celebration of the band tucked into reflections on subjects that lead singer Matty Healy has repeatedly referenced throughout the band’s discography. As he shared in an interview with Apple Music, “It’s the most me record. It’s the truest.” Despite the solidity of its identity, however, the album is not without its surprises.

The album begins with a significant departure from the norm in the first track, “The 1975.” For the past three albums, “The 1975” has always served as the band’s theme, or “video game start up sound,” as Healy called it during a Twitter listening party for the band’s first album. It’s a hallmark of the band, but that’s not the case in this album. Instead, the track features a speech given by Greta Thunberg regarding the current climate crisis, softly punctuated by background instrumentation reminiscent of A Brief Inquiry Into Online Relationships, the band’s previous album. To listeners, it’s both a symbol of the group’s newfound commitment to activism as well as a wake-up call, with Healy shouting “Wake up!” at the beginning of the next track, “People.” It’s a wake-up call that the band has taken to heart in more ways than one; the CDs and vinyls of this album have been manufactured and packaged with as much recyclable material as possible, and prior to cancellations due to the pandemic, the band had pledged to plant a tree for every ticket sold throughout the U.K. and Ireland 2020 tour.

The climate crisis isn’t the only issue explored in the album. Focalized through Healy’s views and experiences, the record covers significant ground in a myriad of introspective subjects, from social anxiety to a search for purpose. Notes allows us to see the evolution of these ideas throughout the band’s albums, in addition to that of Healy himself. In some ways, the album shows us a Healy in stark contrast to the brazen and confident versions he’s presented us with in past albums. Vulnerability takes the helm throughout the tracks, strengthening the album when its soundscape becomes too polarizing. In an interview with NME, the singer described the album as one of domesticity, an aspect that definitely shines through in tracks like “Don’t Worry,” which was written and sung by Healy’s father in response to his wife’s postpartum depression, and “Guys,” a love song dedicated to bandmates George Daniel, Ross MacDonald, and Adam Hann. The emotional openness exhibited by this album is expansive, further inviting the listener into the doubts and fears that plague Healy’s mind, the same that plague ours.

While The 1975 has never been known to firmly inhabit one genre, Notes on a Conditional Form is perhaps the band’s most diverse musical foray yet, with sounds ranging from the country twang evoked by “Jesus Christ 2005 God Bless America” to the 2000s-esque rock in “Me & You Together Song” to the intense punk-rock sound of “People.” The soundscape of this album is ever-changing, leading some critics to accuse the band of excessive self-indulgence. While the chaos inherent in the album can appear to some as a form of carelessness or excessive ambition, deep thought and self-awareness of the band’s entire discography is heavily embedded in each track: easy to miss, but definitely present if listened to carefully. Take the third track of the album, “The End (Music for Cars),” for example. At first listen, it seems to be a grand overture, an orchestral tip of the hat to what the band has termed the end of an era. On closer inspection, however, the track sonically mirrors “HNSCC,” a track from the band’s first album, The 1975. Similarly, “Roadkill” mirrors another track from their first album, “Undo.” What critics have interpreted to be an absentminded and rash creative process is truly the culmination of a years-long reflection on the music the group has created and what they hope to achieve with it.

The sonic diversity inherent in the album shows us that Notes is as much a reflection as it is an experimentation. After the critical acclaim of A Brief Inquiry Into Online Relationships, the band was faced with two options: go bigger, or go back to where they started. In Notes, they manage to do both. In addition to evoking the qualities of their earlier albums, the band also incorporates the music that inspired them into tracks like “Frail State of Mind.” Drawing on artists such as Burial and MJ Cole, the sounds of U.K. garage music the band grew up with are enthusiastically embraced in this track, as they are throughout the album in tracks like “Shiny Collarbone” and “Streaming.” Other tracks have seemingly come out of left field in terms of the band’s repertoire, such as “Tonight (I Wish I Was Your Boy),” which embraces the late ’90s pop in combination with a Kanye West–esque sample at its beginning. Considering the sheer diversity of the album, the production, courtesy of band member George Daniel, is truly an impressive feat. Similarly, the instrumentation provided by band members Adam Hann and Ross MacDonald is incredible in its adaptability to the range of sounds present. The endless variety of the album ensures that the listener discovers something new in each listen, a quality that sets this record apart from anything the band has released before, a fitting achievement for the end of the Music for Cars era.

As The 1975 and its fans look to the future and the start of another era, the last track, “Guys,” best summarizes the prominent attitude of both: “You guys are the best thing that ever happened to me.”