"You Should Have Left"? Me Too. 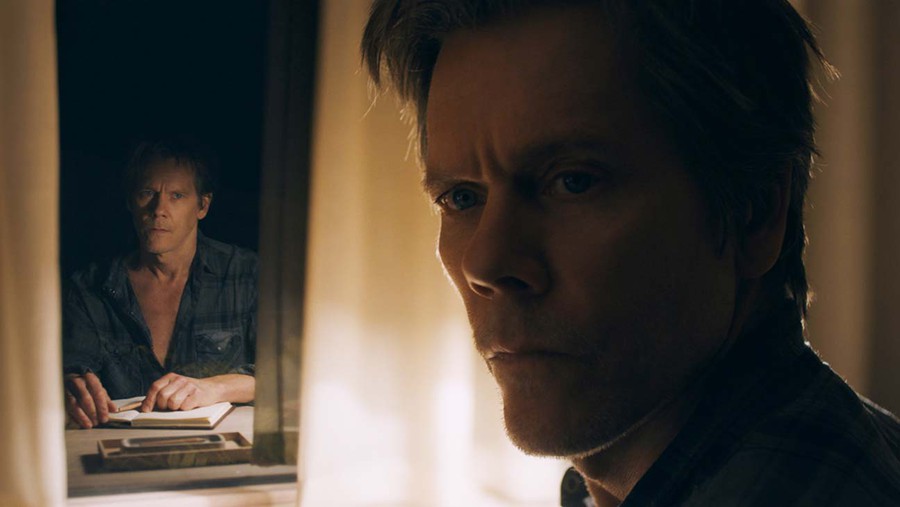 If one watches the film simply for its fear factor, it misses the mark by a long shot; yet, the impending conversation of forgiveness and conviction significantly redeems it.

The following review is spoiler-free.

It’s 2020, and horror movies are definitely not in short supply. Whether it’s psychological thrillers, slasher films, or paranormal activity, people love to be scared (me included). This increased demand, however, makes it even more imperative that movies within the genre bring something fresh to the table. Does You Should Have Left hold up to these lofty standards?

In an interview with Kevin Bacon—longtime actor and star of new film You Should Have Left—I asked him how he, as a horror veteran of sorts, perceived the evolution of the genre. Bacon’s response: “I think there is more pressure, maybe, on horror movies now to be a little bit more elevated, and to have a little bit more to say possibly about the world or about the human condition.”

His response highlights the contradiction that is You Should Have Left. Although the film definitely seems to come from an attempt to do “scary” on a more elevated scale, and while the plot itself might be unique at its core, the film fails to persuade me that it is, in fact, truly different. There were moments when I was excited for what was to come; however, as the film went on it just felt more and more known. As if somehow, in a past life, maybe, I had seen the film before.

When asked, Bacon stated his favorite horror films were “really more character-driven pieces. I think one of the greatest examples of that recently is Get Out. Midsommar, I found really fascinating; Hereditary [too].” Ari Aster and Jordan Peele are leaders in today’s horror landscape, so it’s no wonder that their films are named by Bacon as such. However, compared to those directors’ films, You Should Have Left falters greatly in its creativity and overall place within the horror genre.

The characters of You Should Have Left might have deep, internalized issues, but at no point do their problems seem to affect anyone beyond the characters themselves. Despite their darkness and mystery, each character feels distant and unattached to the outside world, almost reinforcing the fourth wall instead of breaking it. If the main goal had been to create a film focused on character development, there should have been more. More problems. More grief. More connection. The root of fear comes from the very depths of the human psyche and paranoia, so if the viewer fails to connect with or understand the problems of the main characters, what is it exactly that they are being led to fear? We know what the characters are running from, but what exactly are we running from?

It’s difficult to connect the problems faced by the characters of You Should Have Left to a broader social commentary. However, after some explanation from Bacon, a clearer and somewhat surprising picture emerges of the film’s goals and message: “What we’re trying to talk about is thematic, which is [that] we live in this time when [for] a lot of people, the sins of their past are starting to come up and haunt them, [especially] with the digital footprint that everybody has nowadays. You know, you see it time and time again, not the least of which with the #MeToo movement, which is really in a lot of ways driven by that.” Bacon also stated, “The rich and powerful men of this world—time and time again we see an abuse of [their] power, and I think that that’s really what this character that I play is kind of dealing with.”

The genre of horror has changed greatly since the ’80s and Bacon’s appearance in Friday the 13th, and with this has come the necessity for not only serious scares but also for serious conversations. To understand the film, it is imperative to view You Should Have Left not as just another scary movie, but rather as a commentary on #MeToo and similar movements. If one watches the film simply for its fear factor, it misses the mark by a long shot; yet, the impending conversation of forgiveness and conviction significantly redeems it.