Local Politics: What You Should Know 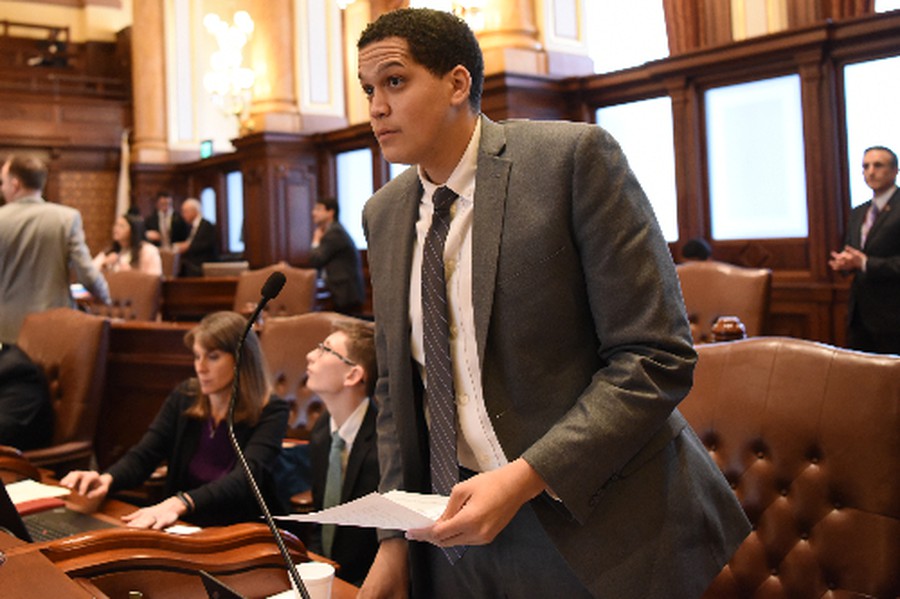 Politics in Illinois and Chicago are complicated and ever-changing, but the Maroon is here to give you the rundown. Here’s a recap of the March Primary and a summary of who you need to know in city government.

You can find the Maroon's coverage leading up to the primary here.

In the primary election held on March 17, voters chose which candidates will appear on the ballot in the upcoming November general election.

Senior Senator Dick Durbin ran unopposed and won the Democratic nomination for U.S. Senate. Durbin was first elected in 1996 and will be running for his fifth term this fall. He serves as Minority Whip, the second-highest position of Senate Democrats. He will face Republican nominee Mark Curran, who beat out four other Republican candidates in the primary. Curran is a lawyer and former Lake County Sheriff who has expressed support for the Deferred Action for Childhood Arrivals (DACA) program, while also being pro-life and supporting a border wall with Mexico.

Cook County and much of the South Side of Chicago falls under Illinois’s 1st Congressional District. In the 1st District race for the U.S. House of Representatives, the Democratic nominee is incumbent Representative Bobby Rush. Rush has held his seat continuously since 1992, making him the longest-serving Congressman in Illinois. In the March primary, he defeated three Democratic challengers: Robert Emmons Jr., Sarah Gad, and Ameena Nuur Matthews. Rush will be running against Republican nominee Philanise White, who ran uncontested. The 1st district has historically voted Democrats to office, and Rush is expected to beat White in the fall.

Incumbent Kim Foxx won the Democratic primary for Cook County State’s Attorney. Since her election in 2016, Foxx has focused on the decriminalization of marijuana, decreasing prison populations, and expanding mental health services. Last year, Foxx was embroiled in controversy for her handling of the Jussie Smollett case. Critics have denounced the State’s Attorney’s office for dropping the charges against Smollett, who allegedly staged a hate crime against himself. Foxx will face Republican Pat O’Brien in the November general election, and she is favored to win.

20 of the 59 Illinois State Senate seats are up for election in 2020. Hyde Park and the South Side of Chicago are encompassed by the 13th District. In the primary election for State Senator of the 13th District, incumbent Robert Peters won the Democratic nomination, beating challenger Ken Thomas (J.D. ’16). Peters was appointed as State Senator after former State Senator Kwame Raoul became Attorney General, and Peters is now running unopposed to hold on to the position. Since his appointment in 2019, Peters has been the chief sponsor on 33 separate bills and has focused on bail reform, creating clean energy jobs, and improving public education.

All 118 seats of the Illinois House of Representatives are up for election in 2020. The University and Hyde Park fall under the 25th and 26th Districts. In the 25th District, incumbent Curtis J. Tarver II received the Democratic nomination. In the 26th District, incumbent Kam Buckner received the Democratic nomination. Both are running unopposed. The results of the election in the Illinois House of Representatives will impact the redistricting of the state, following the 2020 census. The Illinois General Assembly is responsible for drawing the lines for both congressional and state legislative districts.

Who’s who in local government

You can find the Maroon's coverage leading up to the 2019 City Election here.

The last city election was held in 2019, and many notable events have transpired since then. The following is a brief overview of key players in the legislative and executive branches of local government.

The current Mayor of Chicago is Lori Lightfoot, who is serving her first term after being elected in 2019. She is the first African-American woman and the first openly lesbian person to be elected as Mayor of Chicago. Since entering into office, she has focused on eliminating widespread poverty, closing the city’s budget deficit, and fighting gun violence.

Lightfoot has led Chicago throughout the COVID-19 pandemic and has advocated for a cautious approach to reopening the city in the upcoming months. Of her five-phase reopening plan, Chicago is currently in Phase Four: "Gradually Resume.” After months-long closures, restaurants, bars, gyms, and businesses have gradually started to reopen with face mask and social distancing requirements. In addition, a recent Emergency Travel Order requires anyone “entering or returning to Chicago from states experiencing a surge in new COVID-19 cases to quarantine for a 14-day period from the time of last contact within the identified state.” The list of states is updated on a weekly basis and can be found here.

Lightfoot, considered a progressive politician by mainstream standards, has been at odds with protesters who have taken to the streets to support the Black Lives Matter movement. Lightfoot has largely avoided criticizing the police, but condemned the destruction and looting of businesses in May and August, calling it “organized criminal activity.” In an August statement, Black Lives Matter Chicago denounced Lightfoot for siding with police officers over Black communities and demanded the defunding of the Chicago police department.

Chicago’s City Council is composed of 50 aldermen who write and enact legislation. The

University and its surrounding neighborhoods are split between the 4th, 5th, and 20th Wards of Chicago. In addition to passing city ordinances, aldermen also exert influence on legal and financial proceedings within their respective wards.

Sophia King is alderman of the 4th Ward, which includes the region of Hyde Park north

of campus. She was appointed interim alderman in 2016 and officially elected to the position in 2017. She is a member and chair of the City Council's Progressive Reform Caucus and has created a Mental Health Task Force to reopen mental health clinics and expand existing facilities. King’s other major accomplishments in office include the renaming of Congress Parkway to Ida B. Wells Drive and introducing legislation in July to raise the minimum wage.

Leslie Hairston is alderman of the 5th Ward, which includes most of campus, as well as

Jackson Park (the site of the Obama Presidential Center). Hairston is an alumna of the UChicago Laboratory Schools and has served as alderman since 1999. She is a member of the Progressive Reform Caucus and has advocated for many notable projects, including the construction of the Greater Grand Crossing Library, Gary Comer Youth Center, Gary Comer College Prep High School, Comer Children’s Hospital, and the Midway Plaisance ice skating rink. Recently, she introduced the ordinance for a Community Benefits Agreement (CBA) with alderman Jeannette Taylor.

Jeanette Taylor is alderman of the 20th Ward, which includes Woodlawn, the region directly south of the Midway. She was first elected in 2019 and is a member of the Socialist Caucus. Together with alderman Hairston, Taylor has been working to pass the aforementioned CBA. This ordinance aims to prevent mass evictions and displacement in the area around the Obama Presidential Center. The Obama Center is expected to promote local economic growth and tourism, but also gentrification. President Obama himself has opposed a CBA as being unnecessary and non-inclusive, and Mayor Lightfoot has only recently come to a compromise with the CBA coalition about a proposed CBA.