What You Missed: A Spring and Summer of News 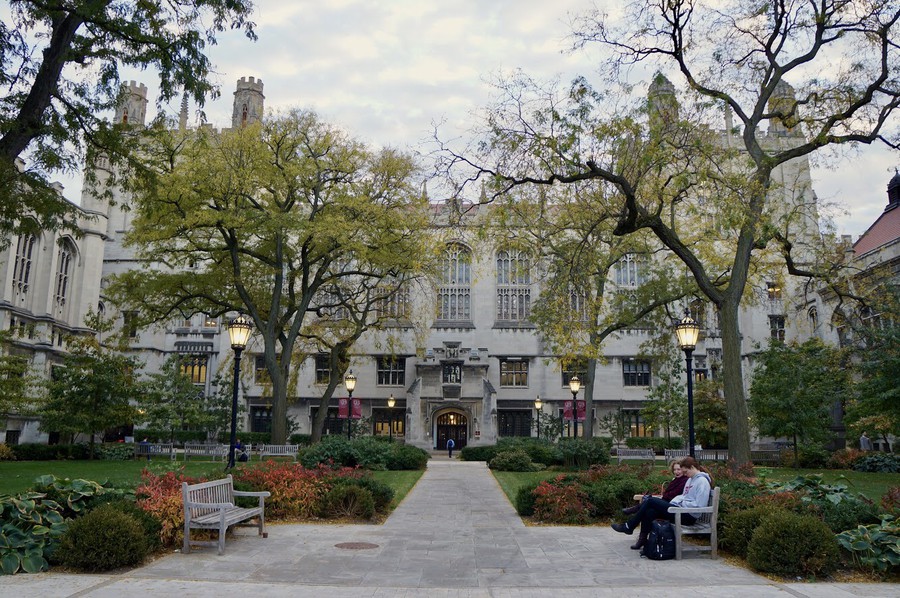 By The Maroon Staff  , Pranathi Posa  , and Tony Brooks

A lot has happened in the city and in Hyde Park since classes went remote for Spring Quarter. Though you might have been away since March (and might still be away now), the Maroon is here to give you a recap of what you’ve missed.

University Announces Remote Learning: On March 12, the University announced that Spring classes would be moved to remote learning in response to the spread of COVID-19. Students were given a little over a week’s notice to vacate the dorms by March 22. The UChicago community came together to support each other in the absence of strong institutional support for low-income students, international students, and anyone else who was left in a lurch in the aftermath of the announcement. To accommodate the abrupt switch, Spring Quarter began a week later than scheduled, resulting in a nine-week quarter, and the University adopted a more lenient Pass/Fail policy. The University also instituted a tuition freeze for the coming school year after pressure from UChicago for Fair Tuition.

Illinois and Chicago Shut Down: On March 20, Governor J.B. Pritzker and Chicago Mayor Lori Lightfoot (J.D. '89) issued a stay-at-home order that was later extended through May. In the wake of the order, Lightfoot also closed the lakefront, sparking many memes on social media.

Charles Thomas Released: Despite COVID-19 conditions in Cook County Jail deteriorating rapidly, Charles Thomas, a former UChicago student who was shot by a UCPD officer two years ago during a mental health crisis, was initially denied release. Thomas was in Cook County Jail for several felony charges related to the 2018 incident and began exhibiting symptoms of COVID-19 in early April. Campus activist group #CareNotCops, which formed in response to Thomas’s shooting, advocated for his release. Thomas was finally granted bail after two denials on April 16.

Hyde Park Renters Strike: With the COVID-19 shutdown causing many Hyde Park residents to be unable to pay rent, Tenants United Hyde Park, which is comprised of three separate unions—Mac, TLC, and Pangea Tenants United—organized a #CancelRentRally. A second set of actions in the form of a rent strike began on April 1.

President Zimmer Surgery: President Zimmer underwent emergency surgery for a brain tumor on May 25. While he recuperated, Provost Lee had authority over presidential duties.

In the Wake of George Floyd; Black Lives Matter in Hyde Park: During the first week of June, UChicago students in Hyde Park and around the nation organized and participated in protests in the wake of George Floyd’s murder at the hands of Minnesota police officer Derek Chauvin. South Side community groups rallied together to support protestors after clashes with the police. University student activist group #CareNotCops staged an overnight sit-in at the University of Chicago Police Department (UCPD) headquarters on June 13th, with demands to “defund, disarm, disclose, and disband.” Students have continued to participate in protests and activism around the city.

Students Demand “Right to Grieve”: Undergraduates began circulating a petition calling on University administrators and professors to make spring quarter finals optional in light of the death of George Floyd and the nationwide protests that followed. It was part of a larger campaign called “Black Students: Assure Your Right to Grieve” and gained over 2,000 signatures in the first two days after its release.

GSU Teach-In: On June 3, the last day of the academic quarter, GSU organized a labor action in which graduate students and participating professors refrained from teaching their classes and instead hosted a series of “teach-ins” on various topics related to the union and other social and political movements in Hyde Park. The action came after the University administrators did not respond to two GSU petitions­—one demanding pandemic relief efforts for graduate students and the other in response to the University’s planned overhaul of Ph.D. program funding announced in October 2019.

Virtual Convocation: On June 12 and 13, the University held its first virtual convocation in its approximately 130-year history due to the COVID-19 pandemic. Students and their families around the world joined in via live webcasts to celebrate the graduating class, while students were promised an in-person celebration during alumni weekend this coming spring.

ICE International Student policy: Immigration and Customs Enforcement (ICE) announced on July 8 that international students would not be permitted to return to the United States for the fall term if all their classes were online. ICE rescinded the procedures after MIT and Harvard filed a lawsuit against the decision. However, newly admitted international students are still unable to get visas if all of their classes are online. The University filed an amicus curiae brief, along with several other universities, in opposition to the ICE decision.

University removes Stephen Douglas plaque: The University removed a plaque honoring Senator Stephen Douglas from Hutchinson Commons, as well as a stone mounted in the wall of the Classics Building which came from Douglas Hall, a building from the campus of the Old University of Chicago. Douglas was the first president of the Old University’s board of trustees and donated a ten-acre plot of land in Bronzeville which formed the Old University’s campus. According to research by the Reparations at UChicago Working Group (RAUC), Douglas used a 3,000-acre Mississippi plantation and 142 enslaved Black people owned by his wife as collateral to finance the purchase of the Bronzeville land.

Fall 2020 Varsity Athletic Competitions Cancelled: The University Department of Athletics announced that there would be no varsity athletic competition in the Autumn 2020 quarter. The department, however, plans to continue hosting practices for its varsity teams.

The Woodlawn Housing Ordinance: After years of discussion regarding the implementation of a Community Benefits Agreement for the Obama Presidential Center (OPC), a compromise was finally reached between CBA advocates and the Mayor’s Office in the form of the Woodlawn Housing Ordinance. Community organizers have pushed for a CBA in order to prevent the displacement of South Side residents after the establishment of the OPC, and also covered concerns regarding employment, education opportunities, transportation, and the environment. The CBA has faced opposition from not only the OPC developers, but also the University, and reluctance on the part of President Obama. In July 2019, 20th Ward Alderman Jeanette Taylor finally proposed a CBA ordinance that focused exclusively on the issue of affordable housing. The Woodlawn Housing Ordinance occupies the middle ground between Taylor’s proposal and a proposal Mayor Lightfoot made in February of this year.

University Announces Housing Arrangements: In June, the University announced that housing would be at 60 percent capacity for the Autumn Quarter. The requirement that the Class of 2023 spent two years on campus was suspended, and a waitlist went into effect for upperclassmen who wished to return to campus. To aid students who had to move off campus unexpectedly, the University partnered with two Hyde Park hotels, the Sophy and the Hyatt, to provide room and board to students.

President Zimmer Steps Down: Citing health concerns, President Zimmer, who was slated to serve as University president until 2022, announced that he would step down July 1, 2021. Zimmer will transition into a role as Chancellor of the University and serve as a Trustee from that point forward.

University Releases Plan for the Return to Campus: A mandatory testing program for on-campus students has been established, in addition to a voluntary testing program for those living off-campus and/or working at the University. The University will also be enforcing social distancing and universal masking, and encourages frequent hand-washing and self-monitoring for symptoms. More information regarding the University’s COVID-19 procedures can be found here.