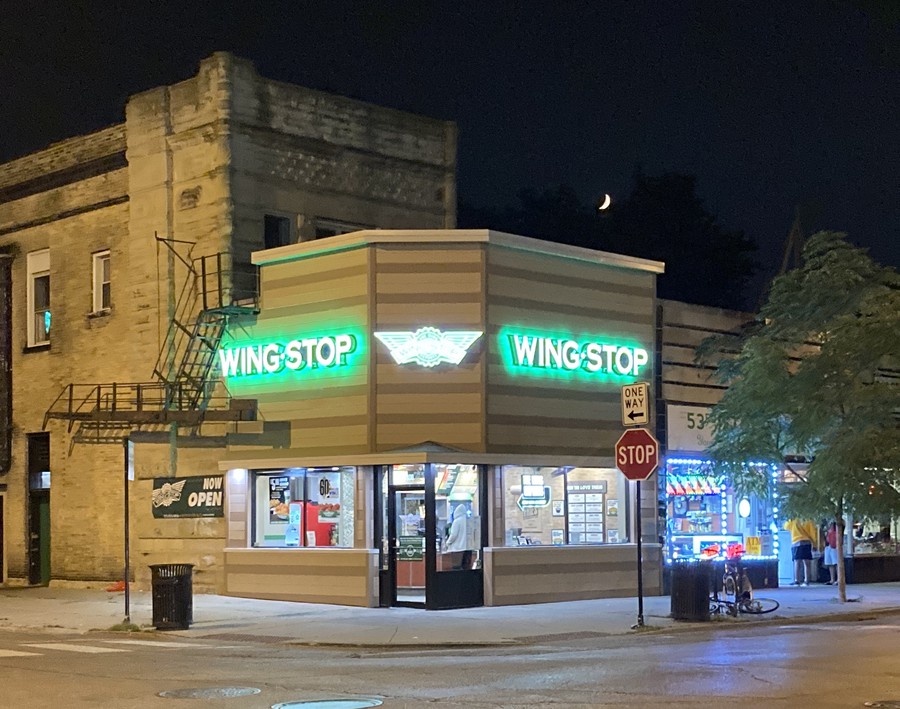 While most of the student body was away during summer break, two new restaurants—Wingstop and Taco Bell Cantina—set up shop on East 53rd Street. Wingstop occupies the space once filled by Hyde Park Taco Station, and Taco Bell Cantina sits at what was once the home of the Freehling Pot & Pan Company.

Wingstop, no doubt already familiar to many in the student body, is a chain of restaurants that sells chicken wings and chicken wing accessories, such as dips, fries, and so-called “boneless wings.” Wingstop is located at 5300 South Dorchester Avenue.

Taco Bell Cantina is envisioned by parent company Yum! Brands as an upscale version of the fast food staple Taco Bell. In addition to Taco Bell staples like tacos, burritos, and, formerly, the Mexican Pizza (R.I.P.), the location will also feature Cantina-exclusive food items. Further, true to its name, Taco Bell Cantina will offer a range of alcoholic beverages for sale in-store, from beer to margarita to spiked freezes. The location opened after a $150,000 renovation this summer. Taco Bell Cantina can be found at 1365 East 53rd Street.

Both restaurants are open for takeout, consistent with Chicago’s city-wide COVID-19 restrictions.