MODA Reimagined: How UChicago’s Premier Fashion Magazine Is Reinventing Itself in the Online World 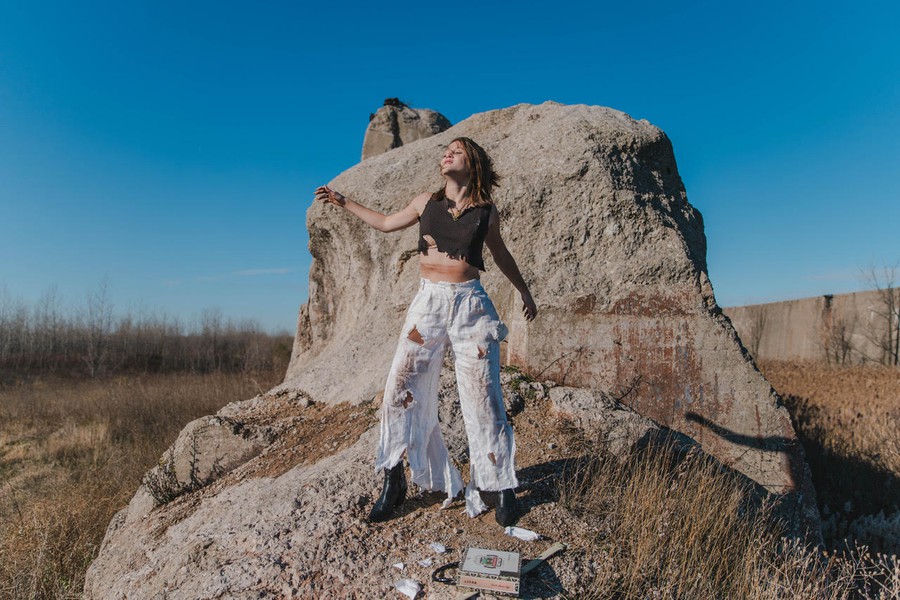 In the age of Zoom fashion, when outfits really only matter from the chest up, trading in sweats and slippers for some shoes and a nice pair of pants appears a big deal. Yet the students behind UChicago’s MODA Magazine haven’t let the constraints of COVID-19 stop them from diving headfirst into the fashion world in their newly released and notably reimagined online magazine and podcast.

MODA Magazine was founded in 2003 as the first of the three MODA branches, which also include the MODA Fashion Show and MODA Blog. Since its inception, MODA Magazine has published more than 50 issues and has been recognized by Teen Vogue as one of the best college fashion magazines in the country. The student-run magazine aims to provide an opportunity for UChicago students to apply their talents to the world of fashion.

Having previously published one print issue per quarter, the COVID-19 pandemic presented new challenges for MODA Magazine: Their last print issue was published on February 28, 2020. Since then, the publication has worked toward undergoing a massive transformation, sensing a chance to change and grow as a magazine. In his “Letter from the Editor” located in MODA’s newest issue, editor-in-chief Louis Levin writes that there is one sentence that he has told his team all quarter long: “Let’s view these obstacles as opportunities.”

It seems as though MODA Magazine has done exactly that. With a brand-new website coded by UChicago students Rachel Gagnon and Livia Miller, an up-and-coming podcast, and a team of 61 editors, photographers, stylists, designers, and writers that more than doubles the magazine’s former staff, MODA Magazine has certainly grown in terms of size.

Yet this is not the only way the magazine has expanded its horizons this quarter. Whereas previous magazine issues were about 50 pages long and contained around eight to ten articles, MODA’s most recent online issue clocked in at a whopping 84 pages and contained 25 articles written on a much wider and more diverse range of subjects than those covered in previous issues. Some articles resembled poetry and creative writing, both of which are new styles for MODA. Others covered subjects ranging from eating disorders to gender norms to Hyde Park business owners to the unique fashion-related stories and perspectives of the MODA staff themselves. Even the photography featured in the new issue signified a change for MODA: This year, photographers were encouraged to be as creative and experimental as they wanted in terms of their style. The end result? A refreshing and visually stunning online issue unlike any previously published by MODA Magazine.

In reflecting on all that MODA has accomplished this quarter, Levin expressed how much this quarter’s issue meant to him.

“I hadn’t really had a chance to fully read our issue until actually it was put up on our website,” Levin stated. “But then I sat down two days ago, and I was crying as I read through it. I say that in a non-boastful way because I didn’t write these articles, but some of them are really, really brilliant.”

Levin attributed these changes in content to the reflecting and rethinking the magazine’s team did throughout the quarter.

“When I think about where we were and where we’re going, the biggest shift has been a focus inwards rather than outwards,” Levin told The Maroon. “Some of that shift in focus has been pretty tough, it’s been asking challenging questions of ourselves and one another about what we find appealing in the fashion industry in the first place and how we [can] be within an industry and criticize that industry at the same time.”

In the past, Levin explains, MODA Magazine focused on trying to emulate the most prominent publications in the fashion industry. However, this year, the MODA team came to terms with the fact that, considering the problematic nature of the industry, this may not have been the best approach.

“The fashion industry is [known to be] filled with issues with regards to discrimination, exclusivity, and inequity, and I think for a lot of people, the fashion industry—especially high fashion—is kind of symbolic of a lot of the problems in the world right now,” Levin continued.

According to Levin, MODA hadn’t been doing enough to address these issues in the past.

“We were kind of aspiring to be a college version of Vogue,” he said. “I think this year, a lot of our thinking, and my thinking, has been that the fashion industry is not somewhere we should look to for guidance and inspiration right now, and that actually, we need to actively think about how we can challenge and reconstruct it.”

So how has the magazine gone about challenging and reconstructing industry norms? For MODA, the answer lies in shifting their focus toward their role within UChicago as an RSO but also toward their role in the surrounding South Side community and the larger fashion industry.

For Levin, that meant a total reset of MODA’s mission and what the magazine is trying to be as well as considering all of this in the context of the various communities that surround MODA.

“We’ve been taking on more diverse perspectives and thinking more thoughtfully about our place in our community. That community is the 61 of us, and then it’s UChicago and the South Side, it’s thinking really directly about what fashion means to us and leading by example rather than trying to follow industry leaders that exist right now.”

A large part of the magazine’s effort to think more critically about their role in various communities will take place in the new MODA podcast. Hosted by second-years Grace Feeley and Arjun Kilaru as well as first-years Nicole Mateo and Stefan Aleksic, the podcast will tackle issues such as conscious thrifting, media representation, global fashion, and cultural appropriation in a way that is more conversational and less formal than the articles in print.

“The podcast is a great way to give MODA Magazine another way to talk about fashion and adjacent topics without the formalities of a magazine,” said Feeley. “We have a lot of talent on this project and a lot of people with interesting ideas and stuff to talk about. I’m excited to see where this will take us.”

While Levin and the entire magazine team are proud of all the work MODA has done to face the challenges presented by COVID-19 and of the strides they have made in reexamining their role in their communities and the larger fashion industry, Levin acknowledges that there is still room to grow.

“When we talk about fashion, and art, we have a way of talking about it in a way that makes it incredibly inaccessible and also in many ways problematic, and I’m really trying not to do that with MODA,” Levin told The Maroon. “I want MODA to be a fun, inclusive space, and I think we’re on the path to getting there, and I have real faith that we will get there, so I’m really excited about the future of MODA.”

Check out MODA’s new online magazine and podcast at www.moda-magazine.org.

MODA Makes Moves: After a Major Reimagining of their Magazine, MODA Continues to Uphold its Commitment to Creativity, Accessibility, and Diversity

In its Winter 2021 issue, MODA finds concrete footing in its renewed commitment to diversity and accessibility.