Instructing Insurrections: How UChicago Can Avoid Creating the Next Ted Cruz

The University must stop masking racism as intellectual discourse and re-examine the Chicago principles. 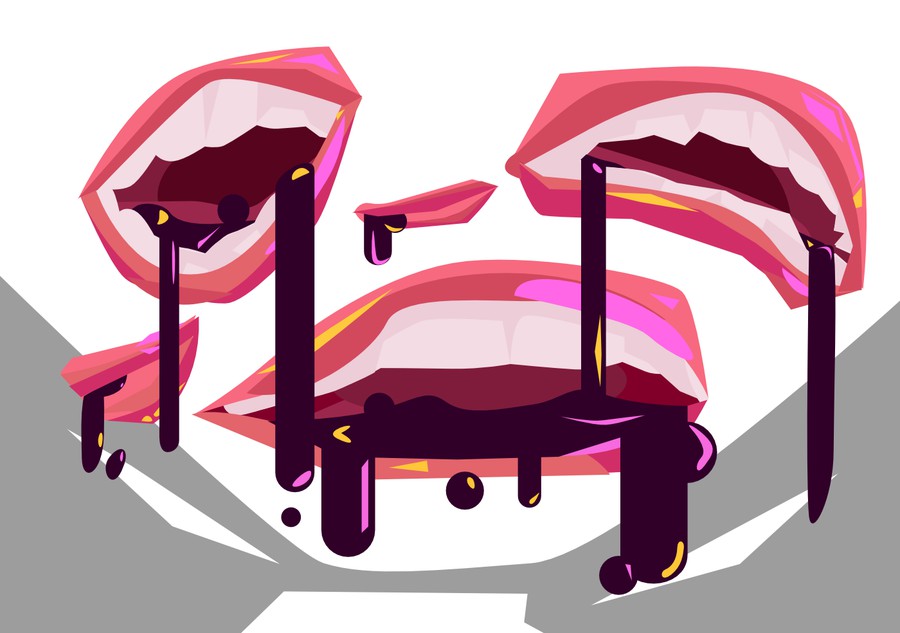 Ted Cruz went to Princeton and Harvard Law. Josh Hawley went to Stanford and Yale Law. Amid coverage of an insurrection at the Capitol and the belated joint session to confirm Joe Biden’s victory in the 2020 presidential election, the educations of the two foremost election result objectors also made headlines; pundits on cable news networks and Twitter users alike were quick to point out Cruz's and Hawley’s prestigious educations, finding it difficult to reconcile the senators’ Ivy League pedigrees with the foolishness of their actions.

Overturning the results of the election was always going to be a long shot’s long shot. Yet Hawley announced in late December that he would formally object to the certification of election results in Arizona and Pennsylvania, while Cruz organized 10 Senate Republican colleagues to vote against certification and support a 10-day electoral commission to audit votes—which Senate Majority Leader Mitch McConnell opposed, and which Politico reported “had no chance” of succeeding. The actions of these two senators were wrong-headed and futile. They also incited an insurrection in the Capitol on the day of the Electoral College count, though of course much of the blame can and should be attributed to President Trump (who is a Wharton man himself!). So where did they go wrong? When in between matriculating at the top universities in the world and hiding from armed intruders in the Capitol building did Cruz and Hawley betray themselves and their country?

It is not that their education failed them—their education did exactly what it was meant to do. It prepared two budding conservative minds to go forth into the corridors of power—to disguise bigotry as love of country, hate speech as meaningful debate. You see, despite constant claims to the contrary, elite institutions are not liberal bastions that engender “woke” minds; rather, they propagate white supremacy by justifying racism as intellectual discourse. The University of Chicago is no stranger to this phenomenon—in fact, with its “Chicago principles,” our school has become a leader in framing hateful rhetoric as par for the course in the pursuit of free speech. These principles bolster and enable the next Ted Cruzes and Josh Hawleys and harm marginalized students, who are told that their rights—their very humanity—are up for debate.

The Chicago principles, first introduced in the 2014 Report of the Committee on Freedom of Expression, set forth guidelines to “promote a lively and fearless freedom of debate and deliberation,” even if the ideas expressed in such so-called debate and deliberation “are thought by some or even by most members of the University community to be offensive, unwise, immoral, or wrong-headed.” As of January 2021, 79 U.S. colleges and universities have adopted the principles or endorsed similar statements. UChicago’s commitment to freedom of academic inquiry has garnered us national recognition: In 2018, The Wall Street Journal called our school “the Free-Speech University,” while President Robert Zimmer was lauded as “America’s Best University President” by UChicago alum Bret Stephens (who is not unfamiliar with controversy for his opinions in The New York Times). On September 29, 2020—the first day of fall quarter—Fox News announced that their student survey found that UChicago was “the best campus for free speech.”

By following the Chicago principles, the University effectively legitimizes and encourages students who may share similar bigoted ideologies. When a Booth professor invited noted white supremacist Steve Bannon to participate in a debate on campus, President Robert Zimmer stood by the invitation, withstanding pressure from student protests outside Booth and a widely circulated letter signed by 122 UChicago faculty members urging him to rescind it. Thankfully, Bannon never stepped foot on campus, though the University certainly made their stance on hate speech clear. Acknowledging that the antisemitic, homophobic, alt-right nonsense Bannon has espoused throughout his life has some academic worth or intellectual merit is categorically absurd. For a young person with hate in their heart to see a man like Bannon espousing his intolerant views behind a podium with the UChicago coat of arms is dangerous and potentially radicalizing. For an immigrant, for a person of color, for a member of the LGBTQ+ community to see that, it is devastating, an assertion that their personhood is not natural, but something to be “debated.” When elite institutions treat people like Bannon as academics—with something to teach, with something valuable to say—it not only validates and potentially propagates such bigoted thoughts, but also signals that the University’s commitment to academic inquiry is more important than the safety of marginalized students and the ability of all students to participate in that inquiry.

Free speech on college campuses is an issue that has been debated and exhausted well before the inception of the Chicago principles, and well after. The Chicago Thinker, UChicago’s new conservative paper, was founded to create a space that “challenges the mob’s crusade against free speech,” as “some things are too sacred to surrender to the mob, and the free exchange of ideas is one of them.” My peers at the Thinker may think me hypocritical, then, for wanting to reimagine free speech on campus. It is, after all, these very principles that affirm my ability to openly criticize the administration, or, say, call for the abolition of the University. But my words—radical as they may be, disagreeable as they certainly are to some—do not do any harm. They do not inspire hate or fear. In short, they have no capacity for violence. And now, more than ever, we are seeing how the latent violence wrought in language can speak (or tweet) violence and death into the world.

We’ve seen how the now–twice-impeached President’s hateful rhetoric and denial of his loss instigated a deadly insurrection. We’ve seen how his early refusal to take the threat of COVID-19 seriously—directly or indirectly—caused hundreds of thousands of deaths.

His words, elevated so by his platform, carry an unconscionable death count. Accordingly, in the fallout of the attempted coup, Trump was banned from Facebook, Instagram, Reddit, Snapchat, and his beloved Twitter. These social media platforms cited Trump’s ability to further incite violence as reasons for indefinite suspension. If Twitter can recognize how hateful speech can beget hateful actions, why can’t UChicago?

Freedom of expression is necessary for intellectual inquiry. But we must recognize how an emphasis on free speech, which is so often used as a right-wing talking point, opens up room for bigoted language and bigoted actions, and how university administrations—including our own—enable this. In a post-insurrection society, we must reexamine the Chicago principles and find a way to balance freedom of academic inquiry with protecting our marginalized students and creating an inclusive community for all. This means disinviting pseudo-Nazis and fascists from campus, yes, but also delegitimizing xenophobic thinking when it is masked as “debate and deliberation” in our classes. We can call out and disengage with these discussions, actively voicing to the speaker and the professor the harm that they do. We need to recognize that some things (like the fundamental human rights of every student in the room) are not up for debate, no matter how many academic terms are thrown around. What is so-called “intellectual intolerance” compared to the kind of intolerance that incites hate crimes? It is no longer a matter of students feeling comfortable—now, after an insurrection at the Capitol, after a year marked by racial injustice and police brutality, it is a matter of students being safe.

We’ve seen the consequences of elevating hateful rhetoric—we have seen it now in the highest echelons of power. It begins in our classrooms, where the Trumps and Cruzes and Hawleys are given the tools they need to acquire and keep power, even if it means promoting fascism and white nationalism. The next Ted Cruz could be walking through the quad right now. The future Josh Hawley might be playing devil’s advocate in your Sosc class. We can prevent such radicalization by reexamining the Chicago principles and prioritizing safety over absolute free speech.

Kelly Hui is a first-year in the College