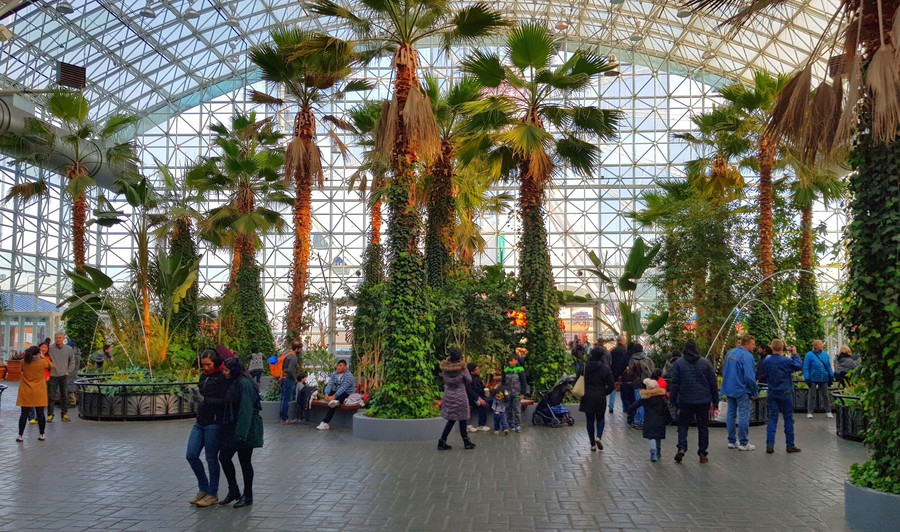 A plan to replace Navy Pier’s historic Crystal Gardens with a “digital entertainment experience” called the lluminarium has drawn backlash from Chicago residents.

For more than 20 years, Crystal Gardens at Navy Pier has served as a space where native Chicagoans and tourists could immerse themselves in a tropical environment. The one-acre garden is free to the public and houses over 80 palm trees, accompanied by a wide array of greenery under a 50-foot arched ceiling.

The Gardens’s recent closure follows revenue losses during the pandemic, which Navy Pier’s president described as “devastating.” In 2021, the pier operated with a $20 million projected deficit and closed temporarily. A Navy Pier spokesperson told CNN, “It’s incumbent upon the organization to develop attractions that support the maintenance, viability, and programmatic offerings of Navy Pier.”

Their solution: the Illuminarium, a 32,000 square-foot “entertainment experience” that uses theater, cinema, and special effects to allow participants to immerse themselves in a variety of synthetic environments. Specifically, it can simulate different environments and locations, allowing participants to interact with these simulations. It operates as a venue, exhibiting multiple shows and environments for different events. Unlike Crystal Gardens, the Illuminarium will likely require an entry fee, similar to an existing Illuminarium in Atlanta that charges $30-$50 per customer.

Chicagoans like Celine Wysgalla are mourning the loss of Crystal Gardens, feeling stripped of a place that gave them joy and happy memories.

Wysgalla is also an activist advocating for the Crystal Gardens to stay. To her, the Gardens are vital, as they are one of the three largest indoor green spaces in Chicago.

She explained to The Maroon that she’s working against “decreased access to green space, especially during the cold weather months when being outdoors in parks is difficult.” She also fears a “decrease in the accessibility of the Pier to residents and visitors, especially those from low-income communities.”

Wysgalla worries about the impact of replacing a green space.

“The Gardens offer a chance to interact with nature and increase your appreciation for the natural world. There is nothing like the Crystal Gardens in Chicago, and it is one of very few free indoor green spaces available to the people of this community,” she said to CNN.

“There should be room for an Illuminarium elsewhere on the pier...There is no reason Illuminarium and Crystal Gardens can’t coexist,” she told The Maroon.

On September 16, she started a petition to save the gardens; it amassed nearly 23,000 signatures by November 18.

The fate of Crystal Gardens seems to be in jeopardy, but only time will tell what happens. For now, Navy Pier plans to open the Illuminarium in 2023—without the Crystal Gardens next to it.