UChicago DSA operates in-person for the first time in two years, plans to broaden its influence and advocate for vulnerable communities. 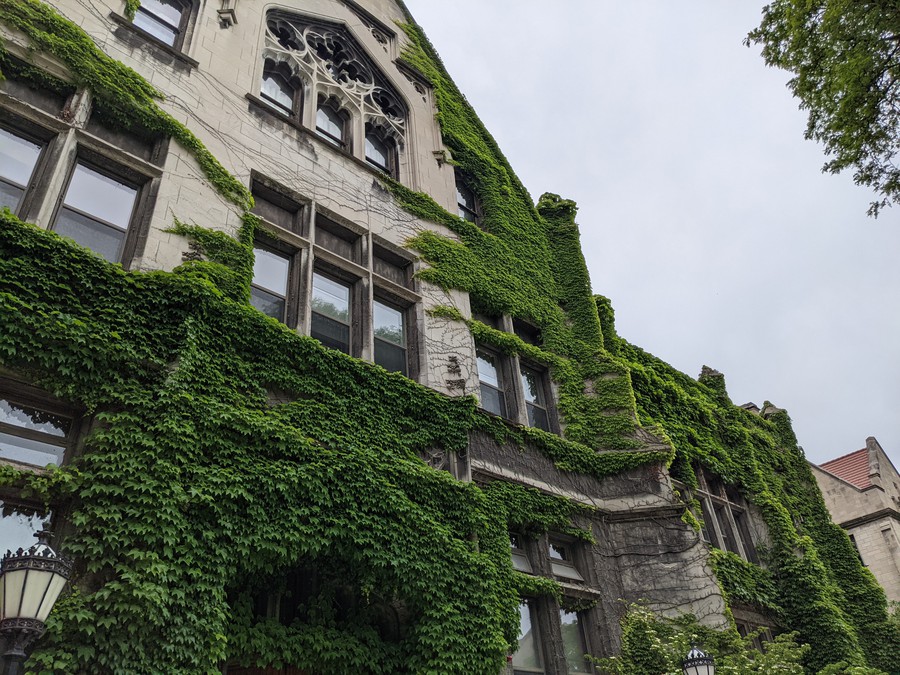 UChicago Democratic Socialists of America (DSA) voted on and passed a new “Back to 10” campaign on November 7 in response to the University shortening autumn quarter to nine weeks. The campaign aims to push the University to readopt the ten-week quarter and bring greater attention to the lack of financial compensation, heightened workload, and mental health impact believed to be associated with the change.

The “Back to 10” campaign will be UChicago DSA’s principal focus until the end of spring. DSA argues that reducing the quarter to nine weeks increases workloads, worsens the mental health of students and faculty, and is unjust if tuition remains the same.

Liz Smith is the co-chair of UChicago DSA and a graduate student pursuing her master's in social work. She believes the “Back to 10” campaign can improve students and professors’ experiences in the classroom and address concerns of the vast majority of the student body.

“I see other graduate students who are struggling to teach classes because they have this expanded syllabus that now they have to compress shorter,” Smith said. “Professors are also struggling with it. People are doing more work for less and they get less out of it. That's something that we have criticized, and we talked about it as a group.”

Members have begun collecting petition signatures and plan to hold demonstrations to raise awareness among new and prospective students. They are also collecting testimonials from students, workers, and professors who have experienced higher stress and workloads as a result of the shorter quarters.

UChicago DSA Secretary Andrew Basta, a second year in the College, explained the organization aims to both educate students on socialist issues and take direct action through campaigns. Direct action entails the use of strikes, demonstrations, and other forms of protests over negotiation.

“We are trying to reach a balance between being a real socialist group and taking action,” Basta said. “We have educational work, sessions, presentations, and we try to balance that out with action so that we can create a really strong organization.”

Basta played a critical role in UChicago DSA’s relaunch in September of 2020. He, along with other organization members, felt energized by Senator Bernie Sanders’s (I-VT) 2020 presidential campaign and wanted to replicate the strong momentum of UChicago for Bernie, a student group that canvassed for Sanders during the 2020 Democratic primaries.

When he was a student, Sanders, who graduated from the College in 1964, heavily involved himself with the Young People’s Socialist League (YPSL), the youth wing of the Socialist Party and the precursor to UChicago DSA. Through YPSL, Sanders was introduced to trade unions while organizing with the United Packinghouse Workers of America, and he advocated for a wide range of progressive issues.

“I reached out to the UChicago for Bernie group, which had a decent presence on campus,” Basta said. “At their peak, I think they sent 100 people to Iowa for one weekend, so it was a pretty massive movement. We wanted to play a similar role on campus.”

Maria Svart, DSA’s current national director, joined the organization in 2004 through UChicago DSA. During her time on campus, her advocacy centered around feminism, the environment, immigrant rights, labor, and anti-war issues.

Communicating mostly by Zoom made organizing and recruiting difficult for UChicago DSA in autumn 2020. As in-person instruction expanded in spring 2020, UChicago DSA increased their membership and obtained their official Youth Democratic Socialists of America (YDSA) charter. YDSA is the youth section of the national DSA organization, and chartered chapters are expected to uphold the national group’s aims and objectives. According to Basta, the organization tripled their membership during autumn 2021 and is now operating completely in-person for the first time in two years.

With the jump in membership and rise in popularity of democratic socialism nationally, fueled by politicians like Sanders and Representative Alexandria Ocasio-Cortez (D-NY), Basta feels optimistic about the organization’s future and hopes to advocate on behalf of South Side residents and university students and workers. He feels that the University often works to undermine these groups with anti-labor policies and gentrification.

“The University continues to fuck over its workers, students, and South Side community through gentrification and through reducing the number of weeks in a quarter,” Basta said. “We need a broad Democratic organization to be able to combat that and build power, and hopefully that can be DSA. In the short term, that means building up a lot more campaigns that we can leverage against the university.”

Along with campaigns about University-specific issues, UChicago DSA supports a range of progressive policies and hopes to uplift community members and minorities. It has collaborated with student groups like Active Minds, a non-profit organization that promotes mental health for young adults, and Care Not Cops, an advocacy group in favor of abolishing UCPD and investing in Hyde Park.

“The national DSA organization passed a large political platform, which includes positions from international solidarity to eco-socialism to housing work to police and prison abolition,” Basta said. “There is also a very active local Chicago DSA. They have campaigns for defunding CPD and the Chicago Tenants Movement, so I think on a lot of the policy and political stuff we take our local and national DSA’s lead.”

“As our social problems and our political problems become more daunting and more overwhelming in terms of climate change, social inequality, and threats to our democracy, I think that leads more and more younger people to look for relatively more radical solutions,” Winant said. “That has been going on now for some number of years, particularly since the 2008 financial crisis, and I think it's likely to continue.”