On Tuesday, Hyde Park saw two homicides and a shooting that damaged businesses and led to injuries for Congressional candidate Jahmal Cole as he dove beneath a car. 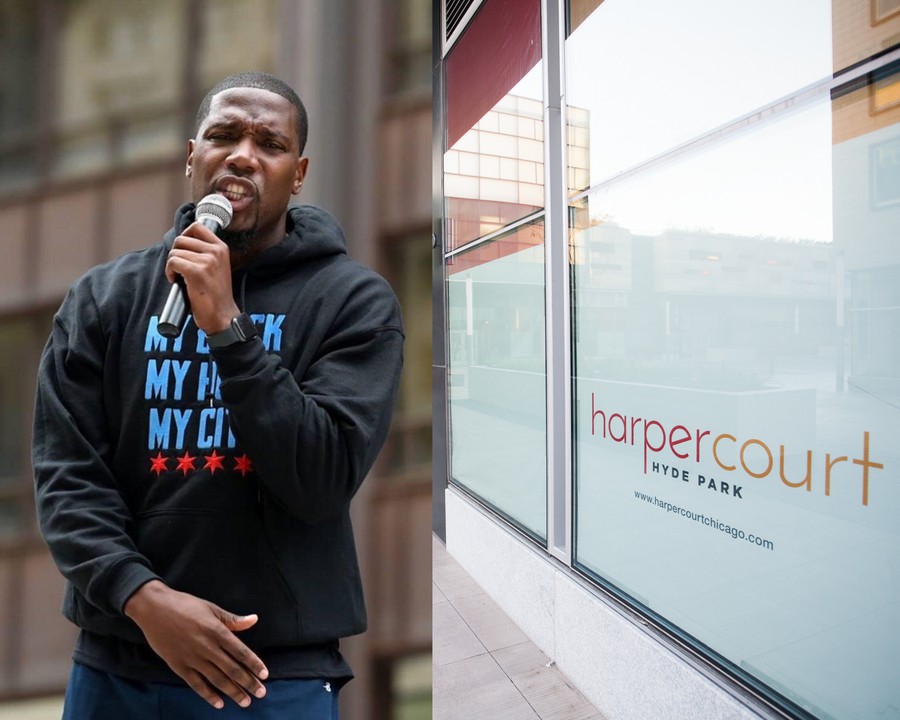 Congressional candidate and South Side activist Jahmal Cole said that he was shot at during an exchange of gunfire at East 53rd Street and South Harper Avenue on Tuesday.

Congressional candidate Jahmal Cole was shot at during an exchange of gunfire on East 53rd Street and South Harper Avenue around noon on Tuesday. The gunfire happened in the 1500 block of East 53rd Street, according to Block Club Chicago. Cole was not hit during the incident.

This was one of three incidents that resulted in injury or fatalities in Hyde Park on Tuesday. At 6:34 a.m., a 31-year-old male died after being stabbed in the right leg in what police called a “domestic incident.” At 2 p.m., a recent graduate of the University was shot and killed during an attempted robbery at 956 East 54th Place.

Cole is the founder of the activist organization My Block, My Hood, My City and is running for Illinois’s First Congressional District seat in 2022. On Tuesday afternoon, he posted on social media that the incident on East 53rd Street was the second time he had been shot at in recent months.

According to Block Club, the incident on Tuesday happened around 11:55 a.m. while Cole was walking across 53rd Street at South Harper Avenue. He was close to Virtue restaurant when he heard the shots. “I knew it was an automatic rifle,” Cole told Block Club, adding that he heard more than 20 shots. With very few exceptions, automatic rifles have been banned in the United States since 1986.

Cole then ran past Harper Theater for cover and dove beneath a car. “Today, I thought I was going to die because I saw blood coming from my neck, thinking I was shot. Fortunately, it was a scrape from diving under a car,” he wrote on Instagram.

At 2 p.m. on Tuesday, Eric Heath, associate vice president for safety and security, sent a security alert to the University community about shots fired at 53rd Street and South Harper Avenue by the Polsky Center and Harper Court, around the same area Cole was shot at. According to the email, the University of Chicago Police Department (UCPD) found multiple shell casings at the scene and observed damages to a nearby business and parked vehicles.

According to the Hyde Park Herald, the incident involved multiple shooters. The offenders fled in a gray Honda, which was reported stolen to UCPD on November 8.

Cole said it was unclear whether he was the target of the gunfire on Tuesday or if the incident was a random shooting.

The University has not specified if the reported incident was the same one that Cole described.

There was just a shooting in Hyde Park in broad daylight on 53rd & Harper. About 40-50 rounds were fired. Be alert out here y’all. It can happen anywhere. I hate this so much. #chicago

While Cole was not hit during Tuesday’s incident, he said on social media that he was wounded during a separate incident earlier this fall. Cole told Block Club that a bullet pierced his left arm on September 29 in an incident at East 69th Street and South South Shore Drive.

Cole said he previously did not disclose the first incident because he “wasn’t ready.” However, he chose to bring his experience to public attention after the Tuesday event since he wanted “every elected official - and every person in this city - to understand how urgent this crisis is.”