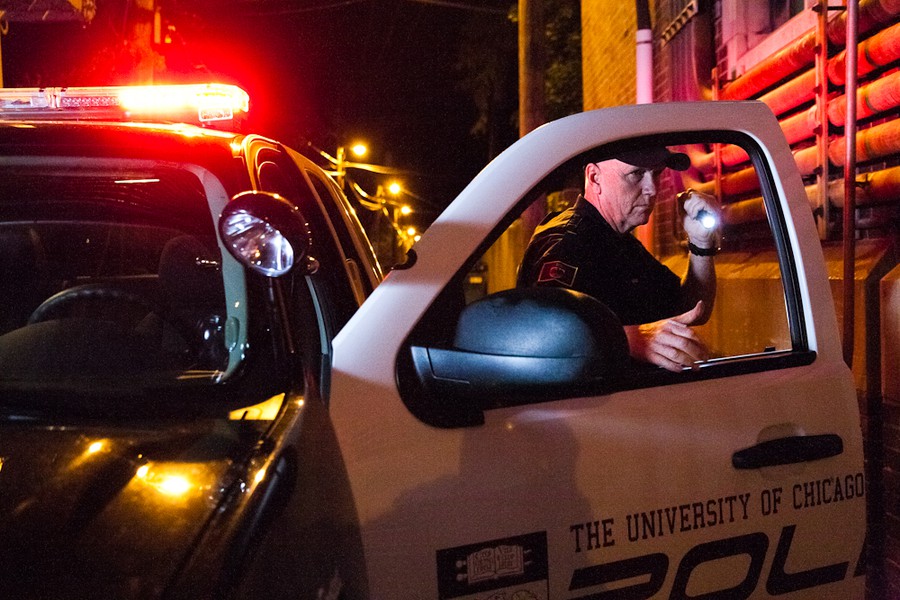 By Roshini Balan   and Nick Tarr

On Tuesday, February 16, the Office of the Provost and the activist group #CareNotCops presented two different visions for the future of campus policing during simultaneous online events.

The provost’s office used the event as an opportunity to explain current public safety initiatives and discuss potential improvements in service. Speakers read from prepared statements before answering questions that were collected prior to the event.

#CareNotCops hosted its forum as a direct response to the provost’s, referring to it on social media as an “ACTUAL public safety forum.” #CNC has long called for the disbandment of the University of Chicago Police Department (UCPD).

Speakers at the #CareNotCops forum criticized UChicago over concerns regarding racial bias and improper mental health training in the UCPD. Alicia Hurtado, a third-year at UChicago and an organizer with #CNC, opened the forum by discussing the limitations of the provost’s event.

“The UChicago forum only takes questions in advance and discusses responses they’re already implementing,” she said. The #CNC forum, according to Hurtado, would cover “public safety measures that the University is not addressing and not giving students the option to address.”

Maira Khwaja (A.B. ’16), who was a member of the Campaign for Equitable Policing during her time at UChicago, also criticized the provost’s safety forum.

“Forums are about asking questions and getting outcomes and having a real conversation,” she said.

#CNC sees the provost’s forums and committees as taking attention away from real UCPD reform, which would involve less use of force and no discriminatory violence or neighborhood over-policing. Warren Wagner, a second-year in the College and a speaker at the #CNC forum, emphasized #CNC's focus on taking concrete action over the University's creation of increasing numbers of task forces and committees. In Wagner’s opinion, while these committees don’t explicitly take away from reform, they are performative measures that lack the diversity of opinion necessary to enact change.

“I can bet you money that they offered some listening session tonight, but I think it’s important to understand the history of UChicago,” he said. “It’ll convene every panel and make every microscopic reform to hide its priorities.”

Khwaja accused the UCPD of a lack of accountability to the communities under its jurisdiction. “Police can act with impunity—there is no recourse to demand knowing who the police officer is who did something. It’s hard to hold officials accountable in private police forces,” she said.

Meanwhile, at the provost’s forum, University administrators detailed recent measures aimed at increasing community involvement in public safety and offered words of support for UCPD. Throughout, University administrators made specific reference to a series of listening sessions held in collaboration with the provost’s office from September 2020 to January 2021 to gauge areas of improvement within the UCPD.

According to Kenton Rainey, chief of police for the UCPD, participants in the listening sessions, which included members of the campus community and the greater South Side, criticized the UCPD for its lack of accountability to students and members of non-University communities within the UCPD’s jurisdiction, poor mental health infrastructure, and limited youth engagement. However, participants also often requested increased public safety services and reported positive changes in their experiences with the UCPD, according to Rainey.

“Universally, participants noted a more positive experience with the UCPD since 2010,” Rainey said.

Eric Heath, associate vice president of safety and security, said that many listening session participants mentioned the UCPD’s size as an issue. According to Heath, it was a common belief among the participants that the UCPD is the world’s second-largest private police force.

According to Heath and in response to feedback from the listening sessions, UCPD also plans to begin releasing annual reports of data regarding key issues like bias training, departmental demographics, arrests, and use of force.

“We believe that a concise and informative annual report that can be easily accessed and shared with our community partners will go a long way to improve communications and transparency,” Heath said. “Our goal is to inform our community and be more transparent about UCPD’s positive role in impacting the community.”

Still responding to the feedback from the listening sessions, Heath highlighted the UCPD’s Independent Review Committee (IRC), which reviews complaints filed against the UCPD in annual reports. The IRC consists of community stakeholders from inside and outside the University, including UChicago students. The IRC’s reports dating back to 2008 are available online.

Jonathan Masur, UChicago Law School professor and chairman of the IRC, said at the event that complaints are first resolved within the UCPD by an investigator, who recommends a course of action to Heath. The IRC then reviews complaints made against UCPD officers, but can only make informal suggestions to the department.

“The independent review committee does not have any formal power to change the results in any case. It plays solely a review function,” said Masur.

Forty-eight of the 183 complaints against the UCPD since 2005 have been handled “outside of the purview of the IRC,” according to the IRC’s 2020 report. According to the same report, the IRC can only review complaints that relate “directly or indirectly to issues of excessive force, violation of rights, abusive language, or dereliction of duty.”

The IRC’s decision has only diverged with that of the UCPD once, when a UCPD officer was accused of using excessive force in 2018. The UCPD claimed the use of force was justified because a complainant had physically provoked the officer. The IRC disagreed, claiming that the use of force was unprovoked and citing body camera footage from the incident. The IRC’s report made no recommendations to the department, and it is unclear how the dispute was resolved.

UChicago is also launching a new committee to increase community representation in public safety, tentatively called the Public Safety Advisory Committee, according to committee advisor, Law School professor, and former chief administrator of the City of Chicago’s Civilian Office of Police Accountability Sharon Fairley. The new committee, according to Fairley, is intended to increase student and community involvement in public safety as well as increase the UCPD’s transparency.

#CNC was formed in 2018 after a UCPD officer shot University student Charles Thomas, who was suffering from a mental health crisis at the time, according to his parents. The IRC’s report for that year makes no mention of the incident.

Provost Ka Yee Lee concluded the forum on a decisive note, emphasizing that the University has no plans to defund the UPCD.

“I just want to be clear that UCPD provides a vital service in helping to keep safe and support our campus and surrounding communities. [UCPD’s] role will continue,” she said.