What is “WandaVision,” If Not MCU-Commercialism Persevering? 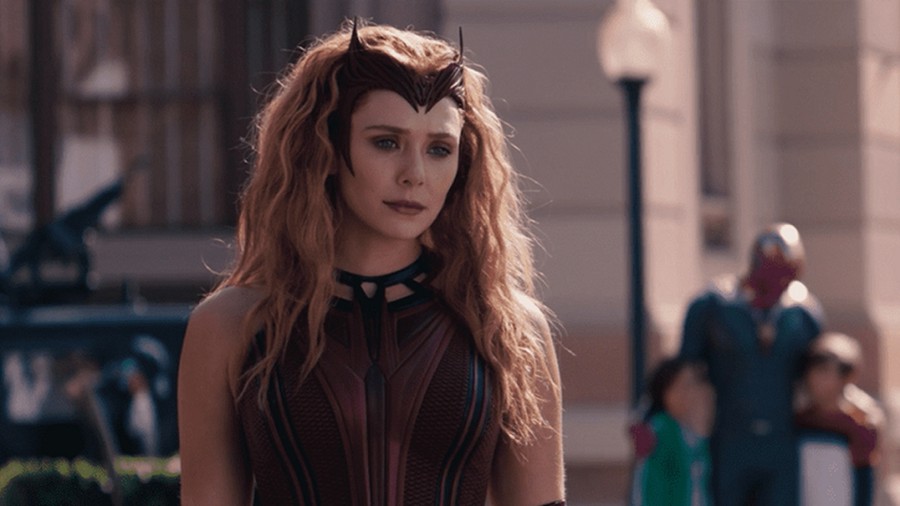 "WandaVision" promised so much, yet delivered little payoff for the expectant viewer.

After two months, nine episodes, and plenty of memes, WandaVision is over. I have already written two reviews of the series, focusing on the first and second thirds of the season. Now, with all the battles fought and mysteries revealed, it’s time to assess the show in its entirety. My main takeaway: When you know the end, the journey becomes far less interesting.

As soon as WandaVision returns to the “real world,” full of S.W.O.R.D. and the FBI, all narrative tension vanishes. Rather than a story building to some unforeseen conclusion, the series morphs into a countdown to the inevitable CGI showdown. Instead of forcing the viewer to actively engage with the show in hopes of figuring it out, Marvel answers the show’s big questions only an episode or two after posing them.

In the midst of all this, I have to eat some crow. My own hunches about WandaVision (government experiment, bizarre torture) proved to be misguided. Still, midway through the series, even as twists were introduced on the road to its big conclusion, I realized something: I simply didn’t care. It was clear where the story was ultimately leading and that disheartened me to the point of disinterest.

Does it matter that the show was so narratively dull? I think so. At this moment in time, there is no such thing as a losing proposition for Marvel Studios. They simply have too much money, too much clout, and too many fans. Any content they produce is going to be a success, and they know it. The Marvel Cinematic Universe (MCU) dominates the commercial aspect of Hollywood and has begun to dominate the artistic side as well, with imitators popping up everywhere (e.g. the DC Extended Universe, the aborted Dark Universe). At this moment of dominance, why shouldn’t they explore new modes of storytelling? As WandaVision’s promise of bold narrative experimentation petered out within the first few episodes, I was reminded of Meghan White’s essay “The Marvel Juggernaut: With Great Power Comes Zero Responsibility”:

The immutable truth is that a behemoth like Disney could be a prime-mover of cultural change if it endeavored so in earnest. They possess the financial safety net to take subversive risks, and yet they stagnate the creativity of the entire industry. But one has to be fair; this stagnation and disinterest in narrative experimentation is par for the course, MCU–wise. A Marvel movie is a predictable product, full of quips, snark, maybe a big sky beam, and a third-act battle with more CGI than you can shake a stick at. Why raise complaints about it now?

I’m raising complaints because WandaVision sold itself as being something different. I was e̶̶̶x̶̶̶p̶̶̶e̶̶̶c̶̶̶t̶̶̶i̶̶̶n̶̶̶g promised a “visionary new age of television.” Instead, I got nearly six hours’ worth of standard Marvel content. If the show had been promoted as MCU business as usual, I wouldn’t complain—but I also wouldn’t have watched it. For someone else, watching WandaVision might have felt like seeing some great mystery unfurl; as it is, I simply felt like the victim of a bait and switch.

None of this is to say that the show is without its high points. I cannot adequately express how excellent Kathryn Hahn (Agnes/Agatha Harkness) is throughout the series. Paul Bettany does better as Vision than seems possible, and Elizabeth Olsen (Wanda Maximoff/The Scarlet Witch) imbues even the show’s blandest moments with impressive emotion. Although the series swiftly loses interest in its sitcom framework, the episodes that stick to the premise are admirable emulations of their references. The ultimate disappointment of the show should not detract from these high points.

However, at the end of the day, WandaVision did not feel like what was promised. It is a standard MCU entry, an explosion of exposition more interested in what it sets up than the story it is ostensibly telling. A few such entries are necessary in a project as expansive as the MCU. When they are the rule rather than the exception, it becomes draining.

"WandaVision" Review: I Think I Know Where It’s Going, I Hope I Don’t