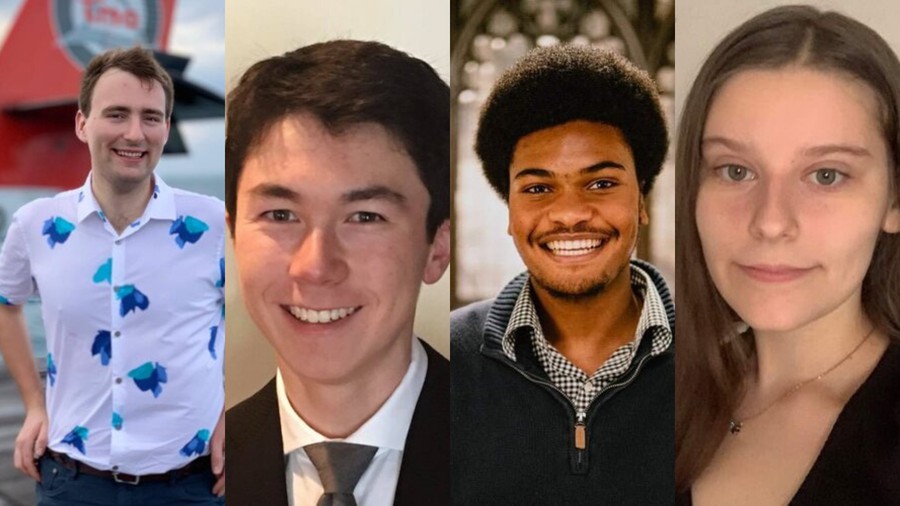 The vote follows the passage of the referendum that splits the student government into a separate USG and Graduate Council, which the student body approved during elections last month. Once inaugurated on June 13, Abbott will manage internal administrative affairs within USG alongside Thrive, the student-elected executive slate. Okeke, Lee, and Long will each become part of a three-person cabinet that oversees committees and specializes in passing resolutions on their respective issue areas.

The final make-up of USG will comprise three executive leadership positions and four vice presidents who make up the cabinet. However, due to the transition occurring after Student Government elections, for 2021-2022, executive leadership consists of four individuals, including three members from the Thrive slate and an Executive Vice President for Internal Affairs, while the cabinet consists of three.

“I’m excited to serve as the first senior SG leader dedicated to ensuring our successful internal operations. The Executive Vice President is here to ensure that the work of the past is not lost or done in vein [sic], to augment the efforts of the present with consistent policymaking resources, and provide a wealth of knowledge for the projects of the future,” Abbott wrote to The Maroon.

Abbott previously served as the College Council representative for the Class of 2022 and is currently the chair of the Transition Committee, who drafts the constitution of USG and facilitates this year’s transition. The transition into the USG, he said, allows members to transcend “archaic and Byzantine governing documents” and develop sustainable long-term relationships with the administration that are necessary to making progress on its initiatives.

In the cabinet, the Vice President of Advocacy will oversee USG operations including Committee on Marginalized Student Affairs (COMSA), Sexual Assault Awareness and Prevention Committee (SAAP), Community Service Fund, and the Emergency Fund.

“I’m looking forward to leveraging my relationships and institutional knowledge to support the visions of the committee chairs for COMSA, SAAP, and the Emergency Fund. I am also excited to work closely with the chairs of COMSA to strengthen the committee’s solidarity with first-generation, low-income students and pilot a subcommittee structure that will allow the committee to more aptly represent the diversity of our University,” Okeke wrote in a statement to The Maroon. This year, Okeke served as the College Council representative for the Class of 2023.

The Vice President of Student and Campus Services will oversee the Committee on Campus Sustainability, Health and Wellness Committee, and other committees that propose resolutions on campus life and student experiences, such as dining, housing, career, and academics.

“I would like to encourage cross-committee collaboration to tackle large-scale issues like campus sustainability and access to mental health resources. In addition, since academics is central to student life, I plan on prioritizing leveling the academic playing field by continuing to advocate for academic accommodations for students with disabilities,” Lee wrote to The Maroon. Lee spearheaded the College Council resolution seeking to reinstate part-time status for students with disabilities during winter quarter.