UCPD administered medical assistance at the scene before taking the man into custody and bringing him to the University of Chicago Medical Center. No one else was wounded in the gunfire exchanged. 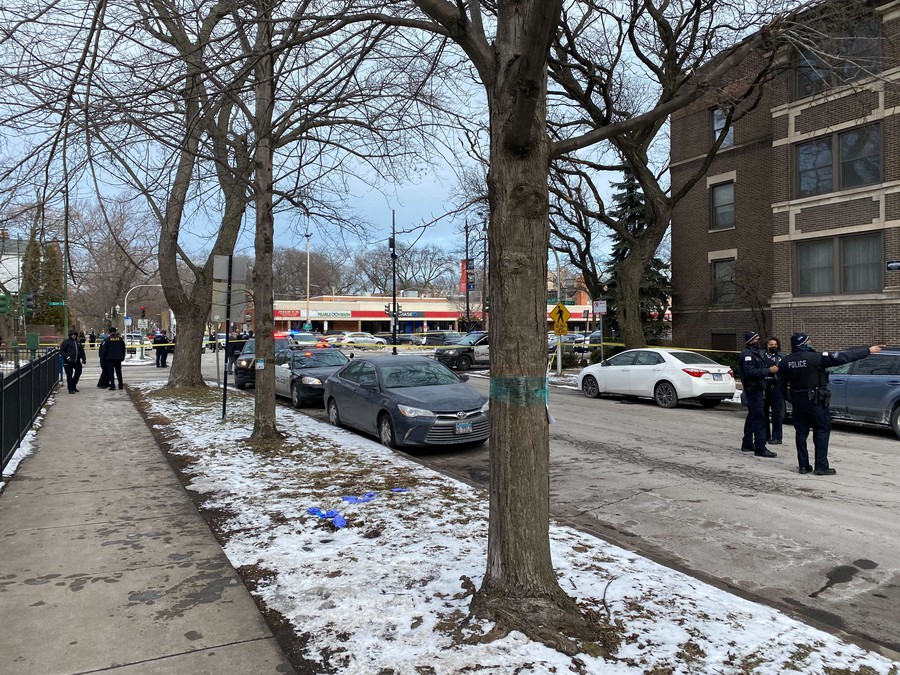 Police officers block off a section of Woodlawn Avenue following a shootout between a UCPD officer and a man wielding a firearm.

CW: This article links to graphic video content and contains descriptions of the footage.

A man was wounded in a shootout with the University of Chicago Police Department (UCPD) late Tuesday morning near the intersection of East 53rd Street and South Woodlawn Avenue.

A UCPD officer encountered the man carrying a handgun near 53rd and Woodlawn at 11:43 a.m. on Tuesday, according to an email sent to the University community by Eric Heath, the University’s associate vice president for safety and security.

According to University reports, the officer stopped his vehicle to investigate, after which the man fired shots and the officer ordered him to get on the ground. The individual then came in the direction of the officer, who fired his weapon and struck the individual twice in the thigh, Heath wrote in the email. Chicago Police Department (CPD) units were called to the scene soon after, according to police scanner reports.

According to a follow-up email sent by Heath on Wednesday, UCPD supplied the individual with medical aid before taking him into custody and bringing him to the University of Chicago Medical Center. The man is currently in critical condition, according to Heath’s second email.

Heath’s email stated that no one else was injured in the incident.

CPD and the University are both conducting investigations into the event. “Preliminary evidence indicates that the suspect began firing shots before he reached the intersection, and also fired at the officer,” a University spokesperson told The Maroon.

Per Heath’s email, CPD and the University are both conducting investigations into the event. He also wrote that “following UCPD protocol, the officer is being placed on mandatory administrative leave pending the outcome of the investigations.”

On Wednesday, UCPD released videos of the shooting taken from the officer's body camera and two security cameras at Kimbark Plaza. The body camera footage indicates that the officer fired three shots before the individual can be seen advancing, then two shots that struck the man. The officer then moved behind a parked vehicle and fired another four shots. At the end of the video, the man is seen on the ground.

UCPD has not immediately responded to The Maroon’s request for comment. This article will be updated as more information becomes available.