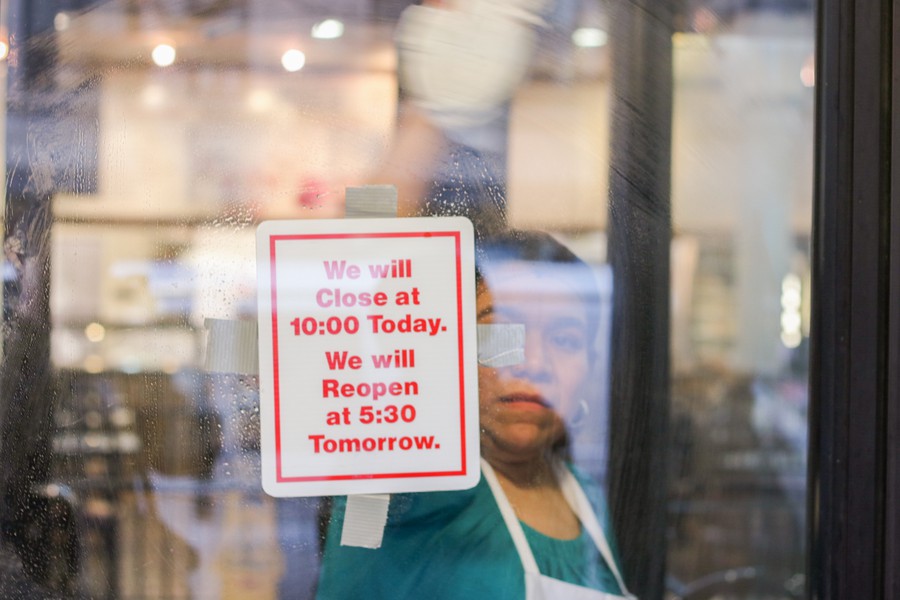 A Valois employee cleans the front door of the restaurant in advance of the interview.

An NBC News crew and Valois staff are setting up the 53rd Street restaurant for anchor Lester Holt to interview President Barack Obama in a few hours.

Around 11:30 a.m., people lined up outside the restaurant asked an NBC crewperson when the interview would begin. The crewperson said “much later.”

The Obama interview is at Valois. People already lined up outside. pic.twitter.com/aHgeeZcDOT

A sign in front of the cafeteria read “Thank You Mr. President!” and announced free breakfast from 6 a.m. to 10 a.m.: “Please join us as we bid farewell and express our gratitude to the President, Barack Obama, for eight great years.”

Yesterday, when asked by The Maroon if the Obama interview would take place at Valois, three different employees said they didn't know about an interview.

The president is known to frequent the restaurant, which features a “President Obama’s Favorites” menu and hosted a breakfast victory party after each of his elections. In 2014, Obama had breakfast at Valois with former Illinois Governor Pat Quinn. Valois manager Tom Chronopoulos said the president ordered “Two over bacon, hash browns, wheat toast, cup of hot tea.”

After the interview, Obama will give his farewell address to the nation at McCormick Place at 8 p.m.

By Pete Grieve and Jamie Ehrlich

The Spirit of Valois