A Retort to the Kalven Report 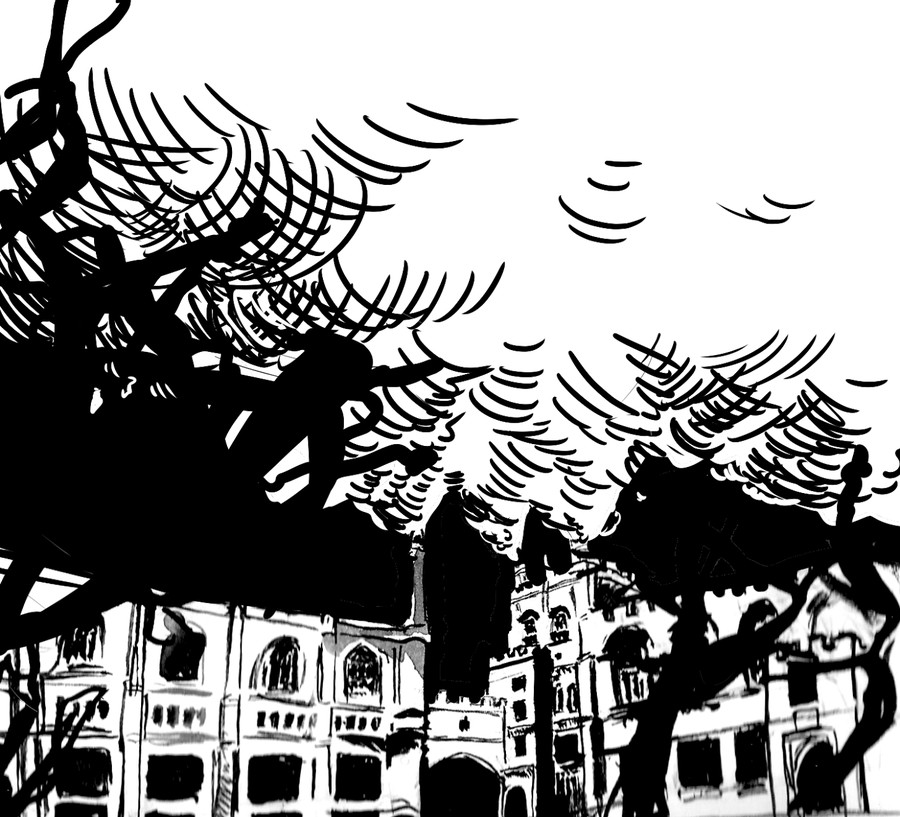 The University of Chicago’s unyielding embrace of the Kalven Report has been repeatedly called into question as of late. The University’s supposedly neutral stance on public affairs was challenged by a division of UChicago Student Action (UCSA), Stop Funding Climate Change (SFCC), which hosted a discussion on the Kalven Report. At this seminar, a panel presented their views. Speakers included Jendayi Jones, a third-year public policy major; professor Raymond Lodato, a public policy lecturer in the College; and Jamie Kalven, a UChicago graduate, founder of the Invisible Institute, and son of Harry Kalven. The panelists addressed an array of problems stemming from the Kalven Report, namely the administration’s lack of economic transparency and the clear political stance taken by the University when it refuses to acknowledge divestment from the 200 fossil-fuel companies that SFCC specifically protests against. The University has attempted to utilize the Kalven Report as a convenient way to avoid politically charged, but relevant, conversations about potentially divesting from fossil fuels. The University is feigning neutrality on an issue in which a neutral stance is not possible.

Investing in fossil-fuel companies, at its core, is a political move on the University’s part, as they economically benefit from and thereby support fossil-fuel companies. By refusing to discuss divestment, the University is implying that climate change is a political issue. But how can climate change be political when it is a scientific fact? This is an astonishing stance, given that universities inherently serve as champions of the dissemination of knowledge. This commitment to silence clearly violates the mission and fundamental values of the University and is at odds with the doctrine of the Kalven Report itself, which says that “in the exceptional instance, these corporate activities of the University may appear so incompatible with paramount social values as to require careful assessment of the consequences.”

The Kalven Report was originally designed to advocate for the students and faculty of the University community, but over time it has been reduced to something else entirely and now functions merely as a tool for the University administration to justify their problematic silence on salient issues like climate change. Junior faculty who were asked to sign their support for divestment were unwilling due to the issue of job security: “There have been professors we have come to in the past to ask for support, and they have said, ‘Yes, the University should divest, but I’m not tenured yet so I’m not going to sign.’ In a truly neutral institution, no one should have to fear for their job security for an innocuous belief,” Jones said.

There is no existing procedure for the community to approve of the administration’s investments. We, as members of the University community, must demand increased transparency from the administration with regard to its often politically fraught investments. The administration has consistently avoided even basic discussion of these concerns, an especially hypocritical act for a university that likens itself to a bastion of free speech: “We extended an invitation to Darren Reisberg, who is the interface between campus and the board of trustees. For the University to talk about free and open discourse and then to not even bother to come out here and hear its students is hypocritical and completely convoluted,” said Keegan Morris, a third-year political science major in the College and the co-coordinator of SFCC.

Disregarding members of the University community is not acceptable from the University administration. Disregarding scientific evidence and then employing the Kalven Report as an excuse to avoid action on climate change is profoundly antithetical to the fundamental goals of an academic institution. The University administration must change its one-sided relationship with the members of its own community in order to stay faithful to its most significant mission: the commitment to enrich and work for the welfare of our society.