Dozens of pages of internal University administration documents reveal information about the University budget and a number of upcoming initiatives. 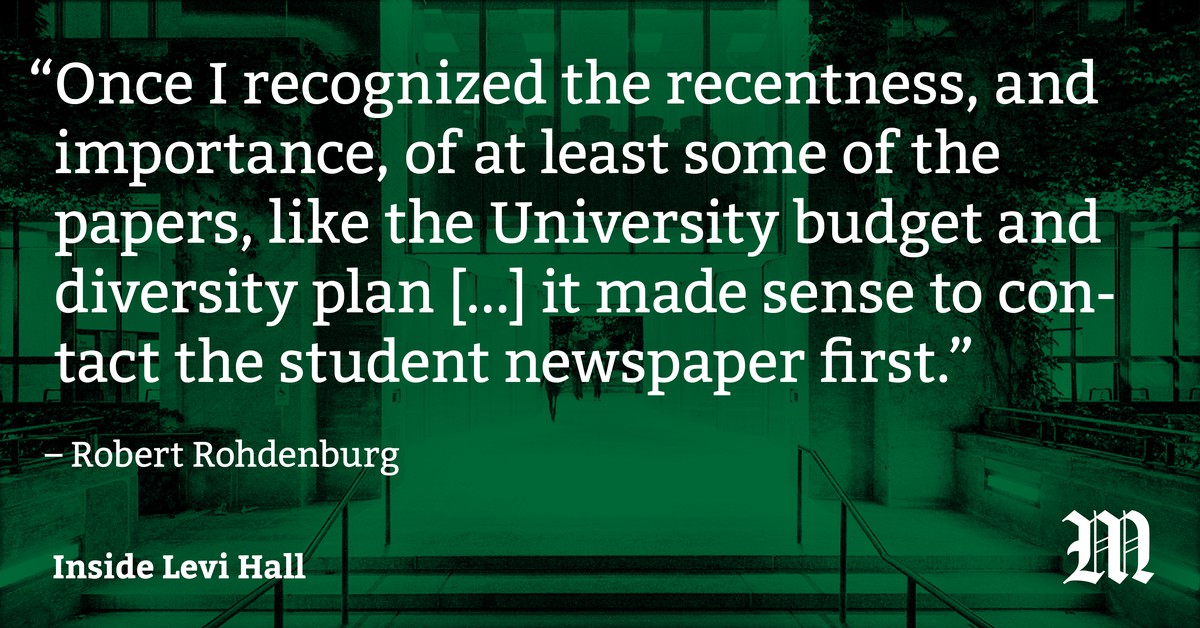 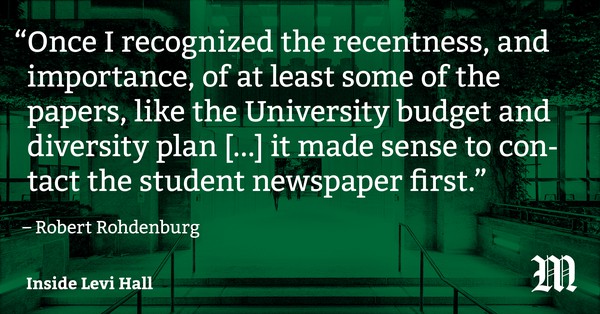 Sixty-six pages of internal University administration documents provided to The Maroon reveal previously unreleased information about the current state of the school’s budget, its diversity initiatives, and a free speech event that the University plans to host with presidents of other colleges.

On July 5, the collection of papers was found in a trash can located near the Belmont CTA station in Lake View. Robert Rohdenburg, a resident of the area, told The Maroon that he picked up the file in hopes of using it as scrap printer paper.

“Once I recognized the recentness, and importance, of at least some of the papers, like the University budget and diversity plan [...] it made sense to contact the student newspaper first,” he wrote in an email. Rohdenburg, whose public profile mostly involves advocacy for affordable housing in Chicago, has no apparent affiliation with the University.

Some of the documents that The Maroon did not regard as newsworthy were withheld from publication. Additional documents within the folder have been withheld because The Maroon judged that the risk of publication to University finances, when weighed against their newsworthiness, did not merit publication. The documents referenced within our coverage have been posted in edited versions here. Edits made to the documents are indicated in the corresponding articles.