A 10-page document mentions an “Ivy Plus” pipeline, changes to the Core, and cluster hiring. 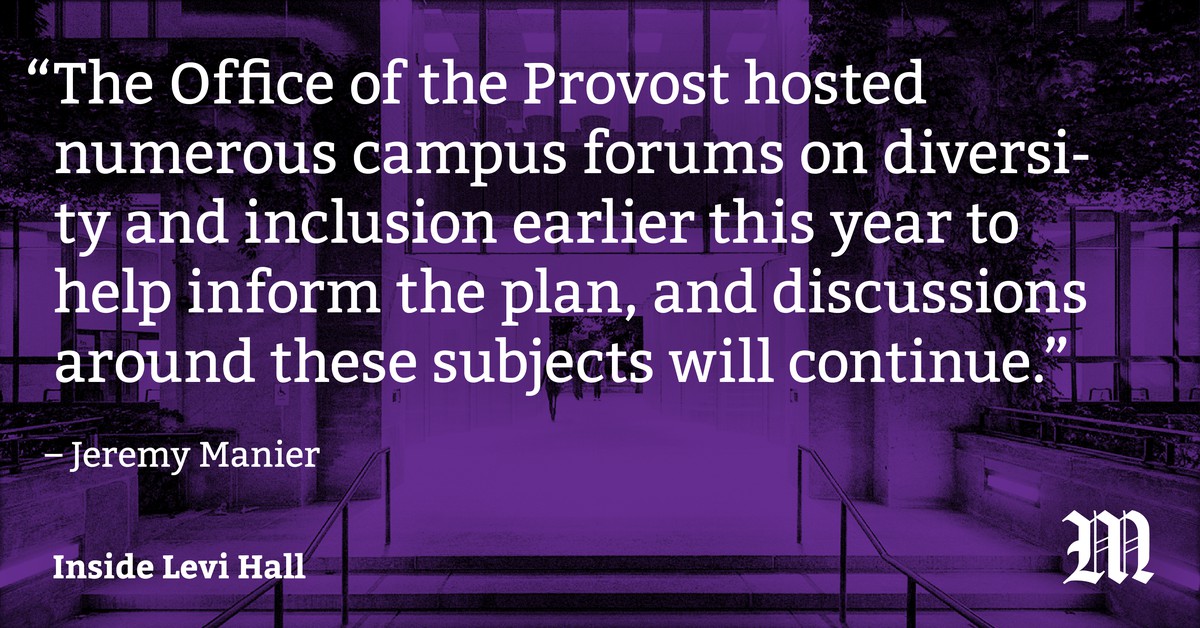 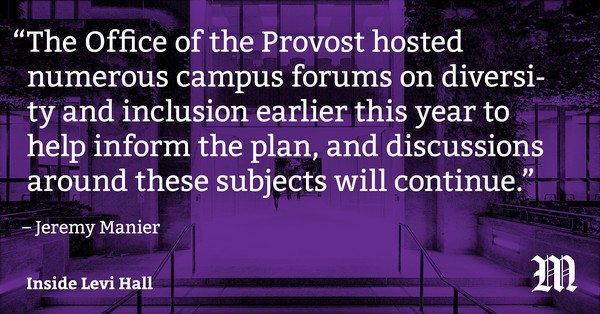 The administration has begun planning a strategy to improve diversity and inclusion at the University.

A private administrative draft of a 10-page document titled “Diversity + Inclusion Initiative—First Year Plan” shows the administration is considering a list of initiatives designed to make the University more diverse and inclusive.

The document details a number of concrete and potentially near-term actions the University may be poised to take—for example, hiring diverse faculty in “clusters” and creating a “visual map” of all of the University’s diversity efforts.

It shows that the University has apparently considered what it's calling the “Ivy plus program,” which would establish a pipeline to prepare more minorities for faculty positions at elite colleges.

The document also suggests that changes may be coming to the Core curriculum in the College as part of the University’s diversity and inclusion efforts.

In January 2017, a “Diversity Advisory Council” (DAC) composed of students and faculty produced a major report that preceded this stage of the University’s planning. The DAC recommended the University commit to the ambitious goal of doubling its underrepresented minority (URM) faculty by 2026.

While the administration may act on many of the recommendations put forth by the DAC, the draft procured by The Maroon does not commit to or mention the 2026 DAC target.

The document is based on the idea that the administration alone cannot solve the campus’s diversity and inclusion problems. The draft outlines ways in which the University community would continue to be involved: through more committees, more research, and more feedback.

On August 9, a University spokesperson issued a general statement to The Maroon in response to a list of specific questions sent on August 3. The statement appears to acknowledge that the document is real while simultaneously insinuating that the information in the document is not the University’s final plan.

“The material you have is not the plan — it’s a document that reflects early ideas and uses Latin placeholders to help determine the layout of an eventual plan document,” University spokesperson Jeremy Manier said in an e-mail. “It would be inappropriate for me to speculate on what the plan might contain while that work is ongoing. The Office of the Provost hosted numerous campus forums on diversity and inclusion earlier this year to help inform the plan, and discussions around these subjects will continue.”

Manier declined to answer additional questions about this statement.

The University has said it anticipates issuing its plan in 2017.

A series of incidents in fall 2014—including a controversy over racist Halloween costumes and a racist threat posted to a student activist’s purportedly hacked Facebook page—catalyzed a campus-wide conversation on race. (The Facebook post itself was later revealed to be a hoax.)

A petition posted in that time period calling on the administration to “address the culture of racial intolerance” at the University garnered more than 2,000 signatures and was presented to administrators later that month. In support of the petition, a group of protestors led chants in the Harper Library reading room. A separate faculty petition demanded the administration create a “long-term plan” around issues of race relations.

The administration promised in a school-wide message to follow up with specific actions the University would take to maintain “a diverse campus environment free from harassment and discrimination.” In December 2014, the University said it would undertake a major survey project to get data on the “campus climate” relating to diversity and inclusion and would convene a “Diversity Advisory Council” to advise the University on “further steps we can take to increase the diversity of our faculty, students, and staff.”

In spring 2016, the University released preliminary results from the campus climate survey. The survey did not paint a particularly rosy picture of minority experiences at the University of Chicago. Among other findings, 40 percent of black students surveyed said the overall environment was racist.

In January, the DAC issued its report. The committee identified institutional lapses and recommended that the University commit to several ambitious goals.

The administration has invested significant resources to take stock of how the University of Chicago community feels about the state of diversity and inclusion on this campus. This document shows that the administration is in the process of outlining the steps it will take to try and address identified problems.

The draft obtained by The Maroon identifies five general areas for the University’s efforts around diversity and inclusion: “infrastructure, people, climate + community, distinctive and empowering education, and inclusive inquiry.”

A paragraph notes that these areas of focus may be reassessed and updated to reflect the “current needs of the campus,” though “other topics will remain as evergreen, as we see diversity work as a process, not an end goal.”

A paragraph about how the University will measure the success of its actions notes that “the plan should be owned and implemented by the campus not the Provost’s office.”

The draft says the University will take several “actions to identify, recruit and retain faculty, students and staff, with a focus on those who have been historically underrepresented in academia.”

The draft includes new initiatives to “foster new campus relationships to create a supportive, inclusive environment for all.”

This portion of the draft is about “teaching students, faculty and staff through rigorous, evidence-based trainings.”

This part of the draft is concerned with “creating and sharing new knowledge around successful diversity interventions.”

The draft of the “Infrastructure” portion of the document identifies three initiatives toward “building infrastructure that allows the institution to support the work of the D&I plan.”