A starting guide to help you explore the wonders of Chicago.

By Camille Kirsch   and Hannah Edgar 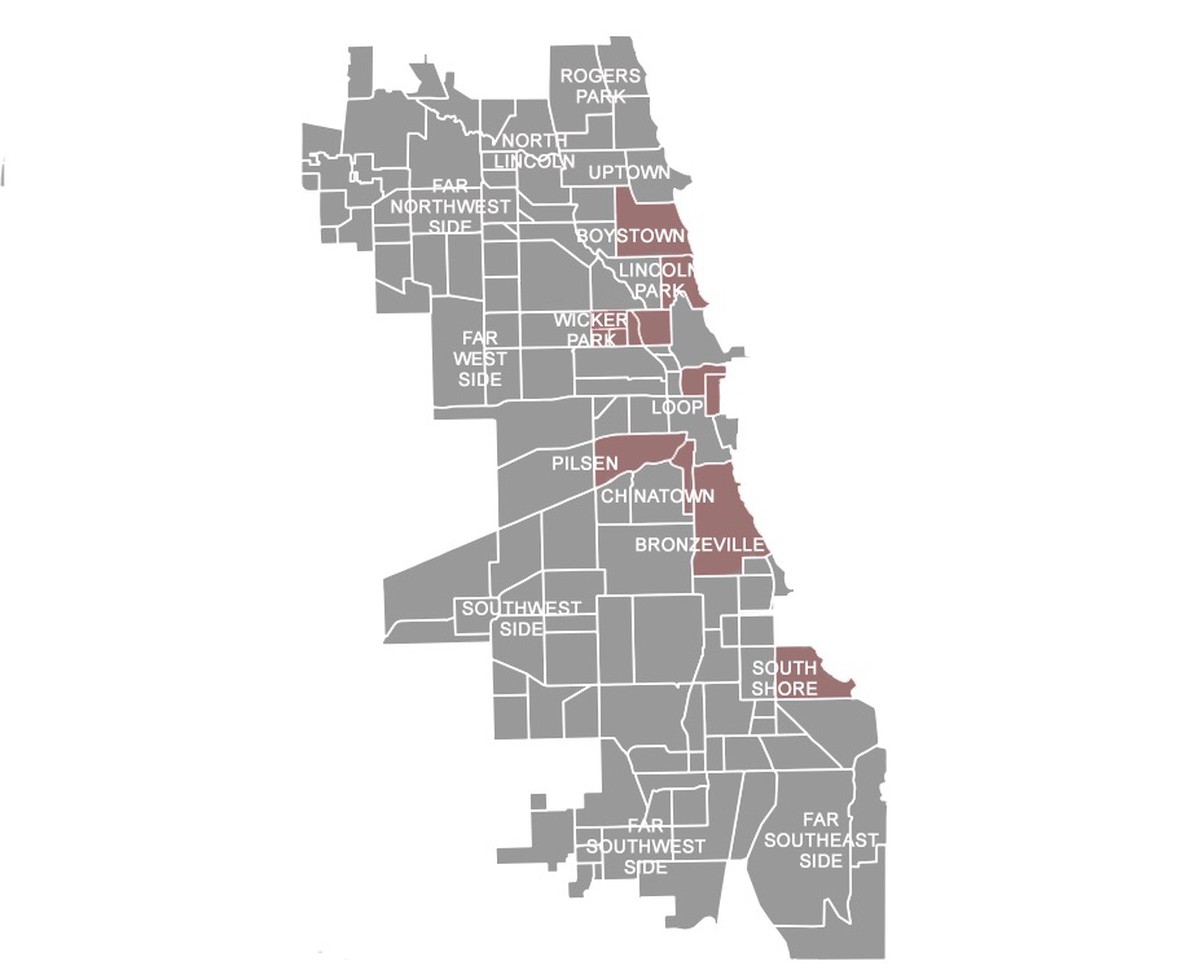 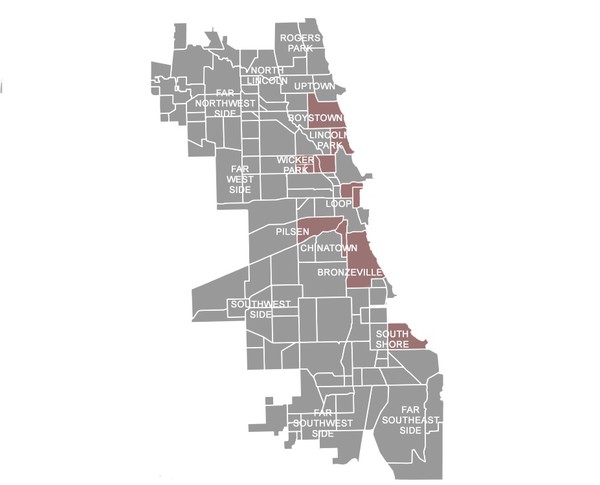 Boasting countless vibrant neighborhoods, Chicago is a city of just-as-innumerable personalities. You’ll find that each of Chicago’s neighborhoods has a distinct character, often dramatically different from that adjacent to it. To make things more overwhelming, the city’s 77 formally-defined community areas are not always synonymous with its neighborhoods, which are fluid and ever-shifting.

Given that Chicago encompasses some 230 miles, naturally some destinations are more accessible than others. Don’t let distance dissuade you from exploring a new part of the city; thanks to UPass, anything accessible via the Chicago Transit Authority (CTA)’s network of buses and trains is within your reach.

Here, we’ve spotlighted just a few patches in the sprawling quilt that is Chicago. This list shouldn’t be viewed as restrictive. Rather, think of it as a launching pad. Happy exploring!

The University likes to talk up its affiliation with Michelle Obama, who founded our Community Service Center in 1996. But Obama isn’t a Hyde Park native—she was raised in a tiny one-bedroom in South Shore. Other famous former South Shore residents include Kanye West and Larry Ellison. When you visit, be sure to check out the historic South Shore Cultural Center, which boasts a nine-hole golf course, art galleries, and a gorgeous, expansive beach.

The seminal works of poet Gwendolyn Brooks—whose centenary is being celebrated in the city through next summer—took Bronzeville as their muse, and it’s easy to see why. This historically African-American neighborhood has long been one of the city’s cultural hotbeds and a nucleus of grassroots activism, music, food, and art.

Things to Do: Marvel at the towering monuments on Martin Luther King Jr. Drive, visit the historic South Side Community Art Center, check out performances and events at the Harold Washington Cultural Center, admire contemporary art at Blanc Gallery and Gallery Guichard.

An easy CTA ride away, Chinatown is a popular student haunt, with restaurants and bars that stay open until the wee hours of the morning. Though Chinese restaurants and businesses reign supreme here, the neighborhood has become a mecca for restaurateurs of other nationalities, serving up everything from Mongolian hot pot to bibimbap.

Things to Do: Get dim sum, stroll the grounds of Ping Tom Memorial Park, root for the White Sox at nearby Guaranteed Rate Field (one Red Line stop away), study at the new Chicago Public Library branch, binge on bubble tea, belt it out at a karaoke bar with friends.

This predominantly Latino neighborhood is a hub for Chicago’s thriving art scene. Walk through the neighborhood's streets and you’ll spot the bright, bold murals that have made Pilsen a destination and pass by galleries filled with some of the city’s most original work.

Things to Do: Take pictures at the murals on 16th Street, grab a bite at one of Pilsen’s acclaimed Mexican restaurants, stroll through the Chicago Arts District, tour the neighborhood’s historic churches, visit the National Museum of Mexican Art.

Essentially Chicago’s “downtown,” the Loop gets its name from the elevated (El) CTA lines which circumscribe it. But the Loop is more than just a transfer point. It’s also a major (and therefore touristy) sightseeing destination, boasting plenty of museums, concert halls, and parks. But beware—just about everything in this nine-to-five business hub closes early.

Things to Do: Get into the Art Institute for free with UChicago’s Arts Pass, take a selfie at Anish Kapoor’s Cloud Gate at Millennium Park (a.k.a. The Bean), get sprayed by Buckingham Fountain in Grant Park, take a man-powered elevator up the historic Fine Arts Building, peek inside the Chicago Athletic Association (and, if possible, enjoy a drink).

This tree-lined neighborhood nestles itself among some of the city’s most beautiful parks. Stroll through 1,208 acres of green space in Lincoln Park itself or stretch out on the beach, where sand meets skyscrapers. When you’re done with nature for the day, there are plenty of shops and restaurants to be found.

Things to Do: Take a walk on the wild side at the Lincoln Park Zoo, go to the Steppenwolf Theatre, take in the sights of the Alfred Caldwell Lily Pool, learn about your city at the Chicago History Museum, catch the pennant-winning Cubs in nearby Wrigleyville.

Home of Chicago’s hipsters, Wicker Park is a great place to grab an artisanal drink while wandering through bustling streets. This neighborhood was once the epicenter of Chicago’s thriving Polish community and inspired the novels of Nelson Algren. These days, the neighborhood has diversified, and young professionals of all ethnicities drive the neighborhood’s thriving restaurant and art scenes.

Things to Do: Grab brunch with your friends, stroll down The 606 trail, picnic in Wicker Park, shop the neighborhood’s many vintage boutiques and thrift stores, crawl through record stores, and cap it off with a cocktail (or coffee!).

Welcome to Chicago’s most LGBTQ-friendly neighborhood. Boystown, which hosts the Chicago Pride Parade every year, is home to one of the nation’s largest gay communities. The neighborhood is known for its thriving nightlife and boutique shops, as well as for the Center on Halsted, which gets over a thousand visitors daily.

Things to Do: Attend an event at the Center on Halsted, go thrifting in local boutiques, catch a Blue Man Group performance at the Strawdog Theatre Company, enjoy a drag show at one of the neighborhood’s nightclubs, or indulge your sweet tooth at Windy City Sweets.