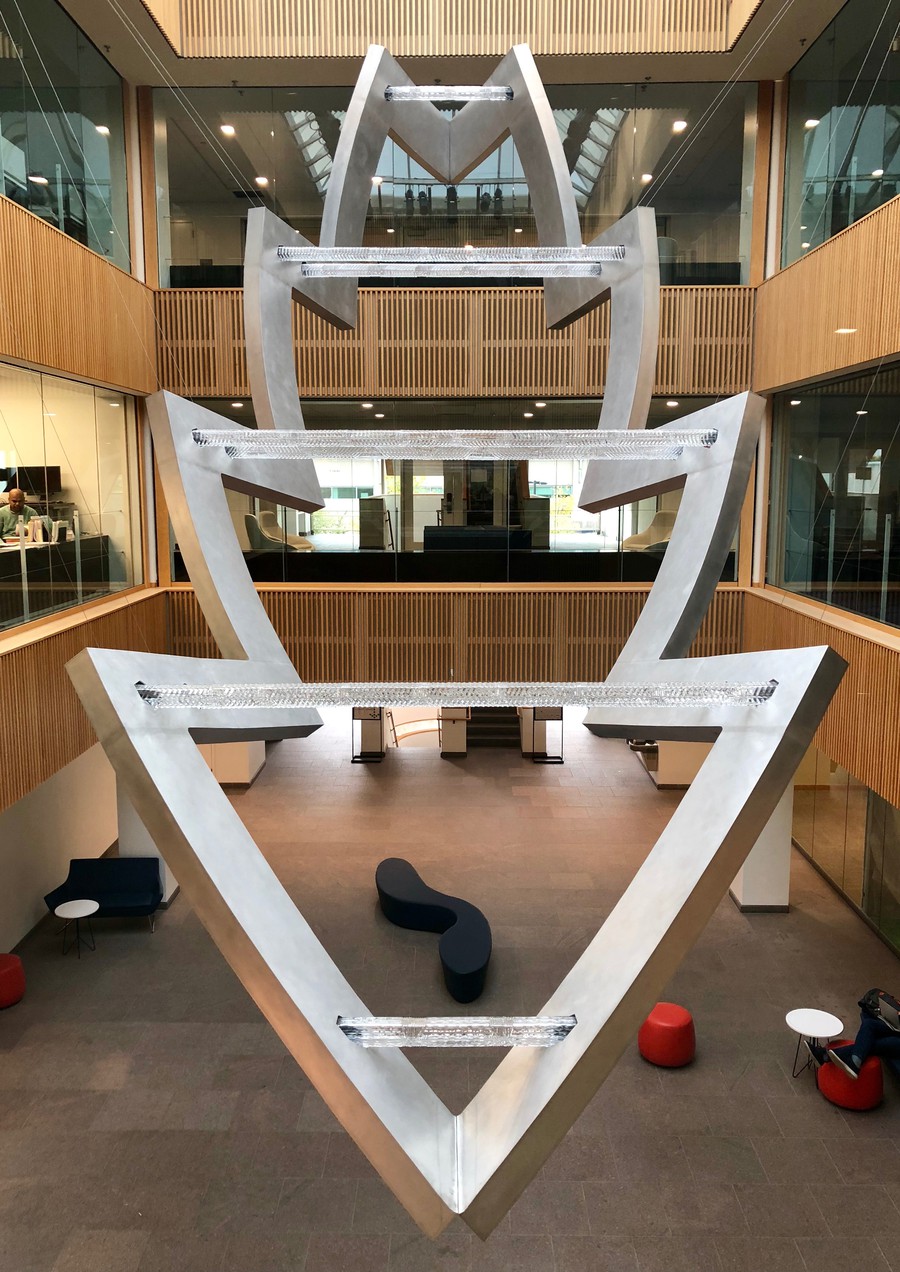 Crystara, the John David Mooney sculpture that hangs in the atrium of The John Crerar Library.

At last week's opening of the newly renovated John Crerar Library, which now houses the Department of Computer Science and the Center for Data and Applied Computing, President Robert Zimmer and Provost Daniel Diermeier stressed that substantial further investment in computer science is on the horizon.

Zimmer described the move to Crerar as “one piece of what we intend to be a large sequence of investments in computer science,” but did not offer specific plans for expanding the department.

The comments come on the heels of the recent election of Microsoft CEO Satya Nadella (M.B.A. ’97) to the University’s Board of Trustees, and may suggest that technology and computing interests will have a larger voice in shaping the University’s development.

In his remarks, Zimmer described a “seminal moment for our community science department.” Some of his comments appeared to tease plans for departmental expansion:

“I’m looking forward to the moment when the building is too small, because the activities in computer science have grown so much, and so robustly, that we’ll have another problem figuring out what it is we have to do next in terms of space.”

Speaking after Zimmer, Diermeier reiterated the president’s emphasis on the department as a top area of interest for investment and growth.

“As Bob has mentioned, growing the computer science department…is one of the top priorities for us at the University at this moment,” Diermeier said.

Rob Mitchum, communication manager for the department of computer science, told The Maroon that following the move to Crerar, there are no immediate plans for a new building designated exclusively for computer science.

“The Department of Computer Science continues to expand by adding new faculty members, and we'll be increasing activities in the Center for Data and Applied Computing and the Media Arts, Data, and Design Center later this academic year, but there are no current plans for new facilities beyond the new space in the Crerar Library.”

When the Crerar renovation was originally announced in 2016, Edward “Rocky” Kolb, dean of the Physical Sciences Division, told The Maroon that the move to Crerar constituted “yet another step toward the division’s goal of having every department in new or renovated space by 2022.”

The full event can be viewed via this Facebook livestream.

The article was updated to reflect that the Computation Institute no longer exists, as of this past summer. Instead, the Crerar office space will house the Center for Data and Applied Computing, in addition to the Department of Computer Science.