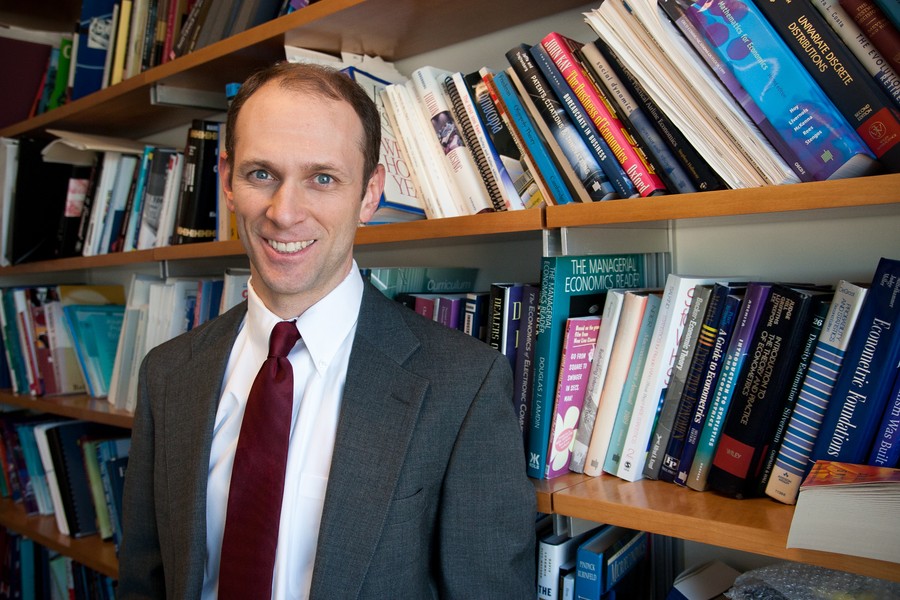 Goolsbee, who was an economic adviser to former president Barack Obama, completes the mayor-appointed board of seven members, filling the seat left open by Michael Garanzini’s resignation last year.

In January, he was asked to debate Steve Bannon were Bannon to come to campus.

Goolsbee joins the board as it slowly recovers from a budget crisis and now oversees an $8 billion budget. Aside from deciding what areas and in which schools the district spends its money on, the board approves the opening of charter schools, district-wide school policies, employee actions, among other responsibilities. While Emanuel stressed Goolsbee’s experience as a professor and adviser as proof of his capability for the position, the Chicago Teachers Union denounced the appointment, citing it as another reason Chicago should switch to an elected school board.

In 2010, Obama nominated Goolsbee to serve as chair of the Council of Economic Advisers, the body that advises the president on economic policy. In his time at the White House, during which he was voted funniest person in Washington, D.C., Goolsbee often crossed paths with Emanuel, who was serving as Obama’s chief of staff. When Emanuel left the White House to run for mayor in 2010, Goolsbee gave Emanuel a dead fish as a parting gift.

Emanuel said in a statement that Goolsbee “has a lifetime of knowledge and leadership as an educator in Chicago,” making him “inimitably qualified to further strengthen the Board of Education.”

The Chicago Teachers Union, however, does not see Goolsbee as suitable for the position.

The Union’s statement reads, “The mayor had an opportunity for once to show that he at least marginally valued the voice of educators and school communities.”

“Instead,” the statement continues, “he appointed a proponent of the kind of public-private 'partnerships' that are rich in returns for corporate investors, and poor on public oversight and accountability for the Black, Brown and working class families who are forced to bankroll the privatization of public services.”

As Chalkbeat Chicago reported, Goolsbee has limited personal experience with traditional public schools. He graduated high school from Milton Academy, a private college preparatory school in Massachusetts, and his children attend the UChicago Lab Schools. He has expressed opinions on issues in public education, however. Goolsbee said in a 2015 survey of economists that allowing parents to use publicly-funded vouchers to pay for their children to attend private schools can harm public schools.

The Union stressed that Goolsbee’s appointment “sharpens the need to give Chicagoans what they have demanded for years: an elected, representative school board.”

The Chicago mayor has held control of the school board since 1995, although Chicagoans have long opposed mayoral appointment. In 2011 and 2015 city elections, most voters expressed support of an elected school board in non-binding referendums.

Governor-elect J.B. Pritzker has said he would support an elected school board, as have many mayoral candidates, including Toni Preckwinkle and Lori Lightfoot.

Goolsbee did not respond to The Maroon’s request for comment.

Commenting on the New Yorker's disinviation of Bannon, Goolsbee said he "bailed out" on their debate.